Lesbos After Moria Fire: 'People Are Still Living in Tents by the Sea'

The infamous Moria refugee camp on the Greek island Lesbos burned down one year ago. Living conditions for migrants living there have hardly improved. A migrant carries her belongings following a fire at the Moria camp for refugees and migrants on the island of Lesbos, Greece, September 9, 2020. Photo: Reuters/Elias Marcou

When a fire destroyed the Moria camp on the Greek island of Lesbos on September 8, 2020, it was not the first time flames tore through Europe’s largest refugee camp. But this blaze left more than 12,000 homeless shortly before the arrival of winter, and many are still living in temporary accommodations.

A few camp residents started the fire, presumably out of frustration and despair. They could no longer stand living in what they referred to as “hell.” The Greek authorities showed no leniency: four young migrants were arrested and each was sentenced to 10 years in prison each for arson.

At the same time, Kyriakos Mitsotakis’ conservative government promised a new beginning in Greek refugee policy, pledging that overcrowded camps like Moria, what had been called the “shame of Europe,” would be shut down.

New camps were already planned, he said. But in the interim, an emergency camp would be set up on Mavrovouni beach, not far from the island’s capital, Mytilene. The refugees and migrants from Moria were to settle there for a few months.

But the Greek saying goes, nothing lasts longer than a temporary solution, and, to this day, refugees are still holed up in the Mavrovouni tent camp.

Kara Tepe, a nearby shelter that could have offered at least some of the migrants better living conditions, was shut down in April 2021 on government orders. A new camp for several thousand people is scheduled to be built soon in the more remote Plati region as a replacement. The Greek government has received millions of euros in EU funding for the construction of modern camps. 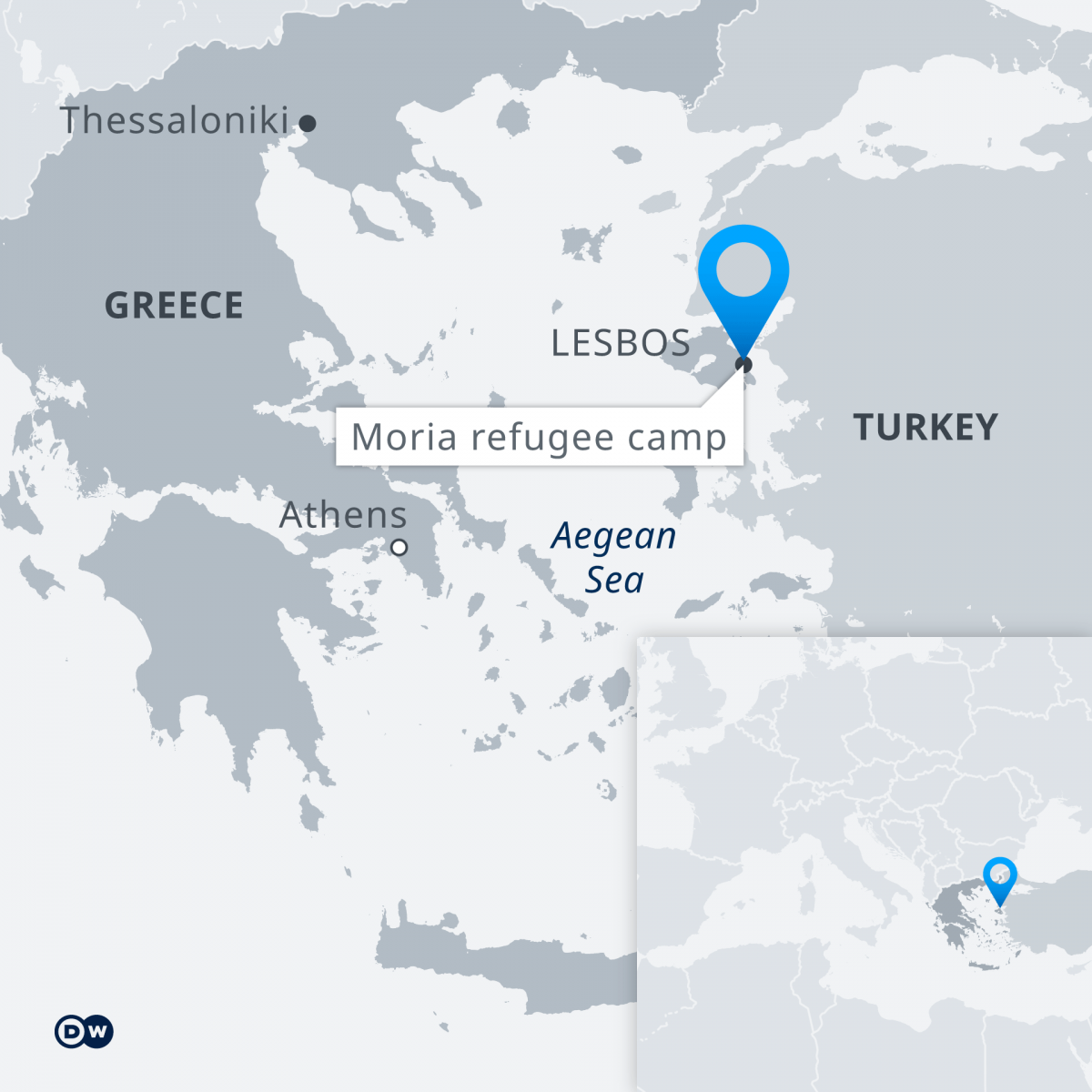 Originally, the Plati camp was supposed to be ready to welcome refugees in the fall of 2021. The delay is due to resentment among the population and bureaucratic obstacles, said Angeliki Dimitriadi, a political scientist and migration researcher at the Athens-based ELIAMEP think tank.

“Permits for electricity and water lines, the transport of building materials, even the legally required tenders take a lot of time — not only on Lesbos,” Dimitriadi told DW.

According to the UN High Commissioner for Refugees (UNHCR), in Greece, about 3,500 asylum-seekers currently live on Lesbos, most of them Afghans. Before the Moria fire, the island housed more than 17,000 refugees. Thousands of migrants have been transferred to the Greek mainland since then, either because their asylum applications were approved or because they were recognized as “vulnerable persons” in need of special protection.

Local politicians on Lesbos exerted pressure to ensure that new arrivals would not stay on the island for long. Unaccompanied minors and other “vulnerable persons” who landed on Lesbos were resettled elsewhere in Europe under an EU-funded program.

Fewer people but the same problems

“The very fact that so many people are no longer crammed into such a small space has improved living conditions on Lesbos,” Dimitriadis conceded, but she added the fundamental problems are unchanged. “People are still living in tents, right by the sea. When it rains, the makeshift camp is flooded. In the summer, the heat is unbearable.”

“With the number of refugees on Lesbos down, now would be the time to start construction and repair work at the Mavrovouni camp before winter sets in,” UNHCR spokeswoman Stella Nanou told DW. A police officer checks belongings of men as they prepare to move to a new temporary camp for migrants and refugees, on the island of Lesbos, Greece, September 22, 2020. Photo: Reuters/Yara Nardi

At present, however, “effective border protection” is the top priority. In early July, Migration Minister Notis Mitarakis told parliament that the number of new arrivals to Lesbos and the other eastern Aegean islands has dropped by 96% over the past 12 months.

“This governmenthas regained control of the refugee crisis,” the conservative politician said. His remark came as a dig against the left-wing SYRIZA party, which was in power until 2019 and which the conservatives accused of naive open borders policies.

‘Thankless job on the external border’

In June 2017, long before the change of government in Athens, the left-leaning Efimerida ton Syntakton reported on illegal rejections of asylum-seekers by the Greek authorities at the country’s borders, so-called “pushbacks.” In the years since, there have been more reports alleging pushbacks of migrants. The UNHCR considers some of the evidence to be credible and recommends that the Greek government establish an independent control mechanism.

The Greek government has denied all accusations. The EU is threatening to block further funding for the Greek coast guard — the only means of pressure the EU Commission has, according to Dimitriadis.

“Without backing in Europe, the tough Greek policy would probably not be possible. Basically, the other Europeans are pleased that the Greeks are taking on this thankless job on the external border,” she said.

This article has been translated from German. It was originally published by DW.