The Taliban, fighting to oust US and other foreign forces and defeat Afghanistan's Western-backed government, plan to take part in talks on Afghan peace in Moscow on September 4, Russian foreign minister Sergei Lavrov was quoted as saying. 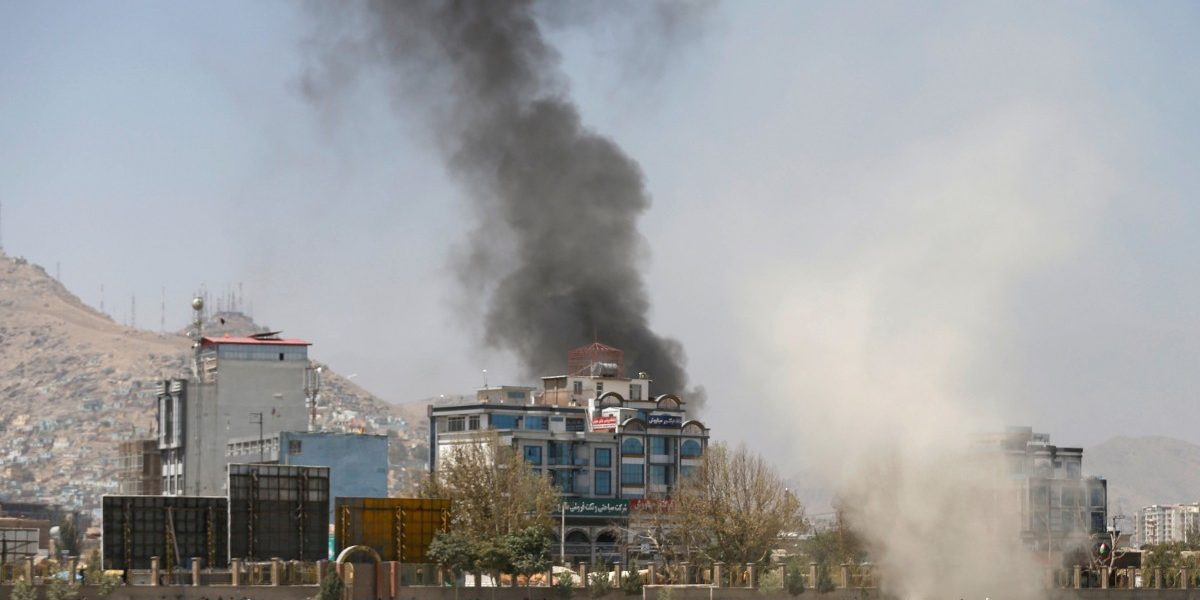 Smoke rises from the site of an attack in Kabul, Afghanistan August 21, 2018. Credit: Reuters/Mohammad Ismail

The Taliban, fighting to oust US and other foreign forces and defeat Afghanistan’s Western-backed government, plan to take part in talks on Afghan peace in Moscow on September 4, Russian foreign minister Sergei Lavrov was quoted as saying on Tuesday.

The Taliban this week rejected a government offer of a three-month ceasefire and said they would press on with their war, two insurgent commanders told Reuters, after a series of militant attacks in which hundreds of people have been killed.

According to a senior diplomat in Kabul, Moscow in recent months has stepped up direct contacts with the Taliban, which is formally banned in Russia.

Russia has invited 12 countries, including the United States, to the Moscow talks next month but the United States has declined the invitation. Russia’s foreign ministry said on Wednesday it regretted the US decision.

Nearly 40 years have passed since Moscow sent its troops into Afghanistan, beginning a bloody decade-long occupation and factional conflict which is still going on.

This year, Russia rejected an accusation by NATO’s top commander in Afghanistan that it had been supporting and even supplying weapons to the Taliban.

A Western diplomat in Kabul said Russia was seeking to increase its influence and improve its image in Afghanistan by inviting Taliban leaders for talks.

The Taliban have yet to announce if they would attend the Moscow talks.

Back-channel diplomacy between the Taliban and a range of countries — including the United States, Turkey and Saudi Arabia — has taken place over the years to end the latest phase of Afghanistan’s decades of war, which began with a US invasion in 2001.