The purpose of changes in Jammu and Kashmir's constitutional status is to give a sense of victory by appeasing the majority population across India. 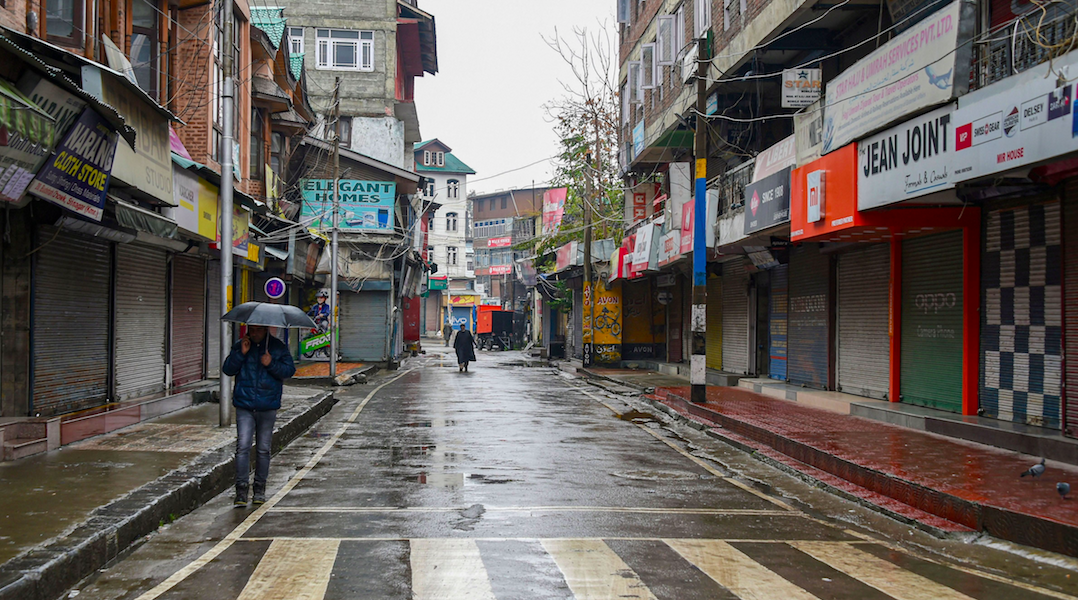 A deserted view of a market during shutdown, in Srinagar, Friday, November 22, 2019. Photo: PTI 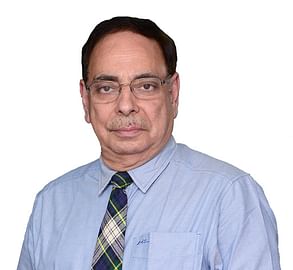 On August 5, 2020, it will have been one year since the division of the erstwhile state of Jammu and Kashmir into two Union Territories and revocation of the special status granted to it under Articles 370 and 35A of the constitution.

The year began with the use of draconian measures – locking down the population and arresting whosoever mattered, including three former chief ministers, their cabinet colleagues, workers of political parties and eminent lawyers. Even teenagers and young children were not spared the repression. All modes of communications, which included, landline, mobile telephone services, the Internet and publication of newspapers, were snapped. The resulting chaos, anguish and pain caused to Kashmiris, wherever they were living, in India or abroad is well known all over the world.

The majority of those in the Valley who were reconciled to the fact that their future is best served by living peacefully with India have changed their views. They feel humiliated, cornered, and their souls have been wounded. There was spontaneous resistance and protests and shows of unity by way of the voluntary shutdown of all shops, except briefly in the mornings, to sell essential items for several months. All public transport stayed off the roads for several months. With no leaders to guide them, however, these protests gradually gave way and life started limping back to an uneasy calm. The reasons were mainly economic.

However, the disruption caused by the August 5, 2019 decisions – especially the Internet blockade – continue to adversely affect the lives of ordinary citizens. The tourism industry has been decimated shut, hotels and houseboats were empty. Patients faced enormous difficulty in reaching hospitals, even lifesaving medicines became scarce for some time. People living in villages and far-flung areas were the worst affected. Students lost academic sessions because all educational institutions remained effectively closed till March 2020. The professionals felt totally alienated and out of touch without proper Internet. 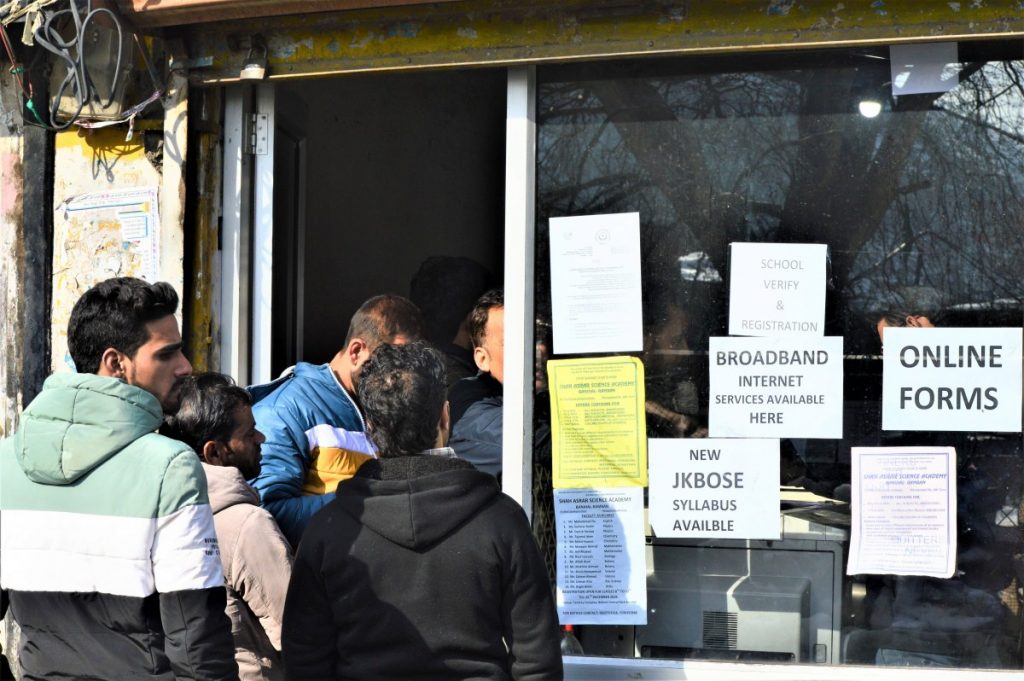 Also Read: A Year Without High-Speed Internet Has Been a Nightmare for J&K’s Entrepreneurs

Hollow claims of prosperity and development

The Centre’s repeated claims that all this has been done to bring in prosperity and development have been hollow and unconvincing. The anniversaries and events linked to Sheikh Mohammed Abdullah, the tallest leader of Kashmiris, have been scrapped and the decisions to rename places which were called Sher-e-Kashmir (as the Sheikh was commonly referred to) do not augur well. The allergy to the name of Jawahar Lal Nehru who along with the Sheikh were two very important personalities in executing the accession signed by the Maharaja is so visible.

How does renaming the Chenani-Nashiri tunnel as Shyama Prasad Mukherjee tunnel, Radio Kashmir to All India Radio Srinagar, the Public Health engineering as Jal Shakti Department board and scrapping the holiday of Martyrs’ day of July 13, etc, bring in development? The development indices of the erstwhile state had always been higher than the national average. In reality, the purpose of these changes is to polarise the country on a religious basis and give a sense of victory by appeasing the majority population across India, when on the economic front there has been a dismal failure.

Kashmiri Pandits in general and especially those in the Jammu camps initially felt happy because they had high hopes for their upliftment. They, however, have yet to see any change in the last six years of the present regime. Their plight, on the other hand, is being sadly highlighted and being used to get votes from various parts of the country by playing on the Hindu sentiment. Unfortunately, they have been fleeced of whatever assets they had brought by unscrupulous elements in Jammu, who, besides this, hiked the rents and prices of daily use commodities. Finally, now after 30 years they are in a state of confusion and have become irrelevant in the politics of the UT.

The administration and civic amenities in the Valley have gone for a toss. All construction work which was going on till the end of July 2019 has come to a halt. Most non-Kashmiri labour which was driven out from the Valley has not returned. The roads are in a pathetic condition, broken electricity wires are leading to electrocutions. The whole atmosphere is gloomy and hopeless. Psychiatric problems, especially depression, have seen an upsurge. People have given up hope, seeing the economic conditions of the country and the laws being forced upon them. 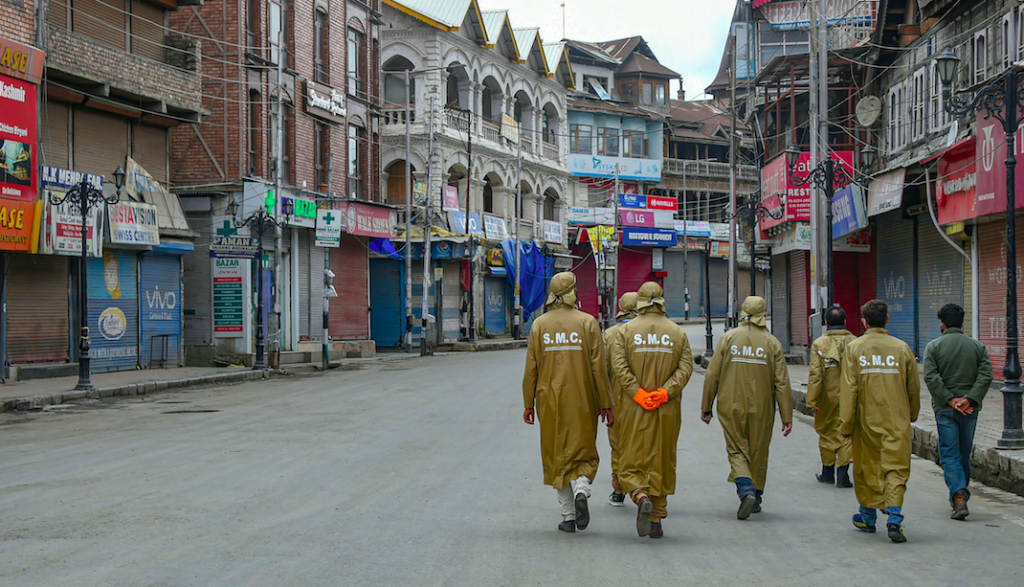 Workers survey an area during the coronavirus lockdown in Srinagar, March 26, 2020. Photo: PTI

Some political leaders have been released, apparently with pre-conditions, and are ‘speechless’. Newly groomed leaders without any political base are being promoted while their erstwhile party bosses are still in detention. The slow relaxation process after seven months began in March 2020,  giving a new hope and a new beginning. As Kashmiris say, “Wande Challe Sheen Galee Bayi eey Bahar” –  after every winter, the snow melts and spring comes back with bright life once again.

Also Read: One Year On, Modi’s Kashmir ‘Master Stroke’ Has Proven to Be a Massive Flop

However, this was the time when COVID-19 stepped in and a lockdown with a different purpose started. The Kashmir health department has been working very hard with medical facilities and a 3-tier system in an attempt to contain the infection. The mortality of COVID-19 in the UT is lower than that of the national average. However, while people and the local administration were fighting the pandemic, a new set of domicile laws were announced, making several categories of people eligible for a domicile certificate. For the people of the Valley, this was yet another dose of humiliation. The purpose of these laws is to change the demography of Kashmir and nothing else, prior to the delimitation of the erstwhile state. The claims of bringing in prosperity and development seem a ruse.

One only hopes that the entire exercise was not meant to teach the people of the Valley a bitter and painful lesson for agitating to maintain a special status and not simply merging with the Indian union as other parts of the country had done.

Upendra Kaul is a Kashmiri cardiologist. He is a recipient of the Padma Shri and the Dr B.C. Roy Award.