With a burgeoning middle-class, a growing concern for the environment, easy access to information and the opening up of newer markets, India's handicrafts sector has a bright future. The Delhi Crafts Council (DCC) held its iconic annual exhibition-cum-sale, Kairi, on March 14-16 in New Delhi. This year, along with Kairi, the DCC also held an exhibition called Navodit Shilpi to showcase products made by artisans who have been awarded the Kamladevi Puruskar. These awards were instituted way back in 1986 and till now, over 180 young artisans have been awarded.

The event gave us an opportunity to have some thought-provoking conversations with craftspersons about the current status of handicrafts in India, especially at a time when there is a growing perception that handicrafts as a sector is fast losing its relevance.

The general wisdom is that artisanal products will survive in limited circles such as exhibitions organised by NGOs indulging in nostalgia. It is also believed that crafts will not be able to keep pace with modern realities – like the rapid pace of urbanisation, the automation of production, digitisation and changes in tastes and consumer behaviour. The overwhelmingly young population of India is aspirational and has little time to appreciate the detailing that goes into handicrafts.

We had a free-flowing conversation about some of the perceptions with the motley collection of artisans present at the exhibition and also colleagues from the DCC.

The artisans came from different regions of India and practiced a range of crafts. Syed Asif from Saharanpur got an award for wood carving. Saumya Kumari, who came from Bihar, was awarded for Sujani embroidery. Young Arpan Maity came with his beautiful mat weaving products from Midnapore in Bengal. Vishnudas Suryavanshi was awarded for the centuries-old craft of metal-casting. He came from Jalgaon in Maharashtra and Tabassum Sultana came with her colourful bangles from Jaipur in Rajasthan.

Also read: Handlooms Are Dying – and It’s Because of Our Failure to Protect Them

The handicrafts sector falls under the category of the unorganised or informal sector for which there is very little reliable data. It is the second largest sector in terms of providing employment after agriculture. The estimates for the number of people involved in this sector varies from 40-200 million. 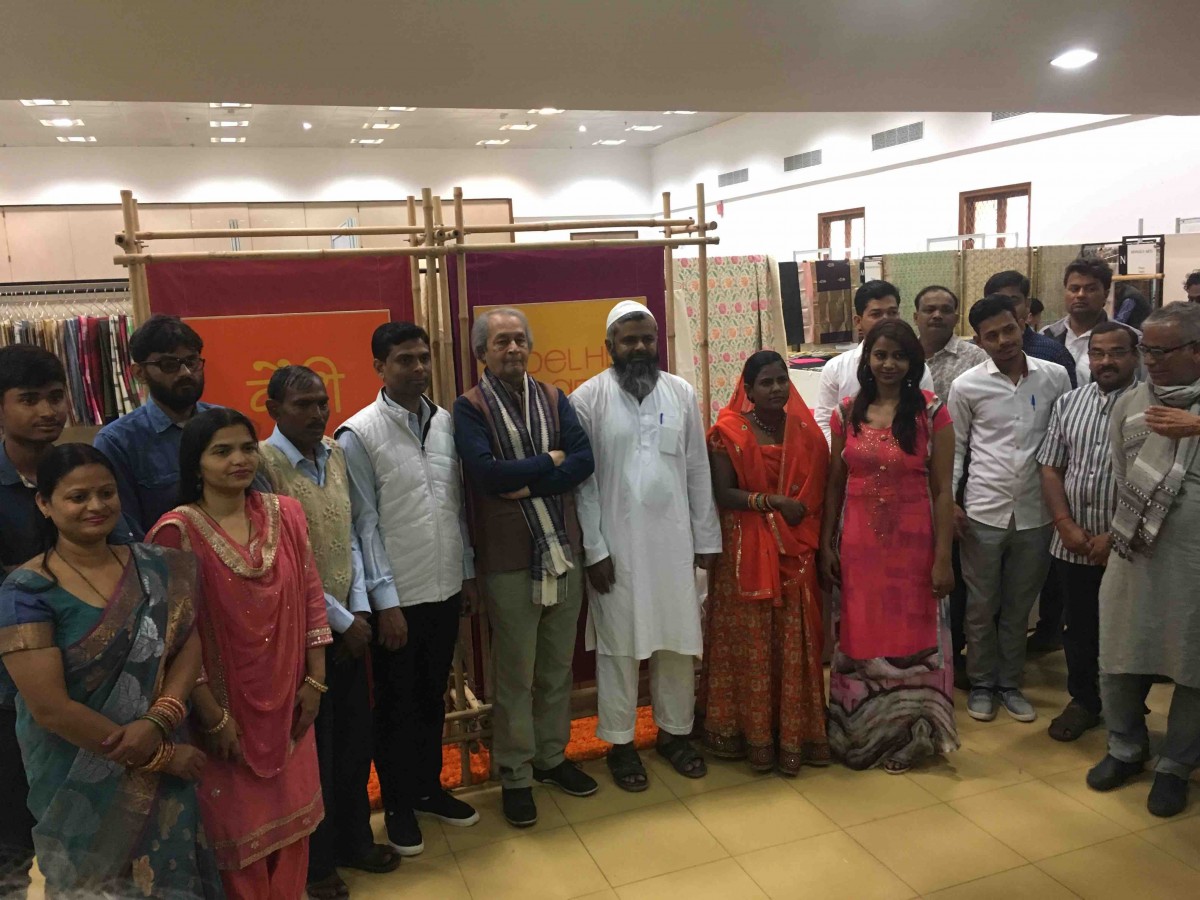 The size of the handicrafts industry is said to be anywhere between Rs 15,000-25,000 crore. As Manjari Narula of DCC says, one of the biggest challenges facing the handicrafts sector is the availability of reliable data. Whatever data is available is anecdotal.

It was fascinating to hear that crafts as a sector is booming and keeping pace with changing times, in terms of the economy, fashion and its impact on sociology.

Secularisation of crafts and artisans

Let’s begin with sociology. Crafts in India are deeply rooted in the caste system. Each caste has an occupation associated with it. So people belonging to the caste of Ansaris amongst Muslims practice weaving, Manihars belong to the bangle making community and so on. Majority of the people who are artisans belong to what are called the disadvantaged sections of the society, OBCs or Dalits. They are poor, exploited by middlemen and live in rural areas.

Also read: A Kolkata Venture is Challenging Transphobia Through Handicrafts

During our discussions, we realised that all these social coordinates and realities are being increasingly challenged in their everyday life. It is being done in a manner that they are acquiring a sense of pride in their occupation. Suryavanshi, Asif, Tabassum each employ 25-30 full-time workers. In the past when they needed extra hands at work, they would hire artisans who belonged to the same caste-occupation. But now this is rapidly changing and they are hiring artisans from all communities, and there is a kind of secularisation of crafts and artisans. 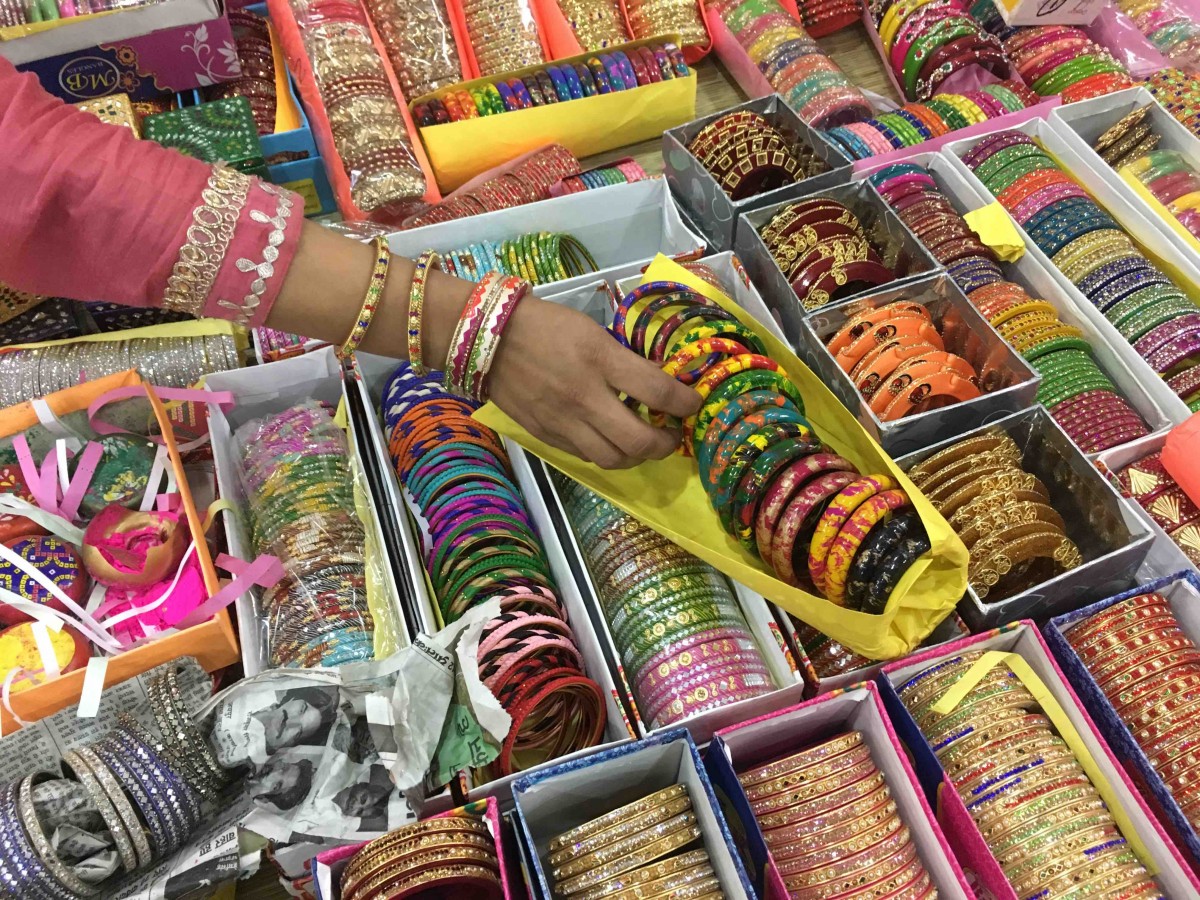 In sociology, there is a concept of Sanskritisation, where people belonging to a lower caste adopt practices of the caste above them to move up in the social hierarchy. All the artisans said in unison that they are proud of their lineage and caste. And their occupation gives them an identity which represents the rich legacy and heritage of their forefathers. They are challenging the concept of Sanskritisaion and what is at play is the more contemporary phenomena of the assertion of identity.

Another interesting discussion was related to that of the role of middlemen. Middlemen are typically perceived as exploiters. They are a set of people who cheat the poor artisans and take both the customers and craftspeople for a ride. And they mostly belong to higher castes, and do not practice crafts themselves but are good at trading in them. All the artisans we interviewed said that there is a lot of truth in this accusation. However, many of them have graduated and double up as middlemen or traders themselves. They believe that like all other businesses, middlemen are an essential link between the artisan and the consumer.

Asif puts it in a somewhat satirical manner. Craftspersons are creative people, they invest their emotions in making beautiful products, which is antithetical to all the manoeuvrings and tricks needed to be a good salesman. Therefore, he said laughingly, we need to unburden ourselves from the drudgery of a salesman. Suryavanshi said that like there are good and bad artisans, similarly, you will find honest and crooked middlemen.

Now a new set of people, from within the community of craftspersons, are taking up the role of middlemen. So the conventional role played by the upper-caste trader as a middleman is being contested. Some artisans are also playing an active role in the rest of the supply chain, like that of supplying raw material for crafts products. Unaffected by the job crisis

We spoke about the present crisis in jobs in India, the lack of growth, the decline in exports over the last many years. About changes in technology, the emergence of new markets like malls, crafts exhibitions, policy intervention by the governments and so on.

The artisans were unanimous in their view that there is a growing demand for their products both domestically and in exports. Their claim is supported by whatever data is available. The demand for exports for handicrafts has grown at a rate of 15% annually in the last decade. But more importantly, the data also shows that the handicrafts sector has not been impacted by the recent crisis in jobs.

This is supported by the recently leaked NSSO data. According to that, since 2011-12, there has been a total loss of 3.2 crores jobs in the rural casual labour sector. The entire handicrafts sector falls in that category, yet it is said to have lost only 0.2 crore jobs.

The two biggest policy interventions of demonetisation and GST had a devastating impact on crafts. But the artisans took it in their stride and were quick to recover. Both Maity and Tabbasum said that the share of capital investment in their business is minimal. They were relatively less burdened by debt unlike those businesses which are in the formal sector. Others also reinforced the argument that the handicrafts sector has the ability to quickly adapt when faced with a crisis.

Keeping pace with fast-changing fashion and designs is a major challenge for all artisans. Asif said that what is in demand for exports is different from what is popular in the domestic market. Then there are those artisans who specialise in selling very high-end designs that require better skills. There are also those who make and sell products in mass markets. Soumya has never exported her embroidery, but she showed us two sets of Sujni designs. Embroidered motifs that tell stories of festivals are more in demand in rural areas, but what are sold in cities are more contemporary geometric designs. They take the impact of the invasion of machine-made goods in their stride and are not bothered by it. They believe both machine-made and hand-made goods can coexist. They articulated the terms common in business schools like ‘value proposition’ and ‘return on investment’ in simple language. Like Suryavanshi, would always procures his raw material from scrap dealers to make his metal casting handicrafts. Sujni embroidery was always made on old and waste fabric. They highlight that their products are environment-friendly – and this is their value proposition.

Purnima Rai, who has been working with the DCC as a volunteer, reinforces the fact that there is a growing demand for handicrafts. She cites the example of DCC itself and the popular showroom Kamala in upmarket Connaught Place of Delhi which does a lucrative business of handicrafts.

With a burgeoning middle-class, a growing concern for the environment, easy access to information and the opening up of newer markets through channels like e-commerce, there is no doubt that the handicrafts sector has a bright future – as long as it is not disrupted by so-called policy interventions like demonetisation.

Jamal Kidwai is the founder of Baragaon Weaves, a weaver’s social enterprise. He can be reached at jamalkidwai@gmail.com.