The noted Kathak dance said she was told, "Qawwali nahi chalegi yahan." Government officials said the performance was cut short because the programme was running late. 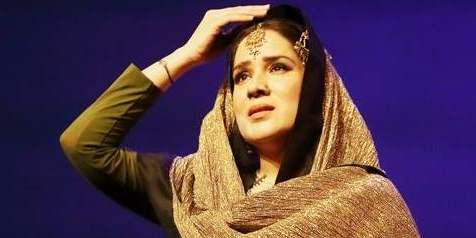 New Delhi: Manjari Chaturvedi, the creator of the Sufi-Kathak dance form, said on Friday that her performance was halted midway at an event organised by the UP government in Lucknow. She told the media that she was told ‘qawwali nahi chalegi yahan‘ (qawwali cannot happen here).

Chaturvedi said that while she was performing, the music was stopped and an announcement was made for the next act. The incident took place at a dinner hosted by the UP assembly speaker for a conference of the Commonwealth Parliamentary Association.

Speaking to News 18, Chaturvedi said, “I thought it was a technical glitch but then the next act was announced. It was clear that this was not an error. When I enquired I was told ‘qawwali nahi chalegi yahan‘ (qawaali cannot happen here).”

She said her performance was allotted 45 minutes, but was cut short without an explanation. “I have performed across the world. I am shocked that this happened to me in Lucknow, my hometown,” Chaturvedi said.

The UP government rejected the claim that the performance was stopped because it was qawwali and instead said there were ‘some issue’ between the organisers and the performer. The act had to be trimmed because the programme was running late and had to be completed before the arrival of chief minister Yogi Adityanath. “We wanted all performers to get space. But there was possibly some issue with communication between both parties,” a government official told News18.

The organisers also said the performance was interrupted because of “organisational compulsions and not due to any religious or linguistic basis”.

Chaturvedi is a noted Kathak dancer and has performed in more than 22 countries, including at the Sydney Opera House.

In a Facebook post, the dancer said that the prgoramme, including Qawwali, will be part of the ‘grand UP diwas’ on January 27, with Adityanath.

In another post, she thanked “media & friends” for the “enormous support” she received, saying she was “overwhelmed to know people stand by the arts”. “Truly humbled with this support for the belief in the arts and culture and the empathy towards the one incident. I have already said what I had to say and there is nothing more that I can add to it. I hope to continue working for the performance art and keep alive cultural traditions with your kind support.” She added, “Let this rest now. And let us continue to talk of love, ishq, mohabbat, harmony that I have strived and worked for through my performance art for 25 years.”