"My music is divine. Trying to understand it is like reaching for the sky with your feet tied to the earth. Come sit with me every day for a year, and then we'll think of the interview", Kishori Amonkar told me. 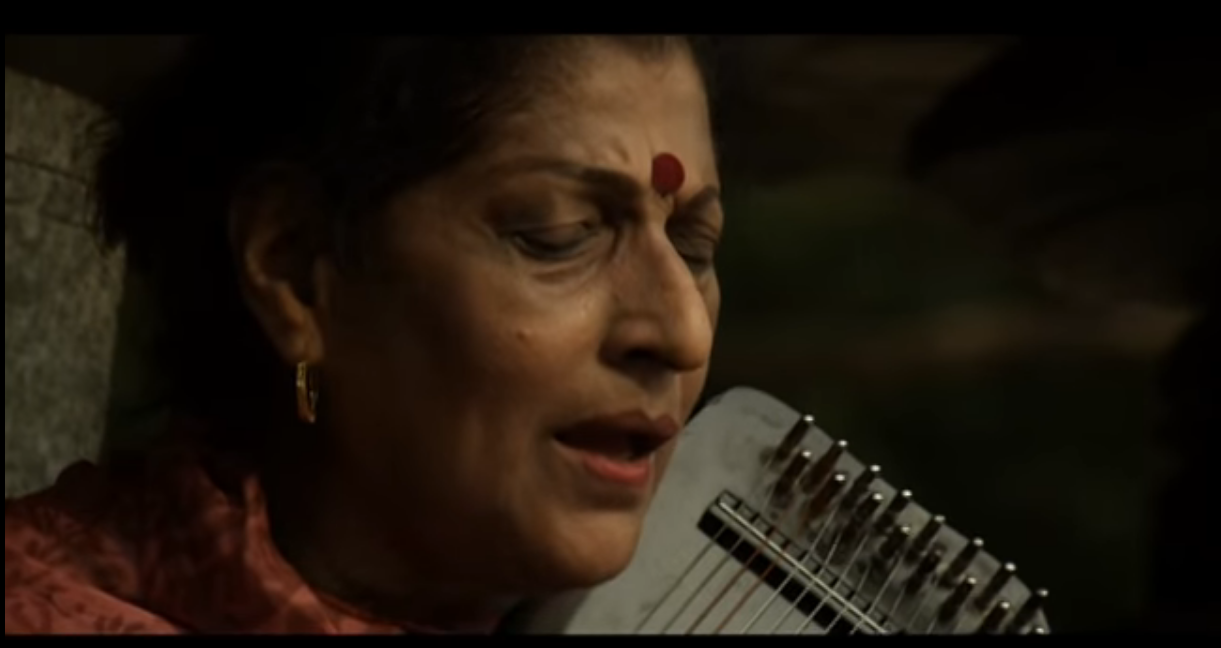 A month after I had adamantly pursued and then wistfully given up all attempts to get in touch with Kishori Amonkar for an interview, I got an unexpected call. “This is Kishori Amonkar,” a clear, but hurried voice said in Marathi. “Come and see me tomorrow evening”.

When someone as famously unpredictable as her issued a command, one didn’t argue or negotiate. One merely put all other plans aside, and obeyed. And so I did.

Amonkar lived in a modest apartment block, in a leafy lane, barely a few hundred meters away from my own rented home in Prabhadevi. A tad nervously, I reached her building half an hour ahead of schedule to avoid a scolding for being late. She hadn’t promised an interview, but only called me in for an informal meeting in which she wanted to discuss whether my aunt – the official biographer to her mother, the late Mogubai Kurdikar – could send her book into reprint.

“We’ll talk about the interview later,” she had said evasively, even as I wondered why I was being asked to mediate between the two ladies who had been friends for the last 40 years.

Tiny in frame, but straight as an arrow with jet black hair and sharp alert eyes piercing from behind her large spectacles, Amonkar was an imposing presence. She sat on a wooden swing in her living room as I arrived.

“So, you want to interview me?” she asked, her tone mildly impatient at my audacity. “Aren’t you a business journalist? Are you not interested in your own field?”

‘I am here to discuss the book reprint’ I almost said. But having come prepared mentally for such unanticipated salvos, I mumbled something under my breath and persevered.

For Kishori Amonkar, not having a divine passion for what one did was conceivably anathema to meaningful existence. It struck me then that my utter lack of expertise in the field of music, and more so, a lack of complete devotion to my chosen craft had irked her. She didn’t think it was worth her while talking to someone who also wrote a little about classical music –  when that was the only thing that had consumed her own life for the last 80 years.

It was perhaps my casual bravado then, and insistence that there was need for more literature about her in the English language, that had led her to continue our conversation. But I spent the better part of that evening playing a tough defensive game. I had a questionnaire with me, (just in case she agreed to speak) but to every question I posed, she fielded a counter-offensive that I could barely take on.

It allowed her to lapse into extended explanations about how I was mistaken about certain issues, and thus over the next two hours without having granted me an official interview, I had inadvertently provoked the notoriously temperamental and reclusive genius into talking about a whole lot of things.

It retrospect, it was perhaps befitting that Amonkar, the creator of her own distinctive grammar in music, hadn’t followed a set interview pattern.

Much of what I had planned to ask – the impact of her earlier gurus on her music, her mother’s reactions to her creative, individual style that had plainly broken gharana gayaki rules, the omission of popular ragas (like Jog) despite a wide repertoire of rare melodies to her credit, what she would have liked her lasting legacy to be and so on – I didn’t get answers to. Much more, however, was revealed through meandering but wonderful abstractions about music, tradition and life.

Amonkar held the self-assured belief that her music had transcendental qualities. “My quest, when I perform,” she had said “is for the raga to sing, and not for me to sing the raga. That happens only when the ‘I’ or the ‘self’ ceases to exist.”

One got a sense of what that meant when she performed in recent years. Her eyes closed and her body focussed and immersed in her music as she attempted that incredible taan. Her voice in recent times hadn’t kept up with her mental prowess and I wanted to ask if that frustrated her. The phenomenally innovative manoeuvres of her mind, which got only more fertile as the years passed, now shone only occasionally to an enraptured and over-awed audience. I chose not to.

She told me that she hated performing for the public and abhorred most of today’s music, because it was designed to excite audiences. Music, she had said, was to calm the mind. Emotion, or bhava, she insisted, reigned supreme in a khayal performance, superseding rhythm (laya) or bol (words) which could often (needlessly) intellectualise what was essentially an emotive art form.

It is always difficult to write or talk about one medium through another. But it amazed me how intellectually sharp and articulate she was when it came down to discussing her craft. On a couple of instances, she illustrated a difficult point by singing it. Raga Basant Kedar she said, while singing a few notes, were not two separate ragas merged together, but a seamless unison of the same feeling. “When I sing Basant Kedar, the audience doesn’t know where Basant ends and Kedar begins. I wouldn’t call it Basant Kedar otherwise”.

For someone who presaged a great revolution with her departure from tradition, Amonkar remained puritanical about certain things. Such as following the prahar – the time tradition for singing a raga, or voicing fierce opposition to fusion music. But there was no contradiction in this as far as she was concerned. “I will simply answer that by saying, I break rules made by man, but never those made by nature.”

In an age where event managers, PR firms and a form of self-acquired practical savvy defines the young breed of classical musicians, the eccentricity and vulnerability of Amonkar were a reminder of an era bygone; when it was all heart and unfiltered emotion that governed artistic behaviour. Many from her own generation changed with the times, made fortunes performing at every big calendar event and cultivated profitable relationships. But Amonkar remained an eternal diva, and unapologetically so.

“They can go abroad, earn big money, build big houses,” she said, “But when they go, their houses will go too, and over time so will their music. I may live in a small hut, but my music transcends all boundaries. When I go, it will live on”.

Half an hour prior to my leaving, she had warmed up enough to insist that I have tea and biscuits. She however refused to yield to my request for an interview, even as her student Nandini Bedekar helpfully chipped in and made a case for it.

“Look, my music is divine. Trying to understand it is like reaching for the sky with your feet tied to the earth. Come sit with me every day for a year, and then we’ll think of the interview”.

Kishori Amonkar passed away in the night on April 3, 2017, leaving behind her music which soars as high as the sky and genius that left audiences mesmerised and wanting more.

My desire for an interview remained unfulfilled, but what I got in the bargain was an unforgettable conversation with the prima donna.