Stumped by a Tweet: The Irrelevance of Indian Cricketers

Stripping themselves of their dignity, the stars in question seem to measure their worth by the degree of their obsequiousness. 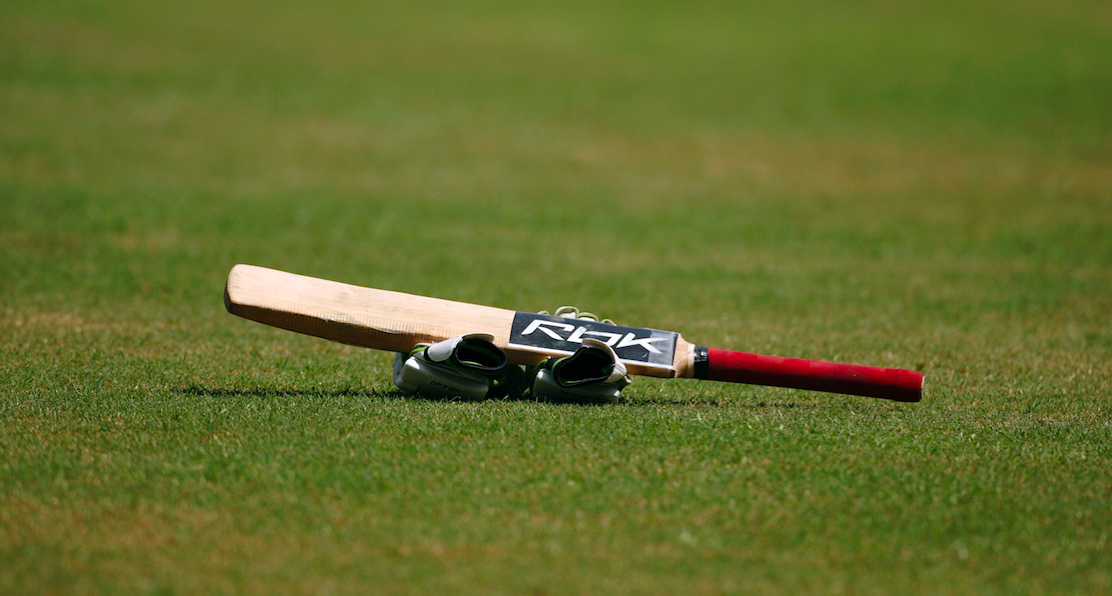 In the aftermath of the historic Test series win in Australia last month, there was an outpouring of warmth reserved for the Indian men’s cricket team that is not always shared. It was the circumstances in which the success was achieved that provoked a positive reaction.

The side was left without its preferred captain, several first-team regulars including its first-choice pace attack, and its leading spinner and yet it managed to shock a full-strength Australia on its own turf; not to mention a comeback after losing the first Test that saw India shot out for 36. It was a marvellous achievement that aroused much delight and invited deserved appreciation – a rare moment too, as India was an underdog on the cricket field for once as opposed to its otherwise status of a superpower.

Following the triumph, the players involved spoke with alacrity and a rare openness about the tour. The challenges of playing through quarantine, the crucial tactical moves, and the rallying of team spirit in the face of racial abuse and broken bodies were discussed in detail. These conversations brought the team closer to its fans.

The stories behind the struggle warmed the heart further. In Mohammad Siraj, India had found a formidable fast bowler who remained in Australia despite the death of his father back home. The importance of a Muslim cricketer shining in the moment of one of Indian cricket’s greatest achievements was not to be overlooked – Siraj excelled, even as the country where he belongs openly suggests these days that Muslims and other minorities do not enjoy the same privileges as the Brahminical Hindu elite.

Pray for my father 🤲🤲🙏🇮🇳 pic.twitter.com/uhruR1JWoJ

It was, indeed, a tour like no other. T. Natarajan missed the birth of his daughter, while his teammates spoke openly about finding it hard to live with a hard quarantine for five months that had started with the Indian Premier League in August. In Rahane, India had a captain who outwitted the Australians with his understated yet aggressive tactics. What was there not to love?

The usual complaints about the rich and out-of-touch cricketers lost some of their sting following this tremendous victory. Even the Australian media was full of praise for a team that did its bit to make a memorable Test series possible, even as tennis players arriving in the country for the year’s first Grand Slam tournament threw tantrums about having to put up with the quarantine restrictions.

Also read: Siraj, Sundar and Natarajan Are the Real Representatives of New India

Weeks after the Indian players ditched platitudes to shed light on their remarkable success, they have once again attracted attention for their words in public. But the latest set of statements have marked a return to hackneyed script. At a press conference on Thursday, ahead of the Test series against England that started in Chennai on Friday, returning skipper Virat Kohli revealed, “Any issue which is present in the country, we do talk about it and everyone has expressed what they had to say about the issue. We briefly spoke about it in the team meeting and then we carried on discussing the team’s plans.”

Kohli, of course, was referring to the protests against the farm laws that have been going on ever since the cricketers reached the UAE back in September for the IPL. The trusted playbook was out again for the skipper, the art of saying nothing and revealing very little; only a faint shadow of the openness that we saw in Australia.

But that was not all. Earlier this week, tweets by the stellar lights of Indian cricketers past and present, including members of the present squad, delivered insights into their relationship with the BJP government at the Centre. In a fall from grace mirroring the dismissal of Indian batsmen during that infamous collapse for 36 in Adelaide, statements on social media were put out on Wednesday within a short period of time proclaiming their support for the government’s action against the farmers in no uncertain manner.

Cricketers like Ajinkya Rahane who was barely fazed by the prospect of defeating Australia on its own turf only a month ago crawled in submission when asked to react to a tweet by the pop star Rihanna. That was the tip of the rotten iceberg. Cricket fans have seldom known a story of greater courage than Anil Kumble bowling with a broken jaw in West Indies, but his resolve crumbled at the sight of Greta Thunberg offering support to his own countrymen. He was joined by Sachin Tendulkar, who was often the beacon of hope for Indian fans in the ‘90s against the most formidable opposition. Yet, this week he found India’s sovereignty compromised by a bunch of statements on social media by concerned voices.

BCCI President Sourav Ganguly, ever the saviour of Amit Shah’s interests in Indian cricket, endorsed the message from his former teammates.

When I was a kid, I never saw a puppet show. It took me 35 years to see one 😊 pic.twitter.com/AMCGIZMfGN

In speaking for the government and patronising the the farmers, the leading lights of Indian cricket have consigned themselves to the dustbin of irrelevance. The unceremonious fashion in which their statements appeared fooled nobody. It was clear who they spoke for and who had made them speak, keeping company with the stars from Hindi cinema whose supine demeanour is matched only by the cricketers. A race to the bottom like no other.

There was a time when the likes of Kumble, and Tendulkar were asked to speak out against communalism following the destruction of Babri Masjid. It mattered then that they spoke out against the Hindutva groups as anti-Muslims riots and violence on the streets, and not tweets, were genuine threats to social harmony. However, by speaking now against a growing mass movement that has challenged the Modi government’s push for neoliberal laws and greater corporate control in farming, the celebrity cricketers have confirmed whose interests they represent.

The rich owners of their IPL franchises like the Ambanis must be pleased, but the cricketers’ disdain and distance from the interests of millions of Indians has never been starker. Not so long ago, Indian players in the IPL faced accusations of racism while some were performatively taking a knee in support of the Black Lives Matter movement. A warped politics run by the dictates of PR advertising. 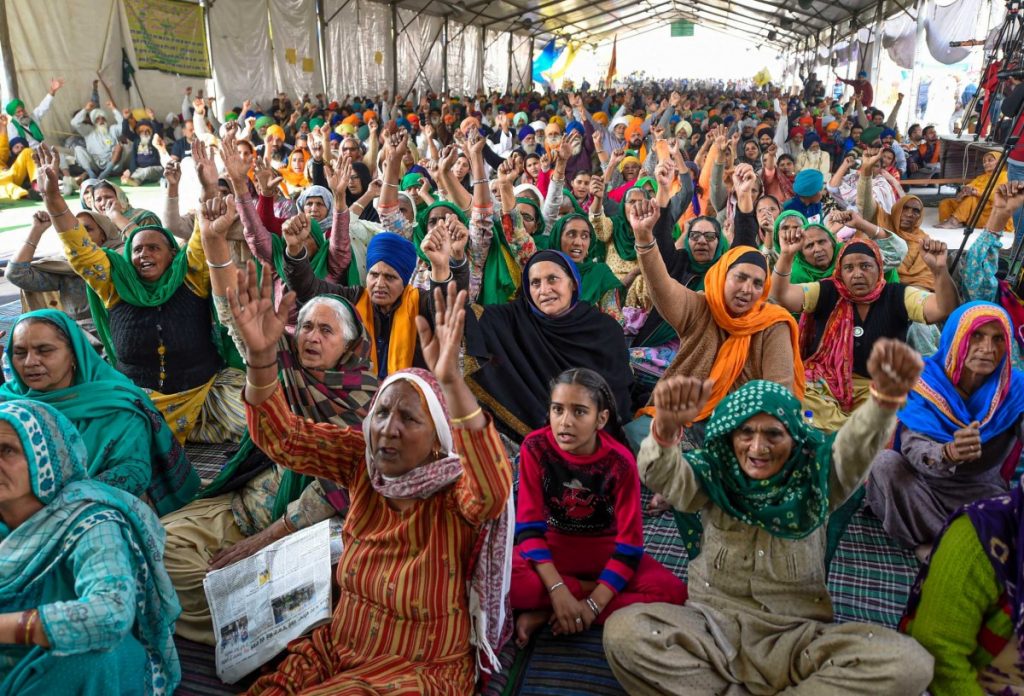 Yet, this nauseating display blurs the picture. The growing challenge posed by the ongoing protest to the BJP government has left its mark on Indian sport, including some cricketers. Manoj Tiwary and Irfan Pathan stood out for calling out the hypocrisy of those with whom they have shared dressing rooms in the past. A number of Indian footballers, badminton star Jwala Gutta, and former tennis player Somdev Devvarman have also added their voices in support of those agitating against the farm laws, while sharing their disapproval of the orchestrated manner in which the series of tweets were posted by other celebrities. The distraction and bluster of those want to shift the agenda away from the scrutiny on the Modi government can make only little head way, when one considers how the agitations are gathering steam.

Moreover, support continues to pour from surprising quarters. JuJu Smith-Schuster of the Pittsburgh Steelers in the National Football League donated $10,000 for medical assistance of those involved in the protests, while notable names from the NBA also urged support. Black athletes from both leagues have been vocal against police violence in the United States and have been politically engaged in assisting the Black Lives Matter movement. Their participation in politics carries an internationalist concern, which goes beyond merely putting out statements on social media.

In contrast, most Indian cricketers stand as figures worthy of mockery and derision when we consider the pliant ways in which they rush to speak for the powerful. Stripping themselves of their dignity, the stars in question seem to measure their worth by the degree of their obsequiousness. But the desperate response from the cricketers to a growing political movement only reveals a diminished stature that cannot be hidden by blue-ticked mirages.

Priyansh is a doctoral student at the University of Toronto researching the physical culture of Hindutva. He tweets @Privaricate.