Major political parties continue to be embroiled in uncertainty three weeks after the house of representatives was reinstated upon the order of the Supreme Court. Supporters of a faction of the ruling Nepal Communist Party take part in a rally celebrating the reinstatement of the parliament by Nepal?s top court in Kathmandu, Nepal February 24, 2021. Photo: Reuters/Navesh Chitrakar

Kathmandu: Many commentators had assumed that the Supreme Court of Nepal’s verdict to reinstate the House of Representatives (HoR) would bring politics back on track. But it is not the case.

It has been three weeks since the house was reinstated through a court order, but there are no signs of politics returning to normalcy anytime in the near future.

A cloud of uncertainty and confusion continues to hover as major parties grapple with internal disputes and inter-party differences about the future persist. There are conflicting and contradictory remarks from party leaders that do not shed any light on the next course of events.

Parties have neither accepted the incumbent government’s continuation nor have taken any concrete steps to dislodge it. Following the court’s order, a meeting of the house of representatives was convened. Still, it is not functioning well due to disputes among parties on some decisions taken by the Oli government, including an ordinance concerning appointments in constitutional bodies.

There are clear signs that the parliament is set to become a new battleground for political parties. The parliamentary session’s resumption was expected to kick start the formation of a new government, but this is not happening.

The court revived CPN-UML and CPN (Maoist Center) and declared that the Nepal Communist Party belongs to another communist leader Rishi Kattel who registered five years ago.

Constitutionally, it was illegal to register the same party, but the Election Commission (EC), a constitutional body, did so following the pressures from senior leaders of CPN-UML and Maoist Center. Both CPN-UML and Maoist parties have accepted the court’s verdict and have started functioning as separate parties. 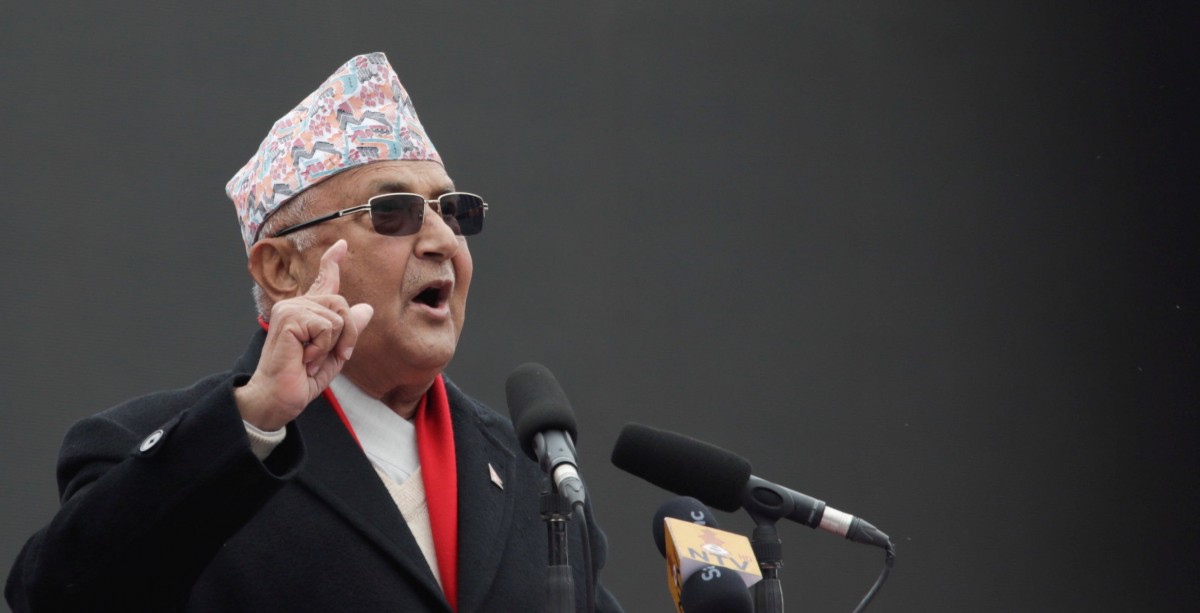 With the verdict, the ruling CPN-UML is also the largest party in parliament with 121 seats in the 275-member body. As the largest party, the CPN-UML should have taken the lead in ending the political deadlock, but the party itself is a divided house.

Senior leaders Madhav Kumar Nepal and Jhala Nath Khanal, along with Pushpa Kamal Dahal Prachanda, who took to the streets against PM Oli’s move to dissolve the house, are finding it hard to now adjust in the same party. In terms of both moral and political factors, they cannot support the Oli-led government because demanded his resignation; neither do they have sufficient numbers in the Central Committee and Parliament to split the party or remove Oli from power. So, the dispute in the ruling party has also added uncertainty and confusion.

The rival factions of CPN-UML are also out of sync, risking a potential split in the party. Oli’s decision to appoint former Maoist party leaders, who left the Maoist party, in party committees has faced strong opposition from the Nepal-Khanal faction.

At the same time, the fate of the Oli-led government is uncertain because it could face a no-confidence motion anytime from the Maoist party. Technically, Oli is leading a coalition government of CPN-UML and Maoist Center.

The Maoist Center led by Pushpa Kamal Dahal and some leaders of his own party, CPN-UML, want Oli to resign from his position though they are yet to register a no-confidence motion against him.

Predicating a possible no-confidence motion against him, PM Oli has sought support from the fourth largest party Janata Samajbadi Party-Nepal (JSPN), a party jointly led by former Prime Minister Baburam Bhattarai and senior Madeshi leaders such as Mahantha Thakur and Rajendra Mahato, among others.

If Prachanda withdraws support to the government and JSPN extends support, the Oli government can survive in parliament. PM Oli and JSPN leaders are in continuous talks to seal a deal on power-sharing. However, it is tough for PM Oli to meet the demands of JSPN, such as an amendment to the constitution, the release of its leader Resham Chaudhary who is convicted on the charges of masterminding the 2015 massacre in Kailali districts and issues relating to citizenship among others.

Simultaneously, the main opposition Nepali Congress, CPN-UML and Janata Samajbadi party are in talks to forge a consensus to form a coalition government and remove PM Oli.  As per the constitutional provisions, when a party submits a no-confidence motion against the prime minister, they have to present an alternate candidate to the top post. So, there are attempts to form a coalition government of NC, Maoist party and Janata Samajbadi Party.

However, Maoist Chairman Pushpa Kamal Dahal is publicly saying that he is not in a race of becoming prime minister. There are also conflicting opinions and views inside JSPN on whether to align with Oli or NC and Maoist Center. 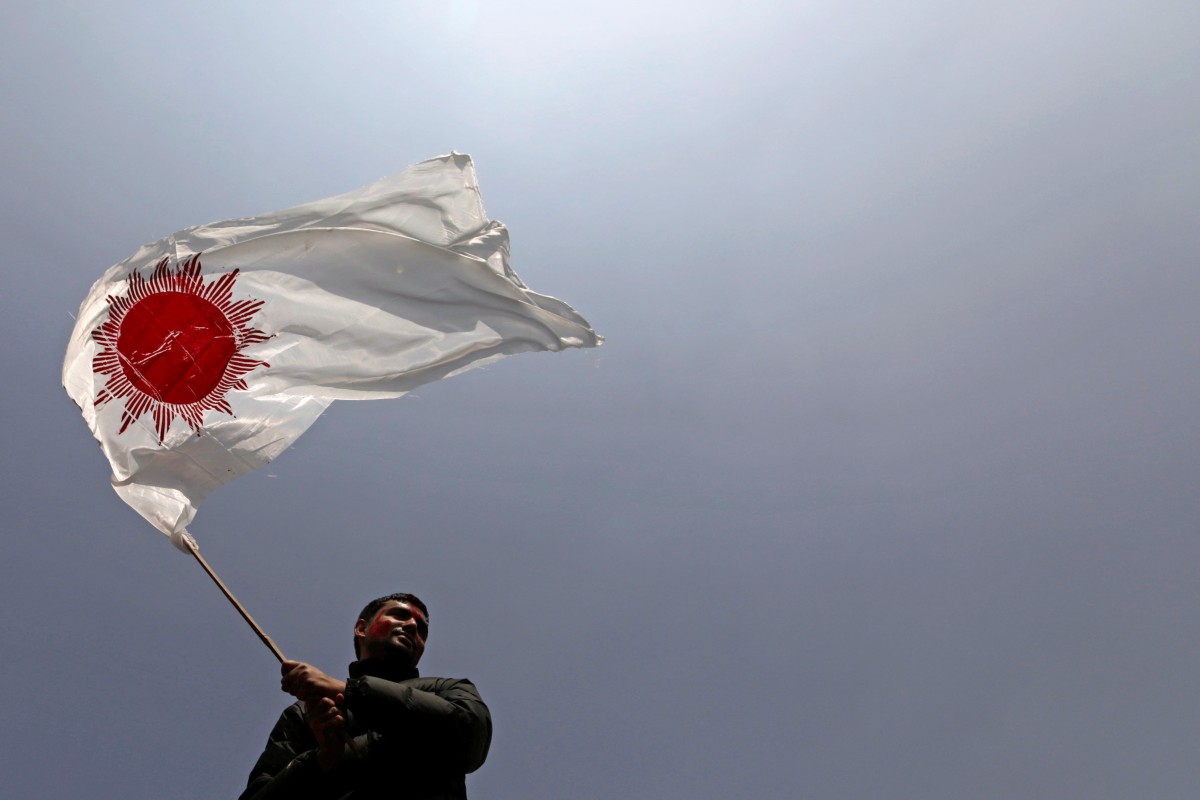 A supporter of a faction of the ruling Nepal Communist Party holds a party flag as he takes part in a rally celebrating the reinstatement of the parliament by Nepal’s top court in Kathmandu, Nepal February 24, 2021. Photo: Reuters/Navesh Chitrakar

Parties are carefully weighing their options for the formation of a government because once the government is formed, a no-confidence motion against the prime minister cannot be filed for the next two years. This means that whichever government replaces the PM Oli-led government will be mandated to hold local, provincial, and central governments. So, parties view the next coalition government through the prism of a possible electoral alliance and electoral benefits.

Amid talks of the formation of a new government, there are also demands for early elections. PM Oli has himself expressed a desire to opt for fresh polls to justify his move of dissolving parliament on December 20.

PM Oli and his cabinet ministers are pitching for an early election arguing that the incumbent parliament cannot provide political stability. If the current government falls and the parliament cannot form a new government, the Prime Minister can declare snap elections.

There are also strong voices in favour of early elections inside the main opposition Nepali Congress. Recently, Senior Nepali Congress leader Shekhar Koirala said there are no alternatives to mid-term elections.  Similarly, the Chairman of the Federal Council of JSP and former Prime Minister Baburam Bhattarai is floating a proposal for forming a consensual government and pushing for early elections.

Given the inter-party and intra-party differences going ahead, the current political deadlock in Nepal is likely to be protracted. Sooner or later, parties may agree to elect a new prime minister to remove PM Oli, but the political crisis is unlikely to end until and unless parties manage their internal disputes.

Bhattarai is a Kathmandu-based journalist and analyst.