The Need For a New ‘Knowledge Sharing’ Compact

The crisis of a breaking ‘knowledge-compact’ between (elite) intellectuals and society is afflicting us at a grave scale. ∼ Thomas Sowell in ‘Intellectuals and Society’

The news of what’s happening at Ashoka University, with subsequent resignations of distinguished professors like Pratap Bhanu Mehta and Arvind Subramanian, a restriction to academic and creative freedom, is deeply troubling, but unfortunately, not surprising. It is vital to see this – and what’s shaping a growing disconnect between intelligentsia and society as part of a more structural phenomenon that has created a sense of growing ‘resentment’ against those who speak truth to power, and more importantly, truth about power.

When Thomas Sowell wrote Intellectuals and Society, a few decades ago, he brought forth some key insights on the implications of growing ‘elitism’ in academia (in context to the United States during the 1980s-90s), particularly across fields of social sciences, the perilous nature of concentrating processes of knowledge creation, its dissemination, into the hands of a ‘few’, those, who are often stationed behind the ivory walls of ivy-league universities, taking liberty to extend their views beyond their own domain(s) of ‘intellectual wisdom’, to widen their ‘power of influence’, sometimes, in conjunction with a ruling ‘political elite’.

Over time, deepening asymmetries in this sociological distribution of knowledge production (and its dissemination), due to growing elitism and institutional ‘control of intellectual knowledge’, developed a disdain for ‘reason’, ‘critical reflection’ for most – who found it now too difficult (or unaffordable) to access these spaces, or learn the methods that help establish facts through logic and a scientific temper.

For worse, a wave of ‘anti-intellectualism’ gradually developed amongst the masses against the elites, and this could be observed not just in the United States itself but in many parts of the developing world too (Turkey, Brazil, India etc.), where existential inequities in accessing social opportunities remained high for most citizenry and gave way to hyper-amplified ‘rhetorical thinking’, which was later usurped by a radically insurgent political class. 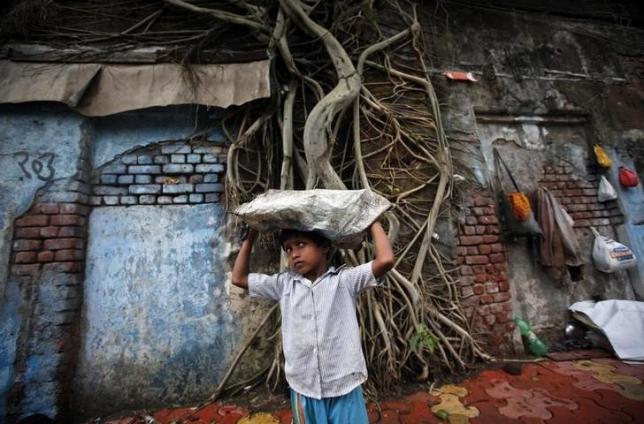 This crisis of a breaking ‘knowledge-compact’ between (elite) intellectuals and society, briefly introduced in a previous column (The function of a university in times of a crisis), one might say now, is afflicting us at a graver scale.

If I take the case of my own discipline-economics, as part of a broader spectrum in social sciences, what we see now, quite often, is a classic case of ‘rhetorical over-reach’, where economists trained from ivy league institutions, and working for/with the ruling establishment, feel free to extend their ‘intellectual wisdom’ to other (non-economics) domains, without a conscious regard for the field they refer to, or the methodological considerations that need to be fairly considerate of, before making broader generalisations.

A recent case in point could be the ‘intellectual’ debate around the potential impact of the new farm laws on the lives-livelihoods of aggrieved farmers. Almost every trained economist had a view – and opinion to share – on the subject. Newspapers and digital news platforms had rivers of (digital) ink spilled over. However, if one would do a closer reading of most of these writings, it was baffling to see how no shred of evidence, or empirically tested facts is offered in support of arguments either for or against the subject, while debating both, the content and form of the law(s) in this case.

Is this scenario part of a more global issue? Yes, according to Dani Rodrik, who argues, “Economists (often) rely on statistical tools to demonstrate that a particular underlying factor had a ‘causal’ effect on the outcome of interest. Often misunderstood, this method can be the source of endless and unproductive conflict between economists and others”.

There is less discussion – and emphasis – on cross methodological (or pedagogical) applications that are oft kept somewhat discretely restricted, as a toolkit for those who feel they ‘know more than others’ and/or exhibit their intellectual privilege to widen a preexisting sphere of influence among other elites.

What’s worse is how an existing political class may use this ‘sphere of influence’ to validate, propagate and widen its own power to exercise greater control on the masses, while benefiting from the breaking of this ‘knowledge compact’ between citizens and intellectuals.

Still, regardless of how weak this compact may seem, there is hope.

As Sowell (quite aptly) puts it: “It is far easier to concentrate ‘power’ than to concentrate ‘knowledge’ for its own sake. That is why so much social engineering backfires and why so many despots have led their countries into disasters…”

For a ‘knowledge compact’ to be strengthened and enabled amongst a wider base of citizenry, efforts by non-market educative institutions, social organisations, through the distributive use of new technological platforms (the free social media space of YouTube) etc. offer a way in making means of technical, applied and critical knowledge available. I see platforms like SciHub and LibGen too being used as a tool for this. Public writings of distinguished scholars like professor Mehta will only make the citizenry better informed on the state of affairs in the nation. Many other committed scholars, from public (and private) institutions still spend hours in a day doing social outreach, making a conscious effort to sensitise communities on the (positive) implications of  ‘knowing’ and being aware and well-informed. Platforms like The Wire, Scroll have helped channelise this over time.

Even within the ‘dismal science’ of economics, young economists are increasingly realising how modelled abstractions of ‘real world problems’ (climate change, deepening income inequality etc.) require more ‘complete works of synthesis’ with other (non-economics) fields like history, sociology, psychology to name a few. Synthetic work like this helps consider a ‘multitude of causes, weigh likely effects and address spatial and temporal variation of causal mechanisms’. Work of this kind, as envisaged by our research centre too, helps in strengthening the knowledge-compact, not just between intellectuals and society, but also across/within intellectuals – making the work of one scholarship more accessible to another through interdisciplinary channels.

Tackling the rise of ‘elitism’ and the growing disconnect between academia and society also warrants most young social scientists to gradually discard ‘arm chair’ research, and engage in extensive ethno-centric work at an early stage of their intellectual pursuits that can help one understand – and absorb – the multi-faceted nature of socio-political, socio-economic problems.

A culture of binarism; a rhetorical us-versus-them view, and a compulsive practice of rhetorical debating, needs now, more than ever, to give way to more reasoned, experiential reflection and a committed spirit to decentralising both, access and means of ‘knowledge’.