'We Are Losing More Land': Villages Along LAC Skeptical of Latest Disengagement in Eastern Ladakh

Locals are deeply anxious over the recently announced retraction of troops by India and China from Patrol Point-15. They say disengagement in the name of buffer zones will only embolden 'illegal' claims of China over Indian territory. 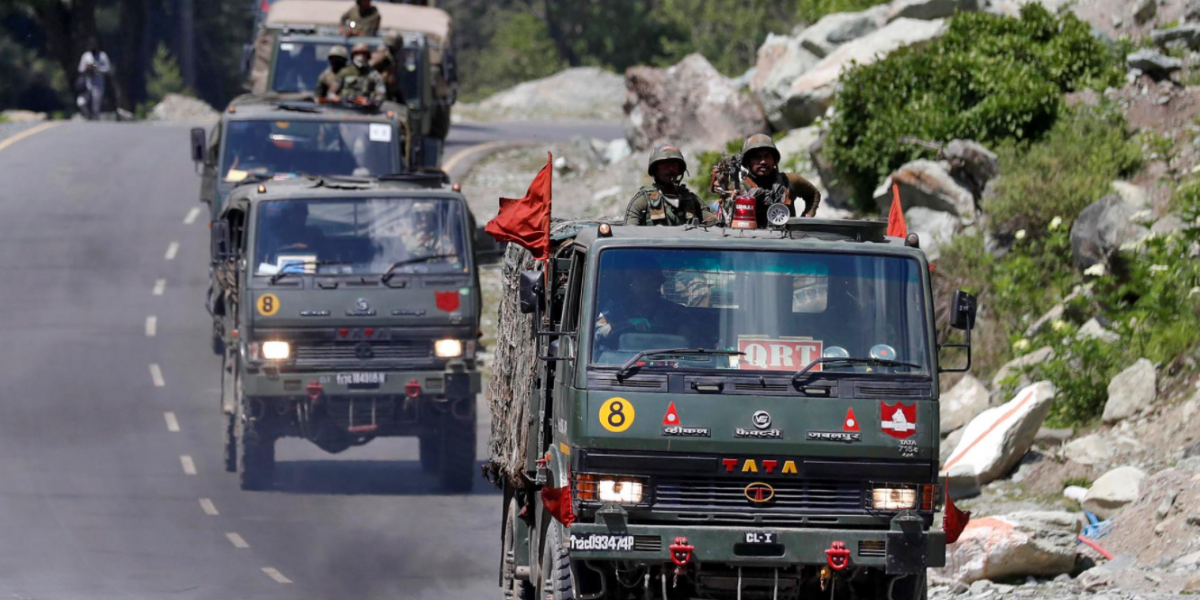 An Indian Army convoy moves along a highway leading to Ladakh, at Gagangeer in Kashmir's Ganderbal district June 18, 2020. Reuters/Danish Ismail

New Delhi: On September 8, India and China announced the retraction of their troops from Patrol Point-15 (PP-15) in the Gogra-Hot Springs area of eastern Ladakh – a flash point on the Line of Actual Control (LAC) – where the two neighbours clashed two years ago. However, the latest development does not evoke any hope from the border villages, as villagers still have deep-seated anxiety over the Chinese eating away into India’s territory and graziers losing access to land for their livestock to graze on.

The rapid construction taken up by the Chinese along the LAC and the continuing military standoff over the last two years do not inspire any confidence.

After the Galwan Clash, which took place on June 15, 2020, both sides were engaged in a prolonged, unparalleled military standoff, pushing the two nuclear nations to the point of war. The 2020 incident since has been noted as the worst military scuffle between the two nuclear powers in the last 45 years.

Over two years, India and China have held 16 rounds of talks between their armies but failed to reduce the tensions. Meanwhile, the rapid construction by the Chinese along the LAC intensified, adding to the anxiety of residents in the border villages.

Even recently when both sides declared that they would withdraw forces from PP15, it led to a question: Would this pave a roadmap for further disengagement in the heavily militarised areas of Demchok and Depsang Plains?

Bilateral dialogues have been credited for opening up the gates for disengagement and building of buffer zones in previously volatile areas such as the Galwan Valley, Pangong Tso Lake as well as PP-17 A.

In May, the ministry of external affairs (MEA) stated that China had built a second bridge across the Pangong Tso lake in eastern Ladakh. In January this year, the Government of India also confirmed the construction of the first bridge over the lake in an area “under the illegal occupation by China for around 60 years now”. 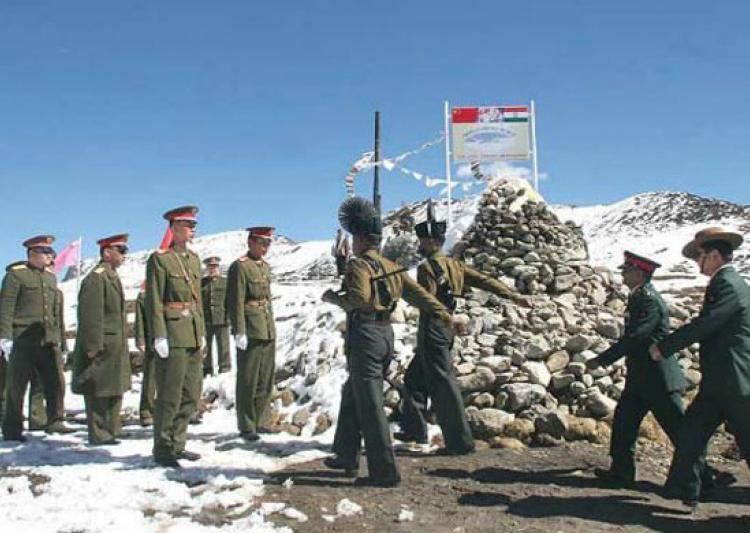 Chinese soldiers are said to have attempted to cross the LAC near Pangong lake on August 15, 2020. Credit: PTI

After these constructions along the border and two years of the military standoff, this disengagement does not come as a relief to many. Locals hailing from border villages told The Wire that there was deep-seated uncertainty among them owing to zero clarity about the situation.

They said the disengagement that had been doing the rounds as ‘de-escalation’ was essentially India “surrendering control” of its own territory by approving China’s demand for “buffer zones”.

Locals from eastern Ladakh’s Phobrang are disappointed at the state of affairs. People in the border villages, where a majority of the population earns its livelihood from Pashmina goats and livestock, feel further deprived of the right to graze their livestock over pastures that have been declared as buffer zones under Chinese pressure.

Tashi Tsephel, a retired Indian army officer and recipient of the Vir Chakra who served in several border villages and the Galwan Valley as well in the past, views this disengagement as no different than the standoff situation.

“The acceptance of this status quo will harm us,” says Tsephel.

Patterns from the past

Locals claim that since the Indo-China War of 1962, Ladakh has been shrinking. While the last two years have further shrunken the expanse of Indian territory in eastern Ladakh, China has been repeatedly following the pattern of eating into its neighbouring territory.

Tsephel also points to Demchok’s past – an area which witnesses frequent People’s Liberation Army (PLA) presence. In 2016, a standoff broke out between India and China in the area as PLA protested against the construction of an irrigation canal. Then again in 2018, China had pitched tents a stone’s throw away from the Charding Nilung Nallah in Demchok.

Later in 2019, graziers were stopped by the PLA from treading ahead of Demchok. In August this year as well, there was a minor scuffle when the graziers moved with the livestock, the Chinese halted their movement claiming that this was their territory.

To speak to graziers living in eastern Ladakh’s villages such as Dumchele, Demchok, Chumur, Tsaga La, Koyul and Loma, The Wire visited Chushul in June 2022. Graziers said that ever since the 2020 incident, they have consistently been losing access to grazing lands.

Stobdan Dorje is one among the many shepherds who have lost access to grazing land which in turn, has resulted in them selling their livestock to feed their families.

“If you look at their strategy, they come 10 steps forward, only to move back two steps. From such an angle, disengagement means losing out on more land,” said Dorje, who has already sold 17 goats since 2020.

The disengagement after multiple rounds of talks has been premised on the creation of buffer zones. These zones, built on grazing areas, feed thousands of livestock during nomadic seasonal migration.

Chushul’s councillor Konchok Stanzin said that rather than accepting the Chinese demand of creating buffer zones in the territory, India should have pressed for the restoration of the April, 2020 status. Such acceptances, Stanzin says, pose “greater dangers” in times to come.

“Think of Manser; until the 1960s, we used to collect revenue from there, it is under complete Chinese control,” explained Stanzin.

Stanzin also weighed in on the flushing out of graziers from the region. Tsephel also expressed concern that the buffer zones, which sit on 35 kilometres of the Indian territory, disable nomads from accessing pastures which have historically belonged to their communities.

Tsephel says, “How can one not learn how deceitful China is? They said ‘Hindi Chini bhai bhai (India-Chinese brotherhood)’ and then stabbed us in the back. Their presence is extremely risky, even in buffer zones.”

Locals feel that post the Galwan clash, China has attacked more aggressively, and disengagements in the name of buffer zones will only embolden their illegal claims over Indian territory.

As locals anticipate the withdrawal, the fact remains that the Chinese continue to squat over the strategic Depsang Plains where their presence is 18 km inside India. They further view the demand for buffer zones as a brazen attempt by China to legalise their presence on the Indian territory in the name of disengagement.

While the process of retracting forces is yet to be completed, locals have been living in anxiety and fear of the future, as the shadow of the dragon continues to loom large over Ladakh.