Twelve Years a Terror Accused: The Story of a Shawl Weaver From Kashmir

Acquitted on February 16, Mohammad Hussain Fazili recounts his journey after his incarceration in the 2005 Delhi serial blast case. 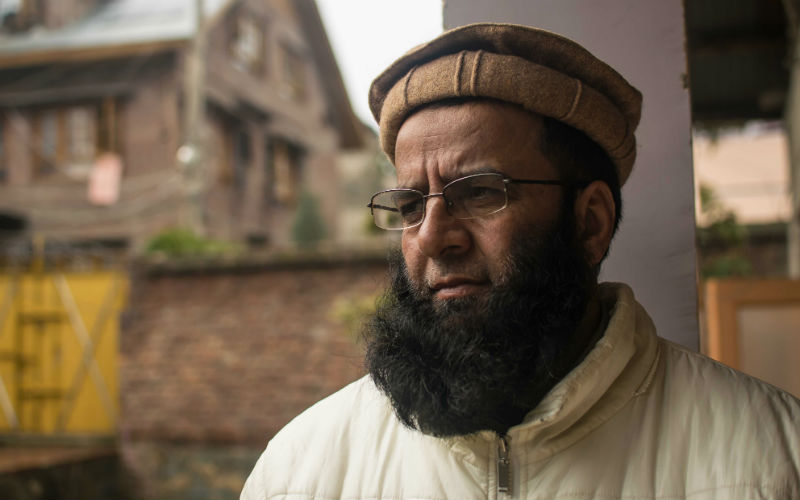 Srinagar: Mohammad Hussain Fazili – a small time shawl weaver from Srinagar’s Bachpora locality – was 31 when he was arrested from his single-storey house on November 21, 2005. The following day, he was blindfolded and Delhi police personnel in civilian clothes flew him to Delhi without informing his family. He was subsequently jailed for 12 years as the accused in the New Delhi serial blasts that killed 67 people ahead of Diwali on October 29, 2005. On the morning of February 18, following his acquittal by a Delhi court on February 16, he stepped into his house after more than a decade. His frail, old mother, aided by three people, stood up to greet him, crying out in tears, “My son is born again.”

Now 43, Fazili speaks in a low tone, sitting quietly in a corner of his room. His father is sitting in the other corner, silently looking at his son in disbelief in between shaking hands with guests who pour in to congratulate his son on his homecoming. Occasionally, Fazili stands up to be greeted and hugged by his relatives and neighbours who have come to see him again after 12 years of imprisonment.

He has been unable to sleep since his acquittal and subsequent release from Delhi’s Tihar jail. He’s particularly pained to see his ailing parents at home – especially his old mother, who suffered in his absence, waiting for him for 12 long years while he was languishing in Tihar. “My father was a heart patient and my mother suffered brain hemorrhage while I was in prison,” he says. “It’s very painful to know that they suffered so much because of me. Unfortunately, I couldn’t be there to support them for all these years.”

“They didn’t allow me to see my parents before taking me to Delhi on that day in 2005,” Fazili says, remembering his mother shouting about his innocence at the policemen who had come to arrest him. “They told me that I had come to Delhi before the blasts, which was not true,” he says. “Then they interrogated me for one full night before producing me before a court in Delhi.”

“They beat me up in some police station here in Srinagar, and when I was taken to Delhi, I was interrogated with third degree torture,” He pauses, while narrating his ordeal, uncomfortable about saying more on the matter. “Let’s not talk more about that torture please,” he says.

When Fazili was produced before a Delhi court in November, 2005, he says he was asked to follow the directions that the police had given him. “Mujay pehle fresh kiya gaya tha (I was made fresh first),” he says, emphasising on the word ‘fresh’, which he says means torture in police language. “So I had to follow their directions and be quiet in court and pretend as if I was involved in the blasts.”

Fazili says he came to know about the terror charges slapped against him and two others – Mohammed Rafiq Shah and Tariq Ahmed Dar – when he was produced in the Delhi court for the first time in 2005. “I didn’t even know when the Delhi blasts had happened as those days I was busy in earning for my family,” he says. “I wouldn’t even get time to see the news or read newspapers. I don’t know how I was involved in the blasts in any way.”

“The police tried to link me with Shah and Dar in front of the judge, but we didn’t know each other,” he says. “Then we were sent to different lock ups on remand for about two months before being sent to Tihar jail for the years ahead.”

“We thought our life was over,” he says. “We didn’t see any hope of our release.”

Once, in 2005, Fazili remembers being taken to a hospital in Delhi for medical checkup along with the other two accused. The Delhi police personnel accompanying him had informed the media, who had arrived beforehand to take their photos at the hospital. But once they realised we might talk to the media and tell them the truth, he says, the police told the media to leave.

In Tihar, Fazili, Shah and Dar were kept in separate jails. “I was kept in jail number 1,” says Fazili. “I knew I was innocent and we [would] get justice someday, but when I would see the kind of cases that were framed against other prisoners there, especially against Muslims from different states, I thought there was no hope of coming out of prison.”

Days went past, turning into weeks, and months disappeared into years. Fazili was sometimes taken out to court for case hearings, where he would see Shah and Dar, but he would return disappointed, without much hope of his release, back to his small cell.

During his 12 years of incarceration, Fazili couldn’t even see his parents once. “They couldn’t afford to come to Delhi to meet me given the expenses involved in travel and stay in Delhi,” he says. “Sometimes I was allowed to briefly talk to them on phone from jail.”

Fazili says he felt sad about the victims of the Delhi blasts and that he can empathise with the pain of victim families. “But that doesn’t mean you falsely implicate innocents like us on terror charges and put us in jail for so many years for a crime we didn’t commit,” he says. “How is that justified? How can you ruin innocent peoples’ lives like that?”

“You see my beard and my hair turned all white during my years in prison,” he tells me quietly, drawing close to my ear so that others sitting in the room don’t hear it, “but I dyed my hair and beard black a day before returning home,” he adds with a faint smile on his face, “just to make my parents feel happy so that they don’t feel sad about my condition.”

When I ask Fazili how he feels about starting his life all over again after more than a decade in prison, he is reminded of his responsibilities to his family before his detention, and the latter years spent in prison. “I have to again start working  and earning for my family now,” he says, trying to sound optimistic. “It looks like I’m born again. But who will return my 12 years lost in prison?”