Why Are Gruesome Lynchings Being Justified in Punjab?

Mainstream political parties and Sikh scholars seem unwilling to upset public sentiment, which appears to forgive murders and justify them because of anger against sacrilege. 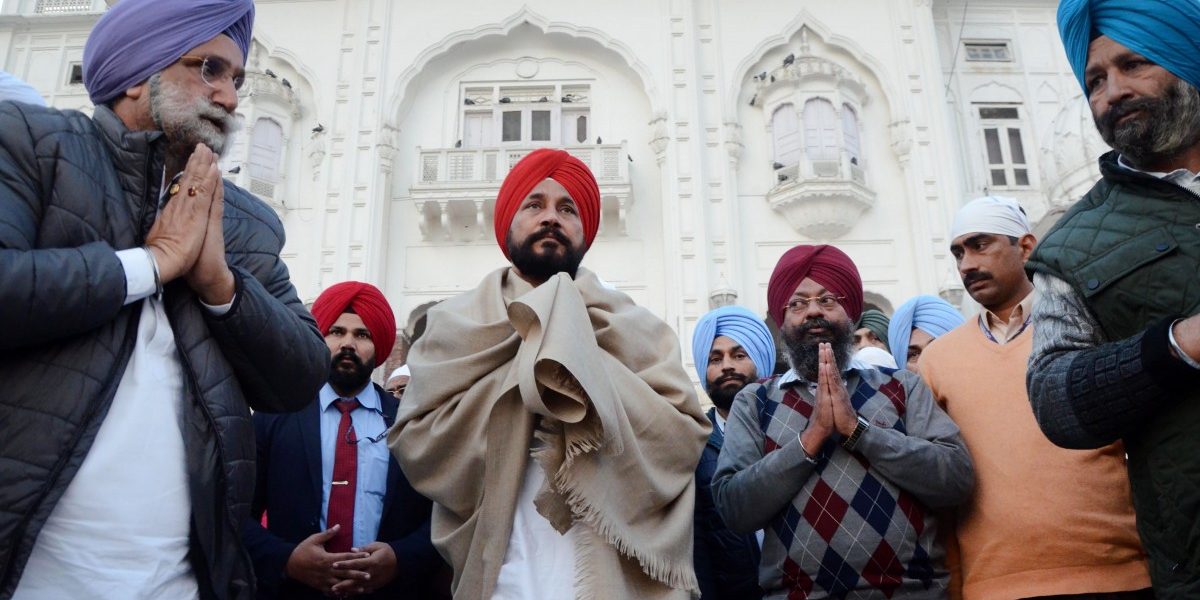 Chandigarh: The deep fault lines in Punjab’s religio-social politics are now out in the open, as the back-to-back lynchings in Amritsar and Kapurthala after alleged sacrilege attempts sent shock waves across the country.

These incidents have refreshed the memories of another brutal lynching episode in October this year, when a man was killed over similar sacrilege allegations in the middle of the farmers’ protest at Singhu border.

What has been most worrying is how there has been growing acceptance of these gruesome killings, with the state merely acting as mute spectator and even failing to register cases.

Many Sikh intellectuals, journalists and even members of different political parties The Wire spoke to either maintained a silence or linked these lynching to the state’s inaction in delivering speedy justice in earlier sacrilege cases, claiming that this had forced people to take the law into their own hands.

In 2015, torn pages of the Guru Granth Sahib were found on Punjab’s streets. Since then, there have been multiple episodes disrespecting the holy book. But respective governments, be it the SAD-BJP government (2012-2017) or the current Congress government, have been accused of not taking these cases to a logical conclusion.

The recent dethroning of Amarinder Singh by his own party colleagues, led by Navjot Singh Sidhu, is also linked to the former’s failure to take timely action on solving sacrilege cases.

Given this history, there has been a growing number of people justifying these killings.

The latest statement by Giani Harpreet Singh, acting jathedar of the Akal Takht (a powerful Sikh religious authority) too echoed similar sentiments. Replying to a tweet by Congress leader Abhishek Manu Singhvi who denounced both sacrilege and lynching in the same breath, Giani Harpreet Singh asked why it had come to a point where the sangat had to kill. “When rule of law failed to provide justice by punishing those who committed sacrilege earlier, what should Sikhs do with their wounded hearts,” he added.

“What should victims of 1984 genocide, counting their last breaths while waiting for justice, do? @DrAMSinghvi should explain,” the Akal Takht jathedar continued.

Senior journalist Jagtar Singh told The Wire that sacrilege at the Golden Temple was not an isolated case. There were a series of such cases in the last several years, he said, but sadly respective state governments failed to crack them. “That is why people are now justifying the killings,” he added.

Even SGPC president Harjinder Singh Dhami said that it was government failure in sacrilege cases that led to the lynching at the Golden Temple.

All mainstream political parties – including current chief minister Charanjit Singh Channi and other members of the ruling Congress government – have maintained a stoic silence over the latest violence.

“These incidents have created a kind of atmosphere in Punjab that any statement condemning the killings will be seen as disrespect to popular sentiments on sacrilege issue in Punjab right now that has taken a centre stage ahead of coming state polls,” a journalist told The Wire.

According to the Census 2011, Sikhism is practised by over 16 million people representing 57.69% of the Punjab population.

Those vocal on the sacrilege issue are also not going against public sentiments, in order to stay politically relevant in the election season.

Punjab Congress chief Navjot Singh Sidhu, who first used the sacrilege issue to remove Amarinder Singh from the chief ministership and is now using it to put pressure on his friend-turned-foe, new chief minister Charanjit Singh Channi, ruffled several feathers when he demanded the “public hanging” of those behind sacrilege during his public address in Punjab’s Malerkotla on Monday.

Many see his statement as an open endorsement of lynching.

Later flaying inaction of his own government in sacrilege cases, Sidhu met families of victims killed in police firing at 2015 anti-sacrilege protests in Faridkot and said that if people delivered instant ‘justice’ in both the latest sacrilege cases, it was because they had no faith in the system.

In Punjab, several SITs are probing the sacrilege cases. While one set of police probes is indicating the role of followers of Sirsa-based Dera Sacha Sauda, whose chief Gurmeet Ram Rahim is already convicted for various crimes, the Central Bureau of Investigation (CBI), which initially probed the matter, has already ruled out Dera followers’ role in sacrilege.

Even as a clear theory on who was responsible for the 2015 sacrilege cases in Punjab is yet to emerge, the latest sacrilege incidents have created new challenges for the Punjab police to find out whether these latest incidents were part of a larger plot, aiming at polarising Punjabi society on religious lines ahead of the election, as many fear now.

“The conspiracy behind this attempted unpardonable sacrilege, assuming there was one, would be aimed less to enrage and offend the Sikhs around the world than to spook and frighten the Punjabi Hindus,” tweeted former IAS officer from Punjab K.B.S. Sidhu.

Numerically speaking, caste Hindus are an important political bloc in the state after Sikhs and Dalits, whose support is crucial for any party to form a government in Punjab.

The narrowing the space for rational voices is the first impact of pro-lynching arguments in Punjab, believe many.

CPI(M)’s Punjab secretary, Sukhwinder Singh Sekhon, told The Wire that mob lynching, whether in Punjab or elsewhere, is condemnable and must be stopped at any cost. No one should be allowed to run a parallel state, no matter what the provocation is, he added.

“We too believe that there should not be long delays in probing and disposal of sacrilege-related cases. But it does not mean that people should be allowed to take the law into their own hands and cripple the law and order system,” said Sekhon.

Criticising the ‘public hanging’ statement by Navjot Singh Sidhu, Sekhon said that this is not how a chief of ruling government must behave.

“I want to ask Sidhu whether there is any provision of public hanging in our constitution. If not then why is he flaring up the public sentiment instead of guiding them to show restraint,” asked Sekhon.

He said, “Ours is not a religious fundamental state. India is a democratic state governed by rule of law and a well-defined constitution. How can any state government go out of the preview of our constitution and set a wrong precedent by siding with those breaking the law?”

“No matter how horrendous the crime, the criminal must be handed over to the state agency and he must be punished as per the law,” he said.

According to Sekhon, there is a possibility that these latest sacrilege attempts are aimed at disturbing hard-earned peace in Punjab. It is therefore very important to unmask those forces, whether internal or external, and expose their conspiracy.

CPI state secretary Bant Singh Brar told The Wire that by killing the people accused of sacrilege, the mob has hampered the police investigation too. “If there was a deep rooted conspiracy to divide the society through these sacrilege attempts, how will it be revealed now when persons sent to execute this are no more?” said Brar.

He asked how the police will reach a conclusion on if the person attempting such a heinous crime was mentally unstable or actually part of a larger design or conspiracy.

“More layers about the sacrilege attempt at Singhu border would have been revealed had the accused been alive today. Similarly, police could have got the major clues through probing the person sent to attempt sacrilege in the Golden Temple if he were alive today,” said Brar.

Brar added while sacrilege at the Golden Temple was a clear-cut case, there are still question marks over the alleged sacrilege attempt in Kapurthala where too the mob killed the accused.

“It is time the political class of the state rise to the occasion and tell people not to kill suspects in sacrilege cases, as it will be helpful in going to the root cause of the matter in later stage investigations,” he added.

Brar, however, said that there is a reason why Punjab’s mainstream parties are behaving this way. “Elections in Punjab are not far and vote bank politics is forcing them not to take a firm stand on public lynching.”

“These incidents may plunge the state into a deep crisis. How will we handle the situation if tomorrow anyone is killed just on the basis of suspicion?” asked Brar.

He said mob lynching is bad, whether it is in any religion or practiced by any community.

When the lynching at Singhu took place, Samyukta Kisan Morcha immediately denounced it and called for upholding of rule of law. This time, there has been no statement either from SKM or individual farmers’ leaders even three days after the similar gruesome killings in Punjab.

When contacted, Joginder Singh Ugrahana, president of BKU-Ekta Ugrahan, one of the key farm unions in Punjab, told The Wire, “While sacrilege incidents are highly condemnable, I don’t want to make any comment on the lynching right now.”