"The industrialists who meet the Prime Minister don't speak whole truth. After meeting the PM, they wonder what is happening and say 'please do something'. And in front of the media they give the government 9 out of 10," Shourie claimed. 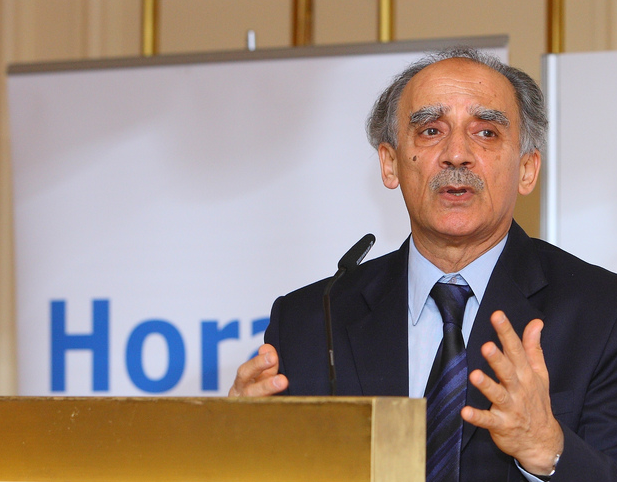 New Delhi:  In a sharp attack on  Narendra Modi and his government, BJP leader Arun Shourie on Tuesday contended that the Prime Minister believes managing the economy means “managing the headlines” and said that people had started recalling the days of former Prime Minister Manmohan Singh.

“Doctor Singh (Manmohan Singh) ko log yaad karne lag gaye hain (People have started recalling the days of Manmohan Singh). The way to charaterise policies of the government is –Congress plus a cow. Policies are the same,” Shourie said at a book launch function.

Pointing out differences between the present and the previous governments, Shourie said “there is clearer belief (in the present dispensation) that managing the economy means managing the headlines and this is not really going to work.”

Targeting Modi, Shourie, who was minister for disinvestment in the Vajpayee government said, “I feel there was never a weaker a PMO as now”.

He said “there has never been as great a centralisation of functions, not power, of functions in PMO as now. …If fellows don’t dont have domain expertise, that Brajesh Mishra had, L K Jha had, all these principal secretaries had, then things get stuck.”

Shourie said, “everybody is busy and everybody is doing very hard work, but it is not resulting in two three big things – that was problem at that time(UPA government time).”

Elaborating, he said, “If you see impediments that were there in tax administration, virtually no change… Banking reform has been delayed by a year and a half for no reason. So therefore this tortoise is a very generous metaphor. Ye to so hi jata hai (this tortoise goes to sleep).”

He claimed that industrialists are afraid of speaking against the government.

“The industrialists who meet the Prime Minister don’t speak whole truth. After meeting the PM, they wonder what is happening and say ‘please do something’. And in front of the media they give the government 9 out of 10,” Shourie claimed.

Shourie noted that Parliament has become an alibi for not doing anything.

While taking digs at the Modi government, Shourie said it should embrace everybody instead of fighting.

“Don’t get into a fight with everyone. If you want to build Delhi-Mumbai Industrial Corridor, you require the support of five Chief Ministers,” he said.

Shourie said the government cannot be run through “boxing matches” and that every state has to be taken into confidence for smoother policy implementation.

On the government’s relationship with the states and the opposition he said, “One thing that has surprised me about the government is its timidity. Slight opposition comes and the reform is dropped… In my head I would say please befriend, please impress… You cannot get up every morning and get into a boxing match.”

He said the NDA government was essentially “the Congress plus a cow”, in an apparent dig at the recent controversy over beef bans and the lynching of a Muslim man in Dadri over rumours of consuming beef.

Former Foreign Secretary Shyam Saran, who was one of the panelists, also criticised the government on the foreign policy front, saying there were no concrete results in terms of actual implementation.

So the grouse always is where’s the beef?” Saran  quipped.

He said the tenor of Shourie’s criticism misrepresents the economic stability that “we have achieved.”