At Launch of His Autobiography, M.K. Stalin Reaffirms Plan to Fight for Deeper Federalism

The message is loud and clear: Stalin is probably preparing to play a greater national role. 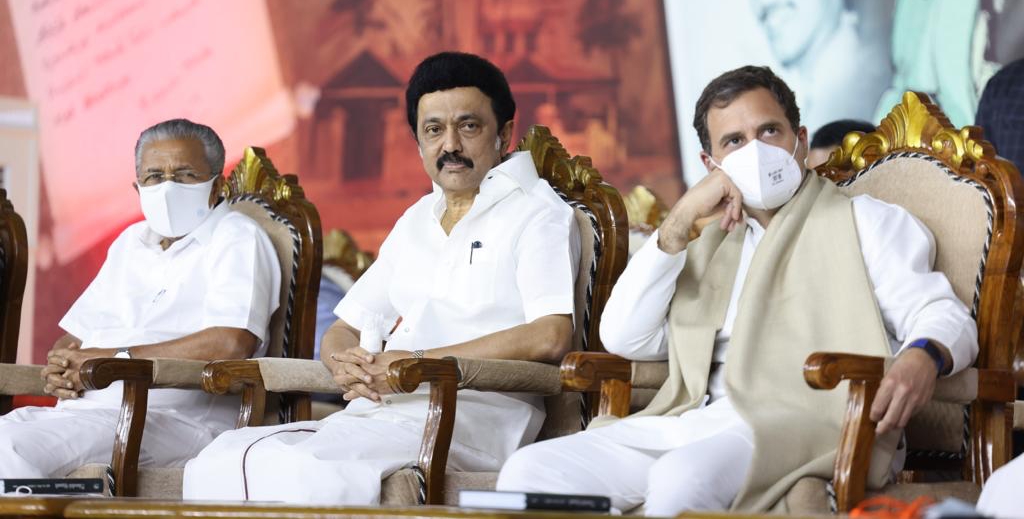 M.K. Stalin (centre) flanked by Pinarayi Vijayan and Rahul Gandhi at the launch of his book. Photo: By arrangement

Chennai: On February 28, the eve of his birthday, Tamil Nadu chief minister M.K. Stalin released the first part of his autobiography, Ungalil Oruvan (One Amongst You). Published by Poompuhar Pathippakam, the book is about Stalin’s life, from his birth in March 1953 to his arrest under the Maintenance of Internal Security Act (MISA) during the Emergency in February 1976.

While the book has its own significance in Tamil Nadu’s political landscape, the event itself delivered perhaps a more important message that Stalin has made no bones about expressing since he took over as Tamil Nadu’s chief minister – his focus on federalism. “The Dravidian model believes in equal rights to all ethnic groups. India is a union of states. The constitution says so. All the states should have higher powers and federal rights. The Indian government, which is a union of states, should act on the principles of federalism,” Stalin said.

Declaring that his ideological belief was the Dravidian model, Stalin said his aim was to propagate the Dravidian model across the country and hence national leaders were invited. The book release event was attended by, amongst others, leaders from across political spectrum including Congress leader Rahul Gandhi, Kerala chief minister Pinarayi Vijayan, former Jammu and Kashmir chief minister Omar Abdullah and Bihar’s opposition leader Tejasvi Yadav.

Calling for constitutional amendments to bestow more rights on the states, Stalin appealed to the Congress, Left and regional parties to raise their voices in support of this demand.

That the event was more than a book release of a state’s chief minister was also evident from the speeches delivered by other leaders. Abdullah said he was not there as a “victim” but to “caution about what could happen to other states”.

But the message is loud and clear. 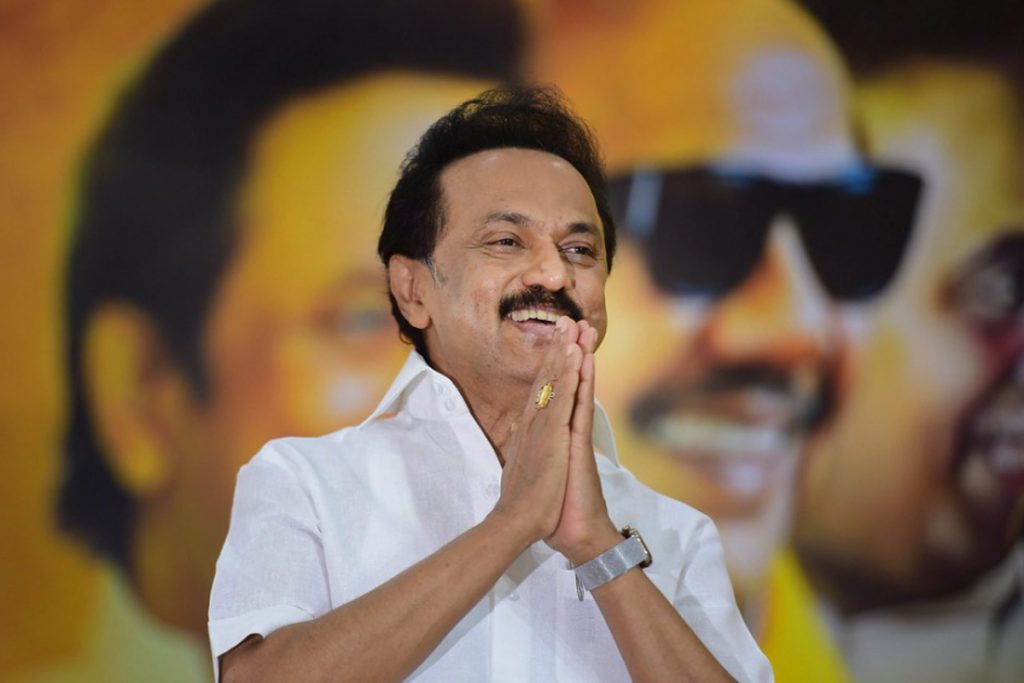 Stalin is probably preparing to play a greater national role. After having delivered successive electoral victories in 2019 (Lok Sabha elections where the DMK-led front won 38 out of 39 seats), in 2021 (assembly elections where the front won 159 of 234 seats) and in the recently held urban local body elections, Stalin has been dropping hints about forming a larger anti-BJP front and not just for electoral reasons.

The All-India Federation for Social Justice floated by Stalin is aimed at “achieving principles of social justice and federalism at the national level”. The federation, Stalin declared, will bring together leaders, members of civil society, like-minded individuals and organisations on a common platform towards the goal. Stalin also wrote to 37 organisations inviting them to be part of the federation.

“The idea is to clearly regain the space for affirmative action. It has an historical context to it,” says senior journalist and author of Karunanidhi: A Life, A.S. Panneerselvan, pointing to the first amendment to the Constitution of India which empowered the states to take affirmative action. The amendment was the result of a Supreme Court judgement in 1951 which upheld the Madras high court judgment striking down the government order passed in 1927 providing caste-based reservation in government jobs and college seats.

Stalin hinted at the event that the fight continues. “In 1953 when I was born, we fought against kula kalvi (caste/hereditary form of education). Today we are fighting against NEET. When I was a student, the fight was against the imposition of Hindi. Today, we still continue to fight against Hindi hegemony. In 1971, when I held a function for Anna [Annadurai], three chief ministers took part and spoke out for federalism. Today we continue to do that.”

Chennai-based political commentator Aazhi Senthilnathan says Stalin wants to together steer the ideas of social justice and federalism. “They are of course DMK’s ideas, but Stalin is driving them together and that is very significant.”

While the idea could be to fight at all levels, the efforts could also have electoral repercussions. DMK spokesperson Constantine Ravindran says Stalin is already playing an aggressive role in promoting the ideas of federalism and social justice, but during elections in 2024 he could be a galvanising force among non-BJP parties with some differences.

Senthilnathan agrees: “Mamata Banerjee cannot work with the Left and the Congress. CPI(M) can work with Congress in states like Tamil Nadu but not in a major state like Kerala. The regional parties cannot work alone. Stalin can deal with each of them and bring them on a common platform. His is the formula to defeat the BJP at the national level.”

“His formula of bringing together the Left, Congress and the regional parties has turned out to be successful in Tamil Nadu. Today, the Tamil Nadu model is seen as an alternative to the UP model. It is too early to say if he wants to be or will be the king. But he is certainly on his way to being the kingmaker.”