Interview: Distress in Gujarat Is Real, Modi Alone May Not Be Able to Do Damage Control

In conversation with political analyst Achyut Yagnik on what to expect from the upcoming Gujarat assembly elections, the rise of the BJP and more. 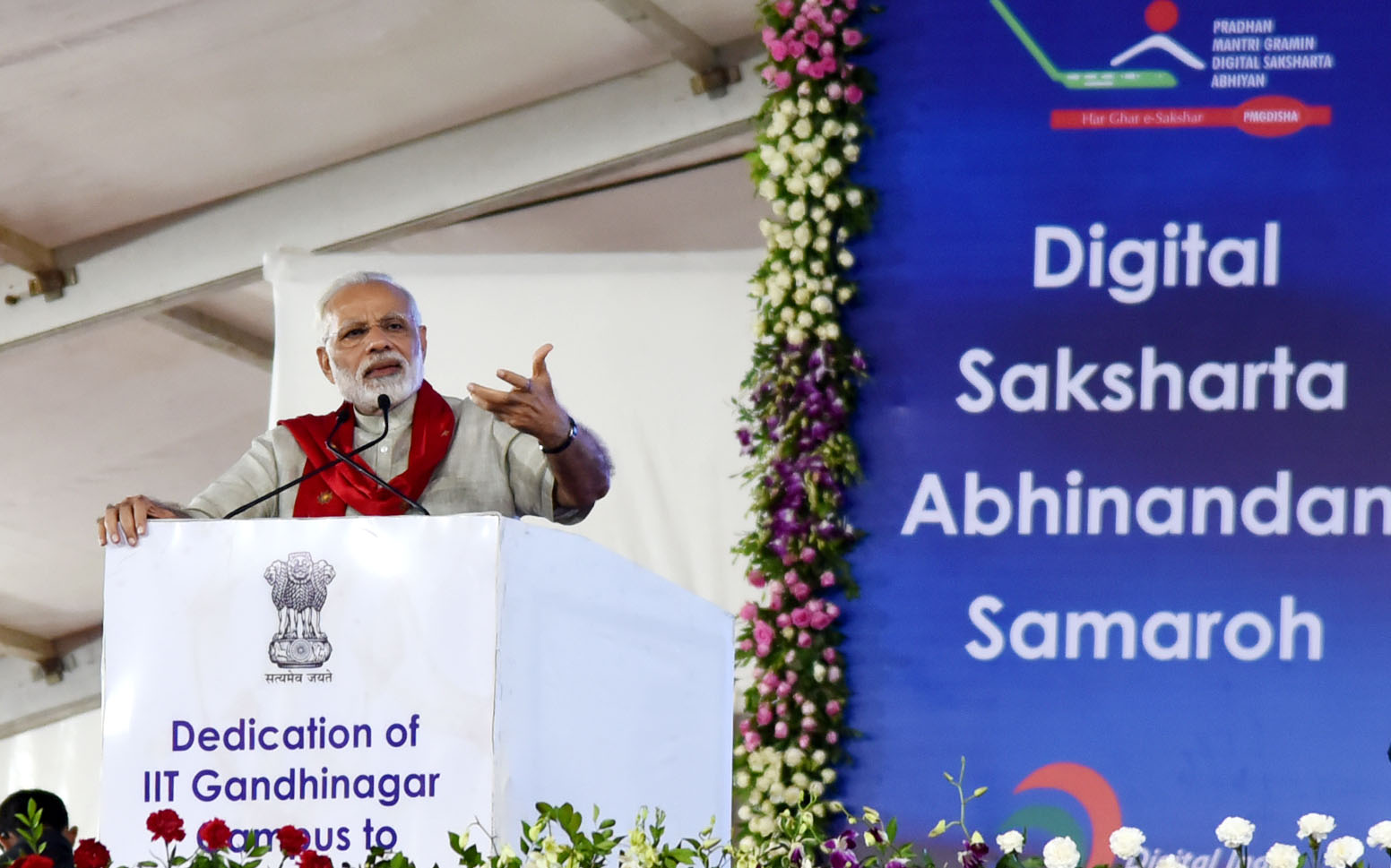 Prime Minister Narendra Modi dedicating the newly-constructed building of IIT Gandhinagar to the nation, in Gujarat on October 07, 2017. Credit: PIB 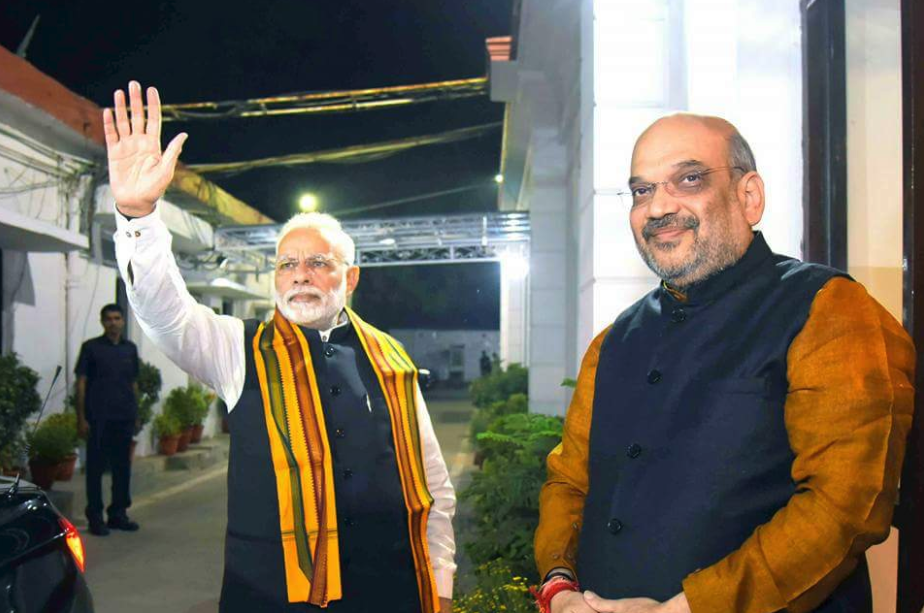 Ahmedabad: The final nominations for the first phase of the much-awaited Gujarat assembly elections are done, but official campaigns by political parties are yet to reach the expected feverish pitch. The aggressive style of canvassing that the Bharatiya Janata Party (BJP) is known for is missing in the run up. The Congress, which has over the last few decades lost much of its traditional support base in the state, seems to be active, but mostly on social media.

Yet, in what clearly looks like a bipolar contest between the two parties, most common folk refer to this election as a “50-50” affair, indicating a tight contest. For a state which has had non-Congress regimes for the last 22 years and BJP at the helm of affairs for the most of this time, this popular analysis is both new and interesting. It signifies that political factors at play are much more complicated than some previous elections, in which victory for the BJP was a foregone conclusion. It also shows a rising support for the Congress and underlines a sense of disenchantment with the BJP leadership of the state.

In this interview with The Wire, one of the most prominent political analysts and social scientists of the state, Achyut Yagnik, talks about the current political circumstances in Gujarat. The author of Shaping of Modern Gujarat: Plurality, Hindutva and Beyond also traces the historical trajectory of the rise of the BJP and decline of the Congress in the state.

The 2017 assembly polls in Gujarat are being fought without Narendra Modi leading from the front. How would you sum up the current political situation?

At the moment, I can only say that the vote share of Congress will increase this time. The difference in vote shares of both the parties has remained at around 10% in previous elections. Congress has always got around 40% vote share. This may go up, but whether it will be sufficient to defeat the BJP remains to be seen.

People have been feeling the pinch of unemployment in the past years. The growth model in the state has resulted in great joblessness.

What we now see is a strong urban and rural divide. The rural population feel much more distressed than people staying in urban areas. The Congress seems to be getting an advantage in rural areas if the 2015 panchayat elections are some sort of an indicator. [While the BJP retained all six municipal corporations and won 42 of the 56 municipalities, Congress bounced back to defeat the BJP in 23 of 31 district panchayats and 113 of 193 taluka panchayats.]

Do you not think that once Modi starts to campaign, the tide may completely swing in favour of the BJP? At least that is what the BJP claims.

The distress in many parts of Gujarat is real. Modi alone may not be able to do all the damage control. The current chief minister, Vijay Rupani, is not all that popular. In fact, he was a district-level leader before becoming the chief minister. This says a lot about Modi’s leadership too. He did not cultivate any second line of leadership in all the years he spent as the topmost leader in Gujarat.

How far do you think the triumvirate of Hardik Patel, Alpesh Thakor and Jignesh Mevani will impact the BJP?

Look, the Patidar community has been the backbone of the BJP since the 1990s, when it aligned with the party against the Congress’s social coalition formula of KHAM (Kshatriya, Harijan, Adivasi and Muslims). At 15% of the total population, Patidars contributed the most to the rise of the BJP here.

Since rural Patidars are primarily farmers, they have been reeling under a long spell of agrarian crisis; most of the young people in the community have been unable to secure jobs in Gujarat. Hardik Patel’s agitation provided the trigger in August 2015. One can easily see a split in the community. A large section of youth in the community does not want to vote BJP. That is why the party has been trying very hard to rope in as many PAAS [Patidar Anamat Andolan Samiti spearheaded by Hardik] leaders as possible.

The Patidar agitation hit the BJP the most. 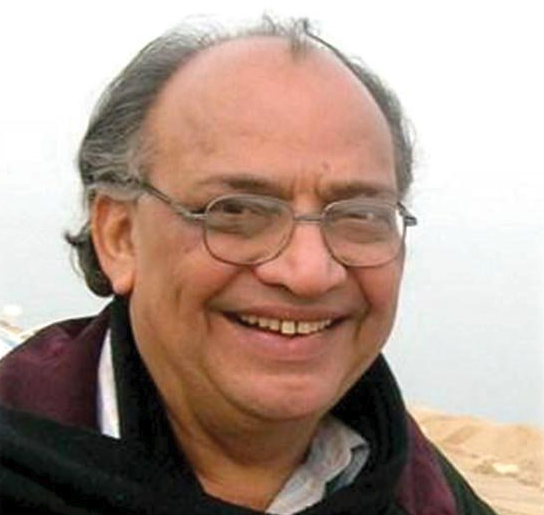 Similarly, Alpesh Thakor, who started with a social reform movement against alcohol consumption but has now joined the Congress, has great popularity within his community. Jignesh Mevani too has gained a lot of traction. I am sure together they will have an impact.

So is the demand for Patidar reservations justifiable?

In Gujarat, Congress leaders Jinabhai Darji and his disciple Madhav Singh Solanki, who was a four-time chief minister, tried to stitch together a caste-based social coalition on the lines of a similar formula initiated by Karnataka chief minister D. Devaraj Urs in the 1970s.

Jinabhai wanted more empowerment and more representation for the marginalised populations. Kshatriya in Gujarat includes backward communities like Kolis, Thakors and some other small and medium farmers. It was a successful formula electorally too. Madhav Singh Solanki won 149 seats out of 182 in the 1985 assembly. That is why Amit Shah [the BJP president] talks about “150+” seats for BJP this time. The BJP, in all the years it ruled, could never outperform Solanki. The Brahmin, Bania, Patidar dominance in state politics receded slowly because of this KHAM alliance. Despite all its problems, it ensured that backward communities found representation in politics. For instance, a tribal politician, Amarsinh Chaudhary, although a very corrupt one, went on to become the chief minister of the state [from 1985-1989].

That is why the land-owning communities like Patidars, who were themselves one of the biggest beneficiaries of land reforms, reacted against the Congress and aligned with the BJP. They led two big anti-reservation movements in 1981 and 1985.

So the BJP consolidated its presence because of these developments?

The second anti-reservation movement in 1985 degenerated into a communal movement. A small section of OBCs among Muslims were eligible for reservations. The BJP, which at that time was trying to get a foothold through these mobilisations against the Congress, communalised the movement against reservation. The state became a laboratory of Hindutva in the 1980s. A series of Hindu-Muslim riots happened in 1986, 1987, 1990 and 1992. Then small skirmishes kept happening. The last big one was in 2002. All these created great space for the BJP in Gujarat’s polity. The Congress chief ministers could not manage the volatile situation.

You say there is a rising disillusionment against the BJP. But will the Congress be seen as a credible alternative, given their constantly weakening organisational presence over the years?

They are campaigning well this time, unlike the last few assembly polls. It is comparatively in a better shape and is highlighting crucial issues.

See, the so-called Gujarat development model has exhausted its potential. The expectations of the people from the BJP was that this model will create enough jobs, which it didn’t. Big industries came, but with their level of automation, did not create enough jobs for people.

A large section of Patidars has been investing their agricultural surpluses from cash crops like groundnut, tobacco, cotton, cumin, sugarcane in medium- and small-scale enterprises. But the big industry-driven Gujarat model led to the decline of these enterprises. According to one estimate, 25% of these companies shut down in the last few years. Now the GST [Goods and Services Tax] has created further problems for them.

The whole industrialisation aspect of the model is also a little too overrated. One of the earliest textile mills in Asia was founded in Ahmedabad in the year 1861. Gujarat has always been rich in mercantile resources because of the sea gateway, Khambat. Surat became a trading hub much before Bombay. Even Mughal emperors partnered with Gujarati sethias (traders). The foreign remittances also started coming in since 1899, when a big famine in Gujarat and Rajasthan forced a large number of Gujaratis to east Africa.

Following the rise of authoritarian regimes in Africa in the 1970s, like that of Ugandan leader Idi Amin, they migrated to the Western world, especially England and the US.

The point is that the budgetary allocations for the social sector like education, health and so on really declined during the last decade.

Why did the Modi cult click so well, then?

Two reasons: Hindutva and rhetoric. He changed the political idiom of political speeches. He talked about “Swarnim Gujarat”, instilled a Gujarati uniqueness of identity with slogans like this. But that identity was also an anti-Muslim one. Within a few years of him becoming a chief minister, he started taking potshots at “miyan Musharraf”, referring to the Pakistan’s president. What one does not realise outside Gujarat is that unlike in northern India, miyan is always used in a derogatory way.