The Fruit of AAP's Labour

AAP, in a way, is the first party to address Delhi as a city in its own right, and not merely a power centre. Herein lies its success. 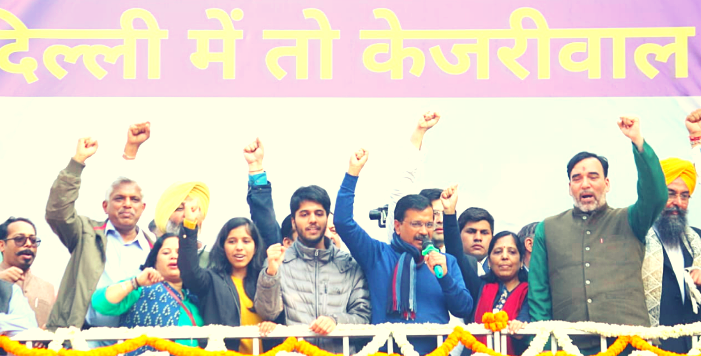 New Delhi: The last time a political leader relied on a slogan that focused on ‘kaam’ was when Samajwadi Party’s Akhilesh Yadav sought a second chief ministerial stint in the 2017 Uttar Pradesh assembly polls.

But Akhilesh’s campaign song Kaam bolta hai could not save him from a crushing defeat at the hands of Bharatiya Janata Party, which made Hindutva its sole motto for the assembly polls in the state.

What distinguished him from Aam Aadmi Party leader Arvind Kejriwal, who used a similar slogan to rout the saffron party by sweeping 62 of 70 seats, is that the Delhi chief minister forayed into the polls with a range of universal, not targeted, welfare measures for people of Delhi.

Thus, although the BJP denounced these measures as a set of “freebies”, it was Delhi’s electorate cutting across caste and class that gave a thumbs up to AAP.

The 62-8 victory in favour of AAP can’t be bracketed as a win for some communities over others. The traditional caste, class and religious political dynamics hardly played any major role during the campaign for Delhi polls, despite the BJP having gone on an overdrive to pitch the majority of Hindus against Muslims towards the latter half of the campaign.

Also read: With Another Win in Delhi, Is Arvind Kejriwal Moving to the National Pulpit?

AAP’s sober campaign on developmental issues like health, education and service delivery held greater attraction among voters, as it secured an absolute majority with more than 53% of the total votes polled.

Its leaders successfully showcased that Kejriwal government had turned the national capital into a state with a surplus budget despite implementing universal welfare schemes. By introducing a range of subsidies, it made lives easy for working people. 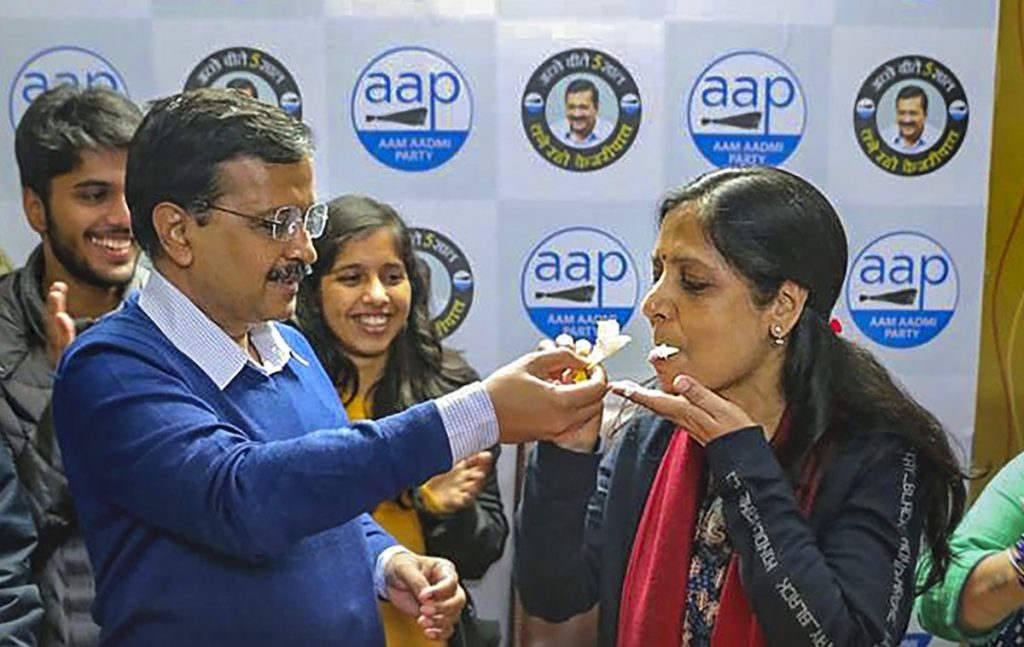 It questioned the BJP on why it did not attack the Modi government at the Centre for drastically cutting corporate tax and why it feels sops for the rich corporations are not “freebies”.

At the same time, it refused to get caught with questions BJP wanted it to answer. Barring one single time when deputy chief minister Manish Sisodia’s support to Shaheen Bagh’s protest was overblown by the saffron party as an anti-national act, AAP doggedly sidestepped BJP’s every effort to dominate the political narrative, and instead, stuck to its own.

With this win, AAP has emerged as a party which has made state-led welfare fashionable again. While other parties pride themselves for introducing greater economic reforms while leaving common people to fend for themselves, AAP reversed the model quite creatively to focus on local governance that intends to improve quality of life in Delhi.

AAP, in a way, is the first party to address Delhi as a city in its own right, and not merely a power centre.

Sheila Dikshit as the three-term chief minister turned the national capital into a big infrastructure hub but failed to address it as cosmopolitan metropolis that houses several thousands of migrants.

Kejriwal as the chief minister took into account that Delhi over the last few decades has gradually transformed into a working class city – much on the lines of Mumbai – and pivoted his party’s politics around concerns of the working people.

Along with larger reforms centred around healthcare and education, Kejriwal gave an impression that he was much better placed to improve basic infrastructure like sewerage system, water and electricity supply, colony-level roads etc. and make them affordable too.

BJP, on the other hand, had no clear vision for the city. Its lacklustre leadership in Delhi only made its case worse. On one hand, there was AAP which trumpeted its local governance model, with gains in the last five years to show, but on the other hand was BJP, which attempted to distract the electorate with its high-pitched Hindutva agenda.

The results are there for everyone to see.

Following its re-election, AAP brand of politics seems like a natural progression for the ever-expanding Delhi. It may not succeed outside the urban peripheries of Delhi but its success can’t be belittled as its governance model has successfully drawn towards itself people belonging to different parts of India who have now settled in the national capital.

“Kaam karke dikha diya Kejriwal ne (Kejriwal has shown how to work)” was a common refrain which one would have encountered across Delhi during the election campaign. Its party leaders were on the ground driving this message home. AAP was a disciplined, organised force throughout the last few months.

Also read: With AAP Victory in Delhi, a Unique Form of Political Awareness Solidifies in India

Merely six months after almost 58% Delhi’s voters helped BJP secure all the seven parliamentary seats from Delhi, AAP has turned in a humongous victory in the assembly polls. Each person was touched by one or more welfare measure introduced by AAP.

This result would also come as a blow to a large section of big media. A large number of television channels, especially the Hindi ones, and regional newspapers did not hesitate to become carriers of BJP’s anti-Muslim campaign as the canvassing progressed.

The takeaway from this round of Delhi poll is simple and clear: people will, on any day, choose a party with a good track record in governance over a party which solely relies on a divisive and hate-filled campaign.

AAP’s clean image and visible changes Kejriwal’s government introduced in functioning of the national capital finally triumphed over BJP’s extensive use of money and muscle power. That it could break away from the polarising debates that has filled Indian society over the last few years successfully, and emerge as an independent political force, will be a lesson for all political parties in the days to come.