Middle-class protests are few and far between in Ahmedabad, but they hold a great significance. 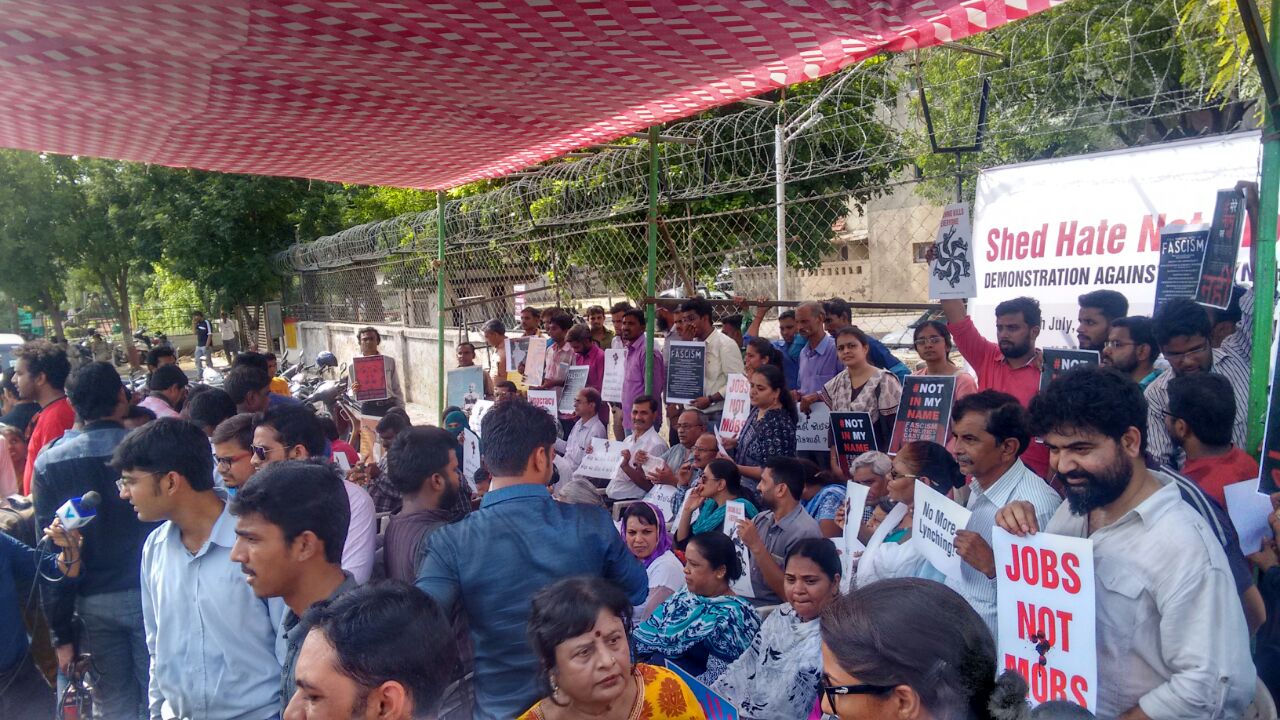 I have always joked that a house becomes mine when I make dosas and grow a few potted plants in it, and a city becomes mine when I protest on its streets. Over the past year, after I moved to Ahmedabad, I have made tens of dosas and raised many plants, but protesting seemed a distant impossibility. When I told this to a friend, she coyly replied that my expectations were slightly out of line in Ahmedabad. In other words, she implied that protests were not the norm in this city.

I must clarify at the outset that in every city, including Ahmedabad, non-governmental organisations, unions and individuals fight grave injustices caused by economic and social hierarchies each day. Those forms of protest are part of everyday life for many who are seeking basic constitutional rights – the right to livelihood, food, education, a life of dignity. What I felt particularly in this city was the absence of middle-class protests, which brings people out of their comfortable homes and offices to seek social justice or some form of government accountability. Though I have, whenever I could, stood in solidarity with the former kind of protests, I constantly feel the need for the latter.

The middle class are among the most difficult to mobilise because they are less interested in claiming their democratic rights, even when they have the resources, time and potential to challenge covert and overt misuses of power that governments indulge in rather easily. I have been told that this kind of protest in Ahmedabad is less frequent than in other cities. Take, for instance, the protests following attacks on Dalits in Una. Even as the crowds marched in Ahmedabad, it received little attention from the middle class. This is unfortunate as the city has historically been home to several well-known liberal thinkers as well as political movements.

Having joined various protests in different parts of the country and the world, in places where I have lived or merely visited, over causes that are personal (gender, environment, social justice) and political (displacement caused by infrastructure projects, demolition drives against slums in mega cities), I can say with some confidence that protests are a remarkable tool for building solidarity, healing collective pain and creating a more aware citizenry (I do not use the term ‘citizen’ as an exclusionary term, but one that enables active participation in the city). Protests espouse the language of ‘freedom’ and ‘rights’, which is also vital for young children as it encourages political upbringing. This is necessary in contemporary times especially, because the middle-class disdain for politics has kept youngsters out of political processes. This is probably because political thought or point of view is often confused with our notion of corrupt politics, even though it rarely reflects the former in our country.

After watching the ‘#NotInMyName’ protests across various parts of the country, we wondered why Ahmedabad did not call upon its people for a similar cause. However, we had the opportunity to take our son to one such protest on Saturday (July 8). It is probably telling that the city took a little more time over other places to mobilise under this banner. As we got there, our child, who has accompanied us to other protests, asked us the difficult question – what are we doing here? And though our response was coated with soft answers suitable for a child, we tried to communicate the relevance of the event and our participation in it.

We haven’t told him yet that this event holds greater significance here than anywhere else; that the city has been the epicentre of many violent processes and shows deep scars of polarisation even today; that its past is filled with social and communal tensions that have resulted in segregated neighbourhoods. We stood there seeking love and peace, hoping to “shed hate not blood”, as the posters suggested. The protest was also about convincing myself that the city has finally become mine.

Divya Ravindranath is a researcher based in Ahmedabad.