Compelling citizens to listen to the national anthem with the objective of inculcating patriotism and nationalism violates the very autonomy that the nine-judge bench of the apex court recently upheld. 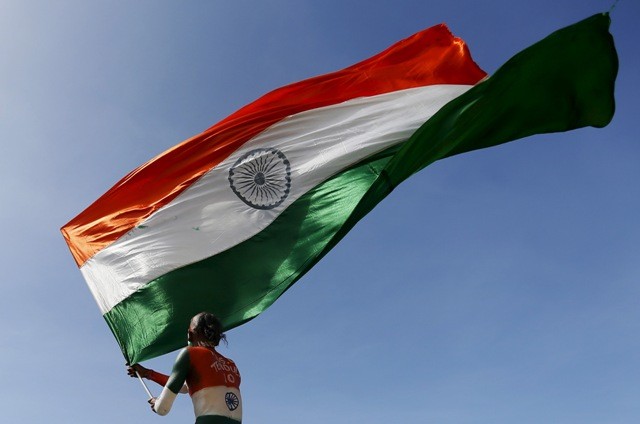 Patriotism is a matter of personal opinion and cannot be mandated. Credit: Reuters

On November 30, 2016, the Supreme Court, in an interim order, made it compulsory for movie theaters to play the national anthem before the start of a feature film. The time has come, it said, for citizens to show respect to the anthem, which it called a symbol of “constitutional patriotism”. The court felt such a directive would instill “a sense of committed patriotism and nationalism” and dismissed, in this context, “the perception of individual rights”.

In its 547-page judgment in the right to privacy case on August 24, the court spoke in a starkly different voice. A nine-judge bench penned a powerful treatise on the salience of individual rights. Affirming the right to privacy, the judges wrote at length about an individual’s autonomy and his or her right to make choices. In doing so, it has struck at the basic logic behind the national anthem ruling, which must now be reversed.

While delivering the main judgment in the right to privacy case, Justice Dhananjaya Chandrachud said that “the best decisions on how life should be lived are entrusted to the individual” and “the duty of the state is to safeguard the ability to take decisions – the autonomy of the individual – and not to dictate those decisions”.

Privacy, he wrote, “recognises the autonomy of the individual and the right of every person to make essential choices which affect the course of life.” Justice Rohinton Nariman echoed this view in holding that privacy includes “the privacy of choice, which protects an individual’s autonomy over fundamental personal choices.”

Citizen ‘A’ might feel patriotic when listening to the anthem or when wearing a flag pin. Citizen ‘B’ might prefer social service. Citizen ‘C’ might see dissent as the best expression of patriotism while Citizen ‘D’ is free to choose the unpopular opinion that patriotism isn’t a virtue.

Such a diversity of opinions stands protected by Justice Chandrachud’s description of privacy. He stated:

“Privacy enables each individual to take crucial decisions which find expression in the human personality. It enables individuals to preserve their beliefs, thoughts, expressions, ideas, ideologies, preferences and choices against societal demands of homogeneity. Privacy is an intrinsic recognition of heterogeneity, of the right of the individual to be different and to stand against the tide of conformity in creating a zone of solitude. Privacy protects the individual from the searching glare of publicity in matters which are personal to his or her life. Privacy attaches to the person and not to the place where it is associated.”

The bottomline is that patriotism – a matter of personal opinion – cannot be mandated. The US Supreme Court dealt with forced patriotism nearly 75 years ago, in West Virginia State Board of Education vs Barnette, when it decided on the validity of a resolution by the board of education that required teachers and students to “participate in the salute honoring the nation represented by the flag.” In a widely celebrated judgment, Justice Hugo Black wrote that “words uttered under coercion are proof of loyalty to nothing but self interest. Love of country must spring from willing hearts and free minds, inspired by a fair administration of wise laws enacted by the people’s elected representatives within the bounds of express constitutional prohibitions.”

In his right to privacy judgment, Justice Jasti Chelameswar remarked that “history abounds with examples of attempts by governments to shape the minds of subjects.” It is ironic that in the national anthem case, it is the Supreme Court that is attempting to shape the minds of citizens. In a particularly pertinent passage, Justice Chelameswar highlights government attempts to condition “the thought process by prescribing what to read or not to read; what forms of art alone are required to be appreciated leading to the conditioning of beliefs; interfering with the choice of people regarding the kind of literature, music or art which an individual would prefer to enjoy.” Such conditioning, according to him, is achieved “by screening the source of information or prescribing penalties for making choices which governments do not approve.”

The word “conditioning” very aptly describes the court’s objective in the national anthem case, where it seeks to stir patriotism and nationalism. The mode of conditioning is to force moviegoers to listen to the national anthem and stand up while it is being played. The court seeks to take guardianship of the individual’s mind and the forced show of patriotism results in a misperception of one’s true beliefs .

Ironically, the national anthem was composed by the great poet Rabindranath Tagore, who wrote a book critical of nationalism. He said:

“Even though from childhood I had been taught that the idolatry of Nation is almost better than reverence for God and humanity, I believe I have outgrown that teaching, and it is my conviction that my countrymen will gain truly their India by fighting against that education which teaches them that a country is greater than the ideals of humanity.”

Constitutional patriotism is a concept that originated in West Germany. Jan-Werner Muller and Kim Lane Scheppele, scholars who have written extensively on it, explain that, “in general, the concept of constitutional patriotism designates the idea that political attachment ought to center on the norms, the values, and more indirectly, the procedures of a liberal democratic constitution.”

Applying this definition, it can be argued that the court’s order, premised on constitutional patriotism, actually violates the principles of constitutional patriotism by abridging constitutional rights. Justice Chandrachud in his 265-page right to privacy opinion invoked the preamble to the Indian constitution, which refers specifically to the liberty of thought and expression. He wrote that, “thoughts and behavioural patterns which are intimate to an individual are entitled to a zone of privacy where one is free of social expectations.”

The interim order on the playing of the national anthem contributes little to the jurisprudence of a constitutional court. The court in its final decision must apply and uphold principles laid down by the nine judges in the right to privacy case. It must not enter the dangerous domain of controlling thought processes and must not defeat an individual’s rights to self-realisation and self-determination.

Rohit Bhat is a New Delhi-based lawyer with a focus on constitutional and commercial litigation. He used his master’s programme at Harvard Law School to delve into free speech issues. He tweets @rohitbhat.