The student activist's lawyer, seeking bail, said none of the people mentioned in the FIR should be held in custody. 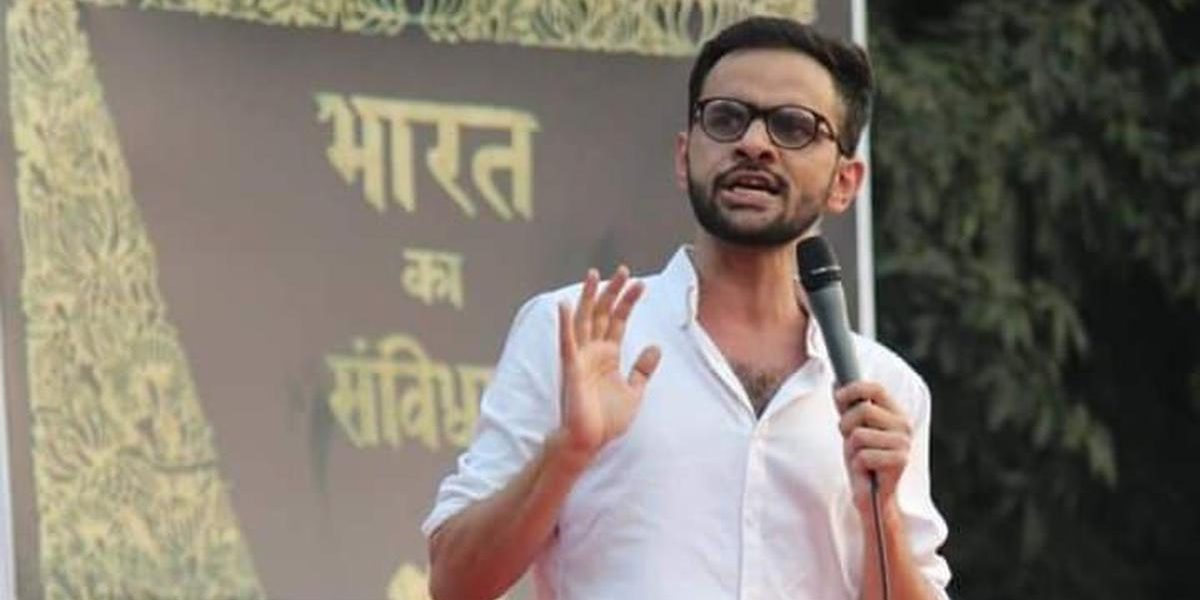 New Delhi: Activist Umar Khalid, arrested under the Unlawful Activities (Prevention) Act (UAPA) in the Delhi riots conspiracy case, told a Delhi court on Monday that there were various contradictions in the police’s claims against him, describing the case against him as “cooked up”.

Khalid, along with several other activists, students and politicians, has been booked under the stringent anti-terror UAPA. They are accused of being the “masterminds” of the February 2020 violence, which had left 53 people dead and over 700 injured. He has sought bail in the case.

According to LiveLaw, Khalid’s lawyer, senior advocate Tridep Pais, told additional sessions judge Amitabh Rawat that the case against his client is based on video clips that were run by Republic TV and News 18 which showed a ‘truncated version’ of his speech.

Republic TV has admitted that the channel broadcast a clip that was based on a tweet by BJP member Amit Malviya. Pais, according to LiveLaw, read out the reply given by Republic TV to a demand made by the police under Section 91 of the CrPC for a copy of the video footage. “The footage was not recorded by our cameraperson. It was tweeted by Mr. Amit Malviya,” the channel said.

“Your material is a YouTube video which is copied from a tweet. The journalist did not even have the responsibility to go there. It’s not a journalistic ethic. This is death of journalism.”

In the case of News 18, the advocate said that the channel had deleted sentences from Khalid’s speech, which changed its meaning and context.

The lawyer, pursuant to showing the video, apprised the court that his client did not give any call for violence through the speech and in fact gave a message of unity to the people.

“A message of unity based on Gandhiji[‘s values] was given by Umar Khalid that day. It was termed as terror. Content is not seditious. He is talking about democratic power. He referred to Gandhi,” Pais added.

“I have been framed by the press. Why did they leave other parts of speech? Quite apart from the fact that nothing happened on [February] 17, you come upon this speech in March,” Pais submitted, according to LiveLaw.

The lawyer pointed to the second contradiction in the Delhi police’s claims. While it is the police’s case that Khalid conspired with other accused on January 8 to cause riots during former US president Donald Trump’s visit, the news about his visit was announced only in February.

“These are the kind of lies they are peddling. This is a joke. This FIR is a cooked-up theory. Is it that easy to prosecute people? Do you have no responsibility as a prosecution?” Pais said.

According to LiveLaw, he added, “Laughable statements have been made. What will the prosecution achieve from this? The purpose of this FIR is not to bring home guilt, it’s hypocrisy. None of the people in this FIR should be held in custody.”

Also Read: Delhi 2020, the Real Conspiracy: What the Police Chose Not to See

The Delhi police had recently said that the bail plea has no merit and that it will demonstrate the prima facie case against him before the court by referring to the chargesheet filed in the case.

In April, the former JNU student was granted bail in one of the riot cases. The court, while granting him bail, noted that he was not physically present at the scene of the crime on the date of the incident.

Besides him, JNU students Natasha Narwal and Devangana Kalita, Jamia Coordination Committee members Safoora Zargar, former AAP councillor Tahir Hussain and several others have also been booked under the stringent law in the case.

Several observers have criticised the Delhi police’s investigation into the alleged conspiracy case. The investigation has been slammed for “unrelentingly” pursuing the theory – also propounded by the BJP – that the ‘roots’ of the conspiracy of the riots lie in the anti-CAA protests.