As many as 130 people who work in the public health sector and outside it have written to the Centre, urging attention to Jammu and Kashmir's healthcare services. 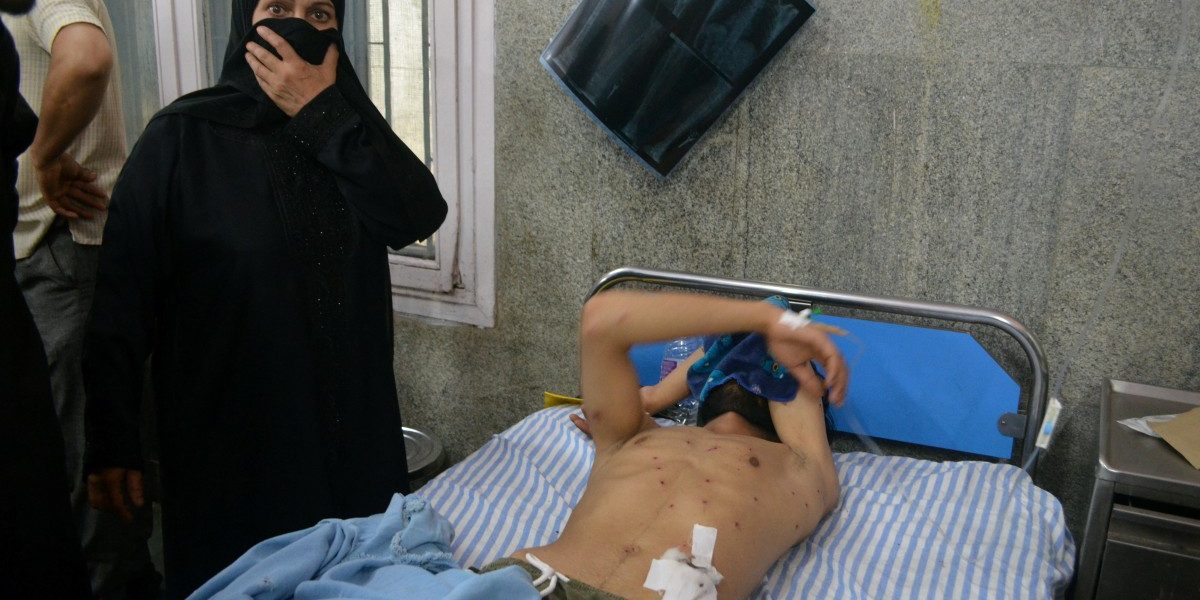 A man with pellet injuries lies in a hospital bed after he was injured during clashes between the police and protesters during restrictions after the government scrapped special status for Kashmir, in Srinagar on August 9, 2019. Photo: Reuters/Stringer

New Delhi: As many as 130 people working in public health and academia have signed a letter detailing various disruptions to healthcare and medical services in Jammu and Kashmir since the government announced the sudden reading down of Article 370 and restricted movement and communication in the state.

The letter lists out various hindrances to healthcare that have been reported since August 5. The Wire had reported the case of a pregnant woman having to walk to a hospital because there was no available transport.

News reports have already said that essential and life-saving medicines are in short supply. Cancer patients have reportedly been unable to access chemotherapy, people on dialysis have similarly facing trouble making it to hospitals and asthma patients have run out of inhalers and essential drugs. Meanwhile, those in hospitals are trapped and unable to return home.

As has happened too many times in the past, a number of people, including children, have already been injured by pellet guns. The Wire filmed footage of injured patients in hospitals. Damage to mental health is also a fallout of such trauma arising out of conflict and psychosocial stress.

The letter says, “The current situation is a blatant denial of the human rights to health and life, guarantees enshrined in the Constitution of India, including in Article 21.”

It asks the government to uphold its commitment to human rights and health and remove obstacles which are hindering people’s access to healthcare. It also calls upon the Centre to ensure the uninterrupted supply of medicines, diagnostics and ambulances.

Aside from reports, individual journalists’ accounts have essayed a healthcare situation which can only be called ‘dire’.

A Deccan Herald reporter said medicine shops are shut and so are ATMs. She suggested that the government organise mobile medical vans to reach people as the latter are unable to access health facilities.

A common sight
Medical shops shut & ATMs with shutters down

Citing a personal expierence, even I had to walk a few kms to get medicines #KashmirUnreported pic.twitter.com/LZerDGgpeo

She also said that there are mounds of garbage lying around the city, including dead cattle and dogs. Cleaning staff have not been able to work in various areas and the reporter cautioned that this could lead to outbreaks of disease.

Heaps of garbage , dead bovine and dogs are spotted almost outside every colony . 10 days already – and if no sweeper comes to work , besides foul smell there will be an outbreak of an epidemic. #KashmirUnreported #Kashmir @listenshahid @SwachhBharatGov pic.twitter.com/ph3be7llA5

A Reuters correspondent said that the principle of a government medical college has been visiting various district officials personally to get work done as they have not been given satellite phones to communicate and only the police have communication channels. “That shows the government’s priority,” said the principal.

The Government Medical College’s principal, who runs a hospital network with 3,500 beds, had to personally visit district officials to coordinate stuff.

“Police stations have been given satellite phones but not him. That shows their (government’s) priority,” an official said.

Another journalist said that people from outside the state have been passing along medicines on their visits to Srinagar.

This morning in Srinagar, as I prepared to leave.

I have become a bottle chockful of messages to the world out there.

People to be informed that their relatives are safe, medicines have been delivered, or that somebody has not been located, and who can be contacted…