While in Session: Does the Executive Really Need the Power to Pass Ordinances?

A weekly column on the sessions of parliament. 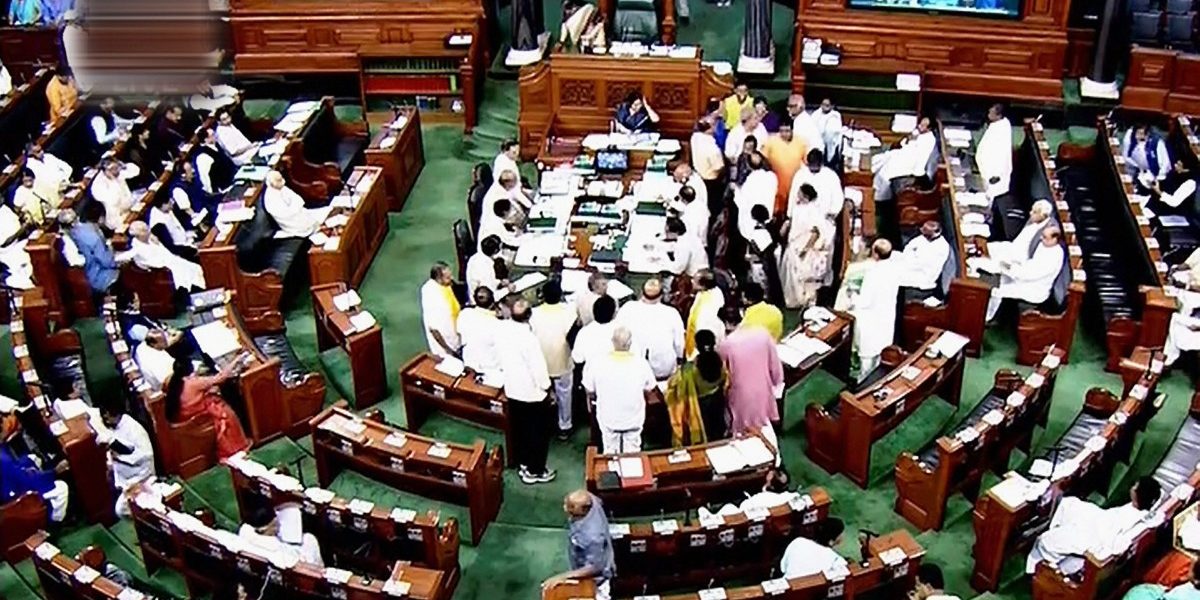 In light of this, we discuss the ordinance-making power of the executive.

History of the ordinance-making power of the executive

The constitution provides for the: (i) legislature to make laws, (ii) executive to implement laws, and (iii) judiciary to interpret and enforce these laws. However, the constitution vests law-making powers in the executive that can be exercised in exceptional circumstances. The president may promulgate an ordinance when: (i) parliament is not in session, and (ii) immediate action is required.

This ordinance-making power was first provided for in the Government of India Act, 1935 to allow the then governor general of India to promulgate ordinances in such circumstances that made it necessary for him to take immediate action. The 1935 Act stated that such ordinances would have the same effect as a law passed by the then colonial Federal Legislature of India.

While there were varying opinions on the need for ordinances, there was consensus amongst members on the need to create safeguards against the law-making power of the executive, by making this power temporary in nature.  Therefore, the constitution provides that ordinances are required to be approved by parliament within six weeks of the commencement of the next session of parliament. If they are not passed within this time frame, they cease to be in force. Note that this also gives legislatures a way to approve, amend or reject the legal framework being brought in by the executive. Further, the constitution also states that there should not be a gap of more than six months between two sessions of parliament. Therefore, no ordinance is intended to have the force of law without parliamentary approval, for more than six months.

As seen in the graph below, since 1952 various governments have exercised their power to promulgate ordinances.

It may be argued that the promulgation of ordinances brings uncertainty in the legislative framework in the country. Let us take the example of how the ordinance-making power affected the legal framework for acquiring land for various infrastructure and other projects. The Right to Fair Compensation and Transparency in Land Acquisition, Rehabilitation and Resettlement (LARR) Act, 2013 completely overhauled the erstwhile Land Acquisition Act, 1894. It introduced provisions relating to requirement of consent of land owners, social impact assessment (SIA) and rehabilitation of displaced persons. These provisions were widely deliberated in the parliamentary standing committee examining the LARR Bill when it was introduced, which also provided space for diverse experts and stakeholders to present their views on the Bill.

In December 2014, the LARR Ordinance, 2014 was promulgated to amend the 2013 LARR Act in order to allow the government to exempt several projects from the requirements of consent of landowners and SIA. The 2014 ordinance broadened the categories of projects that could be exempt from such requirements, which meant that several public projects could bypass these requirements. The 2014 ordinance was not approved by parliament and was re-promulgated on two occasions (April 2015 and May 2015). Re-promulgation of ordinances refers to when the executive continues to issue new ordinances to replace an old one that has lapsed, so as to continue enacting laws, instead of getting it ratified by parliament. The LARR ordinances were not approved by parliament and finally lapsed in September 2015.

The effect of such re-promulgation of ordinances is that the legal framework is different while the ordinance is in force and is reversed when the ordinance lapses. This iteration between the government’s power to temporarily change a law and parliament’s prerogative to give it final approval creates an ad hoc and uncertain legal framework which is undesirable. For example, in case of the 2013 LARR Act, the process for land acquisition was uniform till December 2014, for eight months when the ordinances were in force, it was diluted for certain projects, and after September 2015 (when the ordinances lapsed), it reverted to its original process.

Ordinances bring legislative changes to address certain gaps in the legal framework, therefore there is a need to create space for wider deliberation and expert inputs on such changes. However, since ordinances have to be passed within a specific time frame, they are often passed by parliament without detailed scrutiny and rigour that is typically seen when other Bills are passed by parliament.

The five Bills replacing the ordinances that were recently passed by Lok Sabha, make significant changes to matters related to rape of minors, adjudication of commercial cases and confiscation of assets of absconding economic offenders, amongst others. Lok Sabha passed these Bills without referring them to a standing committee. However, some of these Bills require greater deliberation as their implementation would require addressing the broader systemic issues in these sectors.

For example, the Commercial Courts (Amendment) Ordinance reduces the pecuniary jurisdiction of commercial courts from Rs 1 crore to Rs 3 lakh. The original objective of commercial courts was to adjudicate high value commercial cases by providing specialised expertise. Reducing the minimum value to above Rs 3 lakh could increase the number of cases admitted in commercial courts and therefore slow down the priority given to relatively higher value cases. Further, the ordinance does not address the larger issues affecting the pendency of cases such as judicial vacancies in courts, inadequate number of judges and cumbersome litigation procedures that lead to further delays.

It is rare that ordinances are subjected to the detailed deliberation and stakeholder consultations of parliamentary standing committees. In the past there have been few ordinances that were referred to parliamentary committees for examination. The Coal Mines (Special Provisions) Ordinance, 2014 was promulgated in October 2014, to allocate the coal blocks that were declared illegal by the Supreme Court. The ordinance was examined by a select committee that submitted its report within a week. While one may question if one week is sufficient time to examine a law in detail, it still shows that ordinances could also be subjected to wider scrutiny. This can also act as a check on the discretionary law making powers of the executive. While Lok Sabha has passed the five Bills replacing these ordinances, it remains to be seen if Rajya Sabha sends these Bills to parliamentary committees for detailed examination.

One of the arguments in favour of ordinances is that it allows for prompt legislative action in situations of emergency. How would these be addressed by the government, if it did not have the power to promulgate ordinances as a temporary measure?

The ordinance-making power of the executive contradicts the fundamental concept of separation of powers between the executive and the legislature. Allowing the executive to make legislative changes, though temporary in nature, without the approval of parliament undermines the role of parliament as a legislative institution. Note that the practice of vesting law-making powers in the government in the form of promulgation of ordinances does not exist in other democracies such as the UK, the US, Australia and Canada.  This is because legislatures in these countries have an annual calendar of sittings such that they convene regularly through the year, that is a few weeks every month. For example, in the last 15 years, the average number of sitting days in the US House of Representatives is 140 and in UK House of Commons is 150. In comparison, the Indian parliament sat for 57 days last year.

One way to minimise the need for Ordinances could be by increasing the number of parliament sittings. The National Commission to Review the Working of the Constitution (2002) had recommended that Lok Sabha should have at least 120 sittings in a year, while Rajya Sabha should have 100 sittings.