In Win for Whistleblower, SC Reminds CAT Chairman He Is Just One Among Equals

The SC came down on the Central Administrative Tribunal for refusing to abide by an earlier high court decision on adverse entries in Chaturvedi’s annual appraisal reports.

New Delhi: Five years after the Narendra Modi government first moved to evict whistleblower-bureaucrat Sanjeev Chaturvedi from his post as the chief vigilance officer at All India Institutes of Medical Sciences (AIIMS), the embattled officer has won yet another legal victory – this time in the Supreme Court.

The apex court recently rejected an appeal made by AIIMS and came down hard on the institute – and by extension, the Centre – for its refusal to abide by an earlier high court ruling that that had quashed the CAT chairperson’s order, and fined the medical institute a sum of Rs 25,000.

The Supreme Court also clarified that “the chairman, being one amongst equals, could not have stayed proceedings pending before a larger bench”.

The Supreme Court decision has come as a shot in the arm for Chaturvedi, who won the prestigious Ramon Magsaysay Award in 2015 for exposing corruption in public life. As CVO AIIMS, he pulled the lid off several scams between 2012 and 2016, and eventually the authorities retaliated by trying to sully his annual appraisal reports. 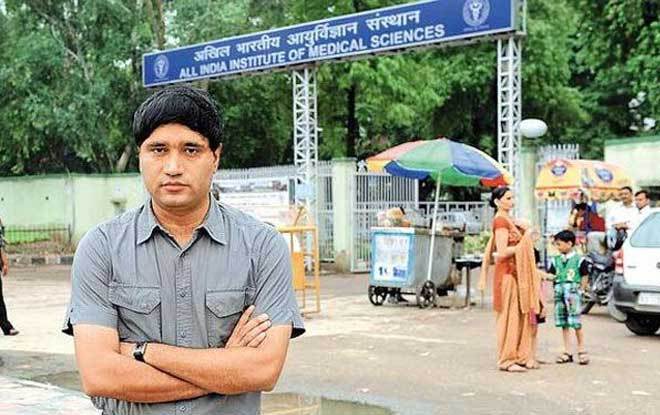 It was to challenge the adverse entries made in his records in 2015-16 that Chaturvedi first moved Uttarakhand high court in June 2017. But a division bench headed by then Chief Justice K.M Joseph relegated his case to the Tribunal. The following month, he petitioned the Nainital Division Bench of Central Administrative Tribunal about adverse entries being made in his records.

The Nainital Bench of CAT granted interim relief to Chaturvedi in September 2017. Unable to digest this ‘defeat’, the Centre filed a transfer petition before chairman of CAT at New Delhi in December 2017 to move the case from Nainital to the Principal Bench at Delhi.

On July 27, 2018, the chairman of CAT, acting as a single bench, had stayed the proceedings of the Division Bench at Nainital, on the ground that two cases of similar relief are pending at the Delhi bench and hence, to avoid complications, proceedings of Nainital Circuit Bench of Tribunal were to be stayed.

When Chaturvedi challenged the CAT order, the Uttarakhand high court questioned its chairman saying he was only first among equals and could not stay the proceedings of a larger bench.

The HC Chief Justice also termed the orders of the tribunal chairman as vindictive and noted that the very grounds on which the stay was granted by him was incorrect as all the three cases were totally different.

While relief was sought for inter-cadre deputation and for quashing of a displeasure memo in the two cases pending at Delhi, the matter pending at Nainital Circuit Bench was about adverse entries into the appraisal report of financial year 2015-16.

After the August 2017 order of the High Court, AIIMS made an appeal in the Supreme Court. But the apex court has also upheld the Uttarakhand high court’s decision to set aside the CAT chairperson’s order to stay proceedings in the plea filed by Chaturvedi.

In doing so, the apex court also clearly laid down the powers of CAT and held that “the Chairman of CAT does not have power under Section 25 to pass any interim order of stay of proceedings pending before a Bench of the Tribunal”.

The order in the case was passed by a bench of Justices R. Banumathi and Indira Banerjee on the petition filed by AIIMS. The premier medical institution went to the apex court to challenge the Uttarakhand order of August 2018 whereby it had not only quashed the CAT order but also criticised the orders passed by Chairman of Tribunal as single judge wherein he had stayed proceedings of a division bench.

In its order, the apex court held that “the Chairman (of CAT), like the Chief Justice of the Higher Courts or the Chief Judge of subordinate courts, may be higher in order of protocol and may have additional administrative duties and responsibilities. However, the Chairman, acting judicially, is equal to any other Member.”

Also read: Sanjiv Chaturvedi: Modi is Not the Anti-Corruption Messiah We Were Waiting For

‘CAT chairman one among equals’

The Supreme Court also clarified that “the chairman, being one amongst equals, could not have stayed proceedings pending before a larger bench” and said it found “no grounds to interfere with the reasoning of the high court.”

It also noted that “the high court rightly allowed the writ petition with costs.”

The apex court said “the main question” before it was “whether the Chairman of the Tribunal, sitting singly and exercising his power under Section 25 of the Act, to transfer proceedings from one Bench to another, could have stayed proceedings before a two member Bench and rendered interim orders passed by that Bench inoperative.”

And it held that “the answer to the aforesaid question has to be in the negative”. Then it gave the reasons for its decision.