After nearly 40 days of lockdown, there is clarity that the nation has to pursue the twin interests of both lives and livelihood. 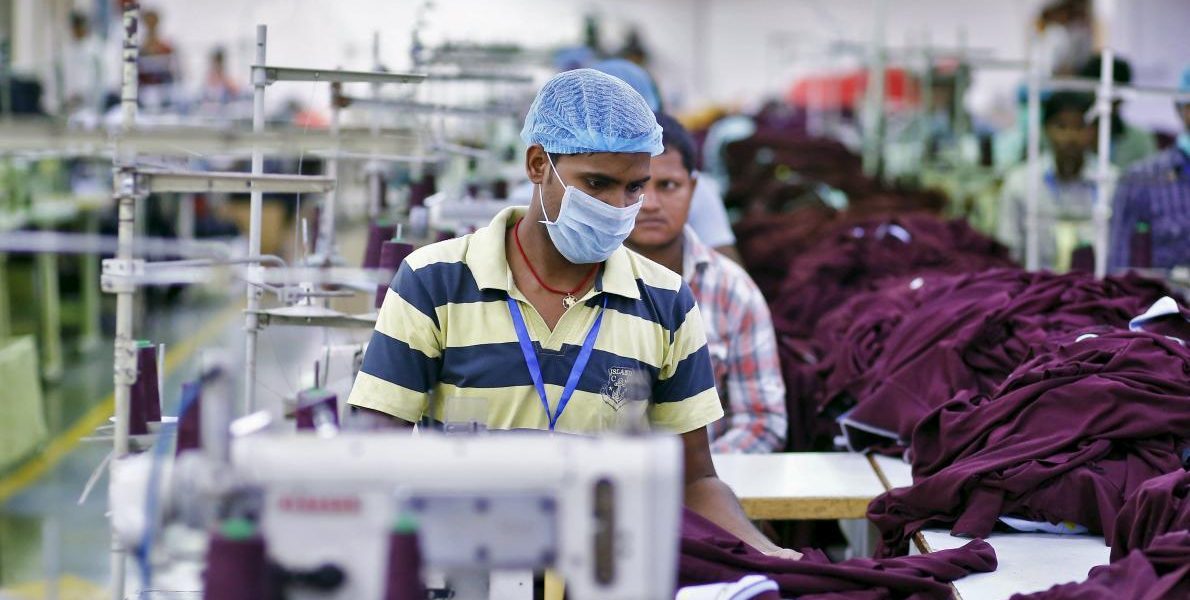 File photo of an employee working inside a garment factory in Gurgaon. Photo: Reuters/Anindito Mukherjee

Prime Minister Modi is set to make an important decision on May 3. India’s Lockdown 2.0 is nearing its end with much conjecture and debate about its successive version. The pros and cons of the lockdown are in the open, and this time, more than the previous two, people are awaiting the verdict with much anxiety and impatience. The once-in-a-century pandemic has put a premium on decision making, the political leadership’s greatest test yet. While the situation is quite unprecedented, Modi could do well by taking a leaf out of Kautilya’s Arthashatra.

Arthashastra, the ancient treatise on statecraft is firmly predicated on two seemingly divergent strands – artha and dharma, the former alluding to material well-being and the latter to spiritual good. Interestingly, and innovatively, Kautilya weaves these two together and presents to us a theory of state which is both rational-prudent and abstract-ideal. According to Kautilya, a state policy which aims at material progress would necessarily bring about happiness of the people. This interlinkage between economic progress and righteousness is a logical corollary of the text’s materialist stance – “Material well-being alone is supreme. For spiritual good and sensual pleasures depend on material well-being.”

Consequently, for Kautilya, there is no duality between life and livelihood; they are one composite whole. The term ‘artha’ denotes land (inhabited by humans) which is the well-spring of all economic activities. Arthashastra is the science of protection of this land as a source of material well-being. The materialist undercurrent of statecraft entwines both life and livelihood inseparably.

If the success of the state is dependent on economic advancement, it is incumbent on the ruler to lay down the foundation of a strong economy, factoring in the systemic risk arising from calamities. Kautilya acknowledges that calamity of the constituent elements of the state (which are enumerated in accordance with their relative strength – ruler, ministers, territory and population, fort, treasury, force and ally) are of a divine or human origin, springing from ill luck or wrong policy.

In case of a ‘visitation from God’ (fire, floods, disease, famine and epidemic), the ruler should favour the stricken subjects as a father and direct operations to remove ‘kantaka’ (or thorn, used metaphorically for obstructions in the life of subjects) from the body politic. The king, leveraging mantrashakti (power of counsel) should assess the situation through perceived (seen by the king himself), unperceived (communicated by others) and inferred (forming an idea of what has not been done from what is done) means. Kautilya suggests a thorough consideration of the calamity on the following lines:

The present Indian situation after five weeks of the national lockdown is that the spread of COVID-19 has been slowed down and it has been possible to identify and categorise infected areas; disaster through the overwhelming of public health infrastructure has so far been averted and time has been gained to buttress capacity. However, India’s material well-being, represented by the population and economy has been dealt a serious blow. Since the COVID-19 situation is ongoing, the scale of the impact and the time for economic recovery is difficult to ascertain. Does the Arthashastra provide guidance for a modern state?

It does. Kautilya indicates that the seriousness of the calamity is to be judged by the impact (in descending order) on the ruler, ministers, territory and population, fort, treasury, force and ally. The ruler and the ministers of democratic India would have to admit of the paramountcy of territory and population. The counterpart of the fort is the modern-day notion of defence against internal and external threats and COVID-19 has not dented our capacity. Treasury equates to financial capacity which is likely to be severely affected, with most predicting a major fall in GDP growth. Force that represents hard power is not affected in the short term but is likely to be in the long term, due to the financial squeeze. The notion of ally, relates to strategic partners. We have many, albeit of different types; the effects on them are varied and therefore a review of our relations with actors in our strategic neighbourhood is called for.

It is obvious that according to Kautilya, the aim of statecraft in the present situation is to be focused on the population in terms of their well-being. It is impossible to come to any conclusion about how many lives would have been saved because of the lockdown except perhaps we know that we have saved approximately 300-400 lives per day that is lost due to traffic accidents. As of May 1, recorded deaths due to COVID-19 are less than 1200. It is not feasible to foresee how many will be infected or die when the lockdown is relaxed. But for certain, India – like other countries that have also bucked the worst trend of infectiousness and mortality – has so far defied all logic and even if the numbers of actual infections are twice or thrice the official number, the death rate, even if inaccurate, suggests the way forward.

It is apparent that providing relief in terms of food, cash and shelter to the vast population that have been impoverished should be the overriding priority. It must be followed by all measures for economic recovery, even as COVID-19 is being confronted. How these two objectives laid down by Arthashastra are to be achieved is the realm of strategy, which involves the application of the means available in the pursuit of national interests.  After nearly 40 days of lockdown, there is clarity that the nation has to pursue the twin interests of both lives and livelihood. The time to favour one over the other for the whole of India has passed.

Dr. Kajari Kamal is a PhD in Political Science from the University of Hyderabad. She holds a postgraduate in International Relations from Jawaharlal Nehru University. Her research focuses on the concept of ‘strategic culture’ in the Indian context.