Review: 'Gunjan Saxena' Soars High But Is Let Down by Its Own Heaviness 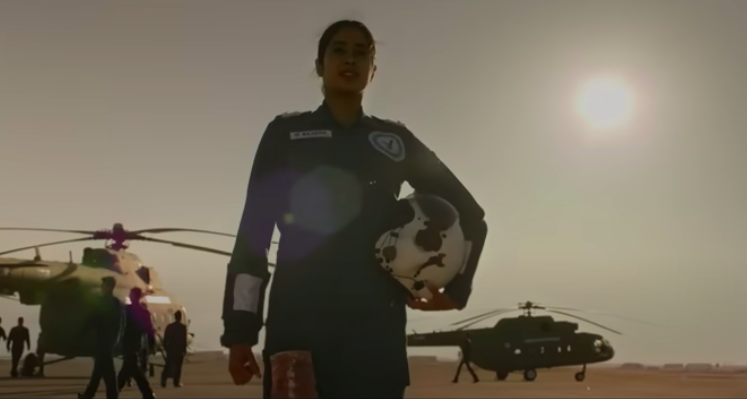 A still from 'Gunjan Saxena.

A Bollywood film rarely cares for ambition. It is a means to an end, a part of a whole, never something by itself.

If a protagonist is preternaturally driven, then the film finds a way to ‘defeat’ or diminish her aspiration, usually in lieu of other personal relationships, such as romantic, filial, friendly.

Like the Western horrors punished their characters for being promiscuous, mainstream Bollywood depicts go-getters as selfish, nerdy, soulless: people who need fixing or course correction. But a new Netflix release, Gunjan Saxena: The Kargil Girl, starring Jahnvi Kapoor and Pankaj Tripathi, takes a different route; it reveres and dignifies ambition: seeing it as a dance of desperation, as an expression of love.

This set-up becomes all the more intriguing, as this coming-of-age drama is helmed by a heroine, a film that doesn’t need a hero or romance. By discarding the two ubiquitous crutches of mainstream Bollywood, Gunjan Saxena exhibits a heartening trait: the willingness to walk on its own.

Gunjan (Kapoor) always wanted to be a pilot. It was love at first sight — a child admiring a plane’s cockpit — and she remained smitten. Take its first song, for instance, where a young Gunjan orbits around aeroplanes: craning her neck to watch a flight in the sky, flying a miniature plane via a remote, fantasising herself as a pilot. A pleasant song plays in the background: “From the moment I saw you/I just can’t get you out of my head.” This isn’t the rush of romance: just a little girl and a sky full of dreams. Gunjan, growing up in the ’80s, wants to soar: a desire that is as literal as metaphorical, a dream so unto itself that it is a world of its own. 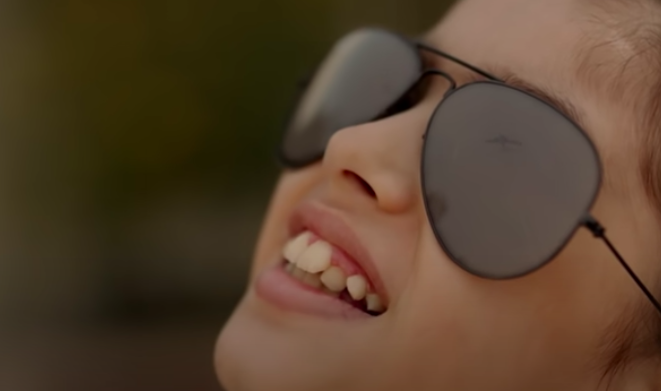 Besides aeroplanes, Gunjan’s life revolves around her father, Lieutenant Colonel Anup (Pankaj Tripathi), who indulges her flights of fancy and encourages her, deflecting his wife and son’s cynicism. Filmmaker Sharan Sharma often sees this drama through the lens of a father-daughter relationship, making Gunjan Saxena tender and endearing. Tripathi, masterfully economic as always, is especially light here, conveying reams via just a glance or gesture or dialogue.

A potentially confrontational scene between him and his son (Angad Bedi), objecting to Gunjan being a pilot, ends on a seemingly anti-climactic note and yet one that has the finality of a mic drop, the shock of a sucker punch. (“I don’t think you should be drinking alcohol,” Anup tells him, taking his glass — that’s all.) Elsewhere too, the father is a quiet, soothing presence — especially when he’s helping Gunjan lose weight — exercising with her, drinking bitter gourd juice, reminding her to abstain. It’s the closest that this movie comes to a ‘training montage’, a staple of sports biopics, that doesn’t seem dated.

Even though the film is centred on the 1999 war, there’s little of “Kargil” in the “Kargil Girl”. Instead, the drama interprets national duty with clear-headed logic. At one point, Gunjan tells her father that she feels conflicted about joining the Air Force; I was only interested in flying, she admits, does that make me a traitor? Tripathi, calm as a sea, tells her that excelling in her field, caring about it, is more than enough — anything else, including patriotism, takes care of itself. You don’t expect a mainstream Bollywood film to adopt such a simple, pragmatic approach to nationalism. Gunjan Saxena, like its protagonist, shines the most when it tries the least.

But when the film stretches itself — which happens a lot after she joins the Air Force — the result is awkward and unconvincing. Gunjan was one of the first Indian female pilots to fight a war, so the film contextualises her struggles in a sexist work environment, where spaces, conversations, banters are by default exclusionary. But apart from her super boss (Manav Vij), it depicts everyone else — her colleagues, supervisor (Vineet Singh), even the support staff — as insular and callous, undercutting its earlier quiet confidence. In fact, apart from Gunjan’s father, nearly all men in the film are sullen caricatures — an emphasis that feels needless. Gunjan Saxena is smart enough to know that a good film doesn’t need a hero and yet it tries hard — too hard — to find a villain. 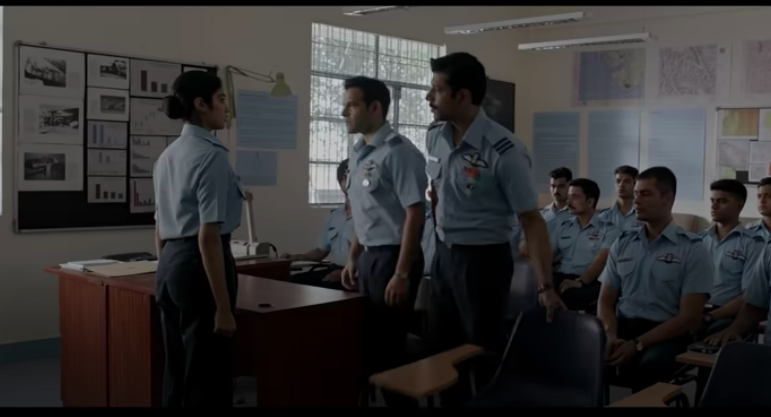 The other problem is that it lacks a meaty story. The movie can be divided in three parts — ambition, trouble, triumph — but only its first arc is fully satisfying.

Her sustained struggles at the Udhampur posting feel repetitive beyond a point; the Kargil plot point, framing the climax, doesn’t offer anything revealing about her or the war. As Gunjan Saxena evolves from an intimate family drama to a full-blown war film, its grasp on reality becomes increasingly tenuous. There’s a contrived news clip, where Gunjan’s safety becomes a matter of national concern; Tripathi’s character amps his virtues so much — embodying a Feminist Man — that it gets borderline eye-rolling. Kapoor, impressive in quiet moments and shoddy in intense scenes, can’t elevate the film on her own, either.

Besides, the movie waves its ‘feminist’ credentials far too often, sometimes at the cost of being credible, making it resemble a manifesto rather than a fictional feature (a problem that plagued another recent release, Shakuntala Devi, as well). Gunjan Saxena suffers from some crucial problems afflicting many ‘well-intentioned’ Bollywood dramas: a) the fixation on ‘message’ diluting the film’s complexity, b) the constant repetition of theme suffocating the film, forbidding us to create our own meanings.

A film, after all, can only fly, when you let it breathe.