What Should the Future of Indian Banking Look Like?

Who will have richer data in the future? Your bank, the scrapping start-up fin-tech company or Big Tech? 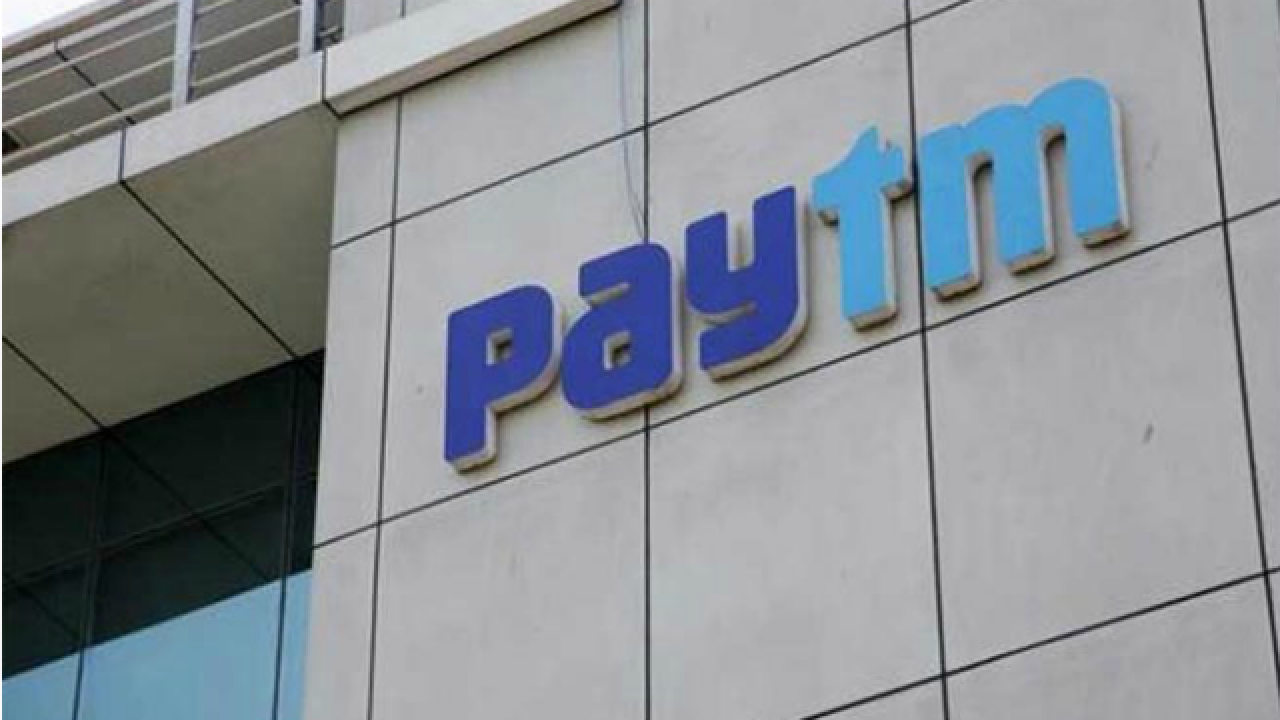 The ‘sting’ video in question essentially was a recording of a conversation with Ajay Shekhar Sharma, a senior vice-president at the digital payments company, who claimed that the firm was asked by the Prime Minister’s Office to share the personal data of their users in Kashmir. Credit: Reuters

While addressing the participants virtually at the Second Edition of the Global Fin Tech Festival put to view recently by mostly the neo banks and governmental agencies, T. Rabi Shankar, Deputy Governor of RBI stated that “the ideal approach is for Fin Tech companies to be considered as enablers and partners by banks or other financial institutions.”

He also asserted that fin-tech “can improve the efficiency of intermediation” but “cannot replace the core nature of financial intermediation.”

India’s banking sector is once again under the lens. This time by analysts and commentators, stressing the inability of these institutions in funding the economic activities and playing into the hands of Big Tech. NPAs or bad loans are not the only issues afflicting banks in India. The spectre of disintermediation looms large on the Indian banking scene. A prominent banking analyst recently mentioned how corporates are ditching their age-old financiers, i.e. banks, and are raising money directly from the market either through bonds or taking the equity route through IPOs / OFS, riding on a booming secondary market which has become a worry for the central bank. Another opinion columnist residing overseas has even wondered if banking was going to meet the sorry fate of newspapers.

When did you visit your bank branch last? When did you conclude a financial transaction without visiting your bank branch? Whereas the response to the first poser may be ‘I don’t remember’, the normal reply to the second would possibly be ‘almost every day’. This trend which started quite a few years back has only intensified since the pandemic. The writing on the wall is clear. Banking in general is experiencing a level of disruption that has never occurred in the past. Galloping consumer expectations, the obsolescence of ‘waiting’ as a concept, the innovation brought in by the Fin Tech companies and the push provided by Big Tech providers are all conspiring to upend the viability of legacy financial institutions including banks.

Disintermediation – removing banks as a middle man – took birth in India when non-financial corporations were allowed to bypass Indian banks and raise External Commercial Borrowing (ECB) in the early 1990s when India embarked on the path of globalization and liberalization. Used widely to facilitate access to cheap foreign money by Indian corporates, ECBs, coupled with commercial paper and corporate bonds, reversed the share of bank loans in incremental credit.

RBI’s Mint Street Memo No.09 has this to say : “The rise of bank disintermediation in corporate credit does enable our financial system to become robust and more efficient in allocating risks. The unintended consequence of this process could potentially force banks, concerned with the shift in higher-rated borrowers to mutual funds, to either lower their credit standards or to engage in pricing that does not truly reflect their cost of funds. Undertaking necessary structural reforms to restore a healthy banking sector is of paramount importance.”

Though mutual fund (MF) made its debut in 1963 with the setting up of Unit Trust of India, it gained traction when the market was thrown open to private players in 1993. Since then, the dramatic growth in funds flowing to MFs and the growth in assets under management (AUM) of insurance companies suggest that there is a discernible shift in the pattern of financial intermediation in India. With over AUM at Rs. 36 trillion as at end August ’21, the MF industry has all but eaten into the share of bank deposits. The total assets of mutual funds reached 21 percent of total bank deposits in FY21, the highest MF AUM to bank deposit ratio at the end of any fiscal year.

P2P lending platforms in which individuals and companies invest in small business enable the provision of credit without bank intermediation. Permitted by RBI in September 2017, P2P platforms, registered as NBFC Fin Tech Company, are a conduit between lenders and borrowers. Supported by block chain and smart contracts, 21 such entities are currently jostling for their space in the financial arena. Data relating to business transacted are hard to come by, but according to a leading player in the P2P space, “P2P lending has the power to unshackle individual funds trapped in low yield investments and create an alternative credit supply in the economy.”

Going forward, the biggest threat of bank disintermediation may emanate from a very unexpected quarter, the central bank (RBI)! With imminent introduction of central bank digital currency (CBDC), the possibility of substantial retail deposits moving to e-money providers – banks, payment operators, E-wallets, NBFCs, Fin Tech companies, Big Tech platforms, etc. – cannot be ruled out. RBI’s Report on Currency & Finance, 2020-21, flags this issue unequivocally when it says : “CBDC is, however, not an unmixed blessing – it poses a risk of disintermediation of the banking system, more so if the commercial banking system is perceived to be fragile. The public can convert their CASA deposits with banks into CBDC, thereby raising the cost of bank-based financial intermediation with implications for growth and financial stability.” Bank for International Settlements (BIS) in its latest communication – CBDC : financial stability implications, Report no 4, September 2021 – warns that “a CBDC could also affect existing financial market structures and business models, which may pose risks to financial stability as the financial system evolves particularly via the potential disintermediation of banks.” However, the Report assuages : “while there are studies suggesting both positive and negative overall effects of a CBDC on aggregate lending and economic activity, a common theme is that maintaining bank profitability levels could be challenging, and the magnitude of the implications will depend on the exact design of the CBDC.”

Every aspect of our lives has been expedited by technology. It is no longer acceptable to us to wait in queue to carry out banking tasks. Besides, challengers are appearing to chip away at the established order. And banks are no exception. When a user of Google Pay books a fixed deposit (FD) in less than two minutes, without having to open a bank account, and on maturity receives the value in her existing bank account which could be with any bank across the country, she will not feel really beholden to the bank which paid her the most competitive rate of interest, but to the platform which delivered a seamless experience to her. Clearly, the bank is getting hidden (overshadowed by technology?) behind the smokescreen of technology, Fin Tech, in short. When we use Google Pay to pay bills, do we continue to remain a customer of the bank that is at the back of this transaction or do we develop engaging attention (relationship?) with Google Pay ? Who will have richer data ? The bank, the Fin Tech company or the Big Tech?

Jack Ma, before he was surrounded by Chinese authorities has a word of advice for our banks : “Today’s banks continue to have a pawnshop mentality. Collaterals and warranties are pawnshops. This was very advanced once upon a time.” But “collateralization with a pawnshop mentality is not going to support the financial needs of the world’s development over the next thirty years. We must replace this pawnshop mentality with a credit-based system rooted in big data using today’s technological capabilities.”

Initially, finance mounted technology. The reverse is taking place now. Banks have to decide where they want to be in the finance chain.

In the preceding decade, emergence of e-commerce and social platforms resulted in mountains of data getting collected, aggregated and utilized for expanding sales and commerce. Now the same data is being used for delivery of finance. The buy-now-and-pay-later (BNPL) model is catching up fast, enabling the e-commerce platforms to scale up their share of engagement in the lives of their consumers. Amazon Pay Later enables a consumer to get instant credit in a hassle-free way via a completely digital process for purchases using EMI on Amazon.in, without the need to provide credit card details. Walmart, IKEA, Volkswagen, Tata’s Jaguar Land Rover and Daimler’s Mercedes are all embedding payment technology delighting their customers at check out.

Our trust in the established banks is getting eroded as our engagement with Big Tech companies grows, through social and e-commerce platforms. Payment apps and loan apps have become a way of life. Millenials and Zillenials are more familiar with Flipkart, Amazon, Google or Apple and they are more likely to trust them than a bank with which their parents banked for years. If these Big Tech firms extend their long arm to the financial system, where do we think our youth may reside? One of the reasons for customers’ dislike of banks is the entry barrier in the form of stricter KYC requirements. Although potential bank customers may be parting with much more granular information about themselves by sharing their data with Fin Tech companies and neo banks, such sharing of information takes place behind the screen and without making any claim on customers’ time and patience.

Today, our identity is defined by Aadhaar, bank account and cell phone numbers. If citizens fail to recollect their bank name and instead mention the names of some Big Tech companies, it will definitely reduce the reach of banks in our lives. The question that arises is, have our banks delayed in linking to the smart phone? Or, have they been discouraged by our regulators ? Again to quote Jack Ma : “Many regulatory authorities around the world have become zero risk, their own departments have become zero risk, but the entire economy has become risky, the whole society has become risky. The competition of the future is a competition of innovation, not a competition of regulatory skills.”

It is unclear who will win today’s battle. But one thing is sure. If our banks can learn to exploit data as ruthlessly as Facebook or Google does, they can tilt the battle in their favour.