In the scheme which aimed to deposit Rs 1,500 into the accounts of over 20 crore women, comparing data proactively put out by the finance ministry with data obtained through an RTI enquiry reveals a discrepancy of at least Rs 286 crore. 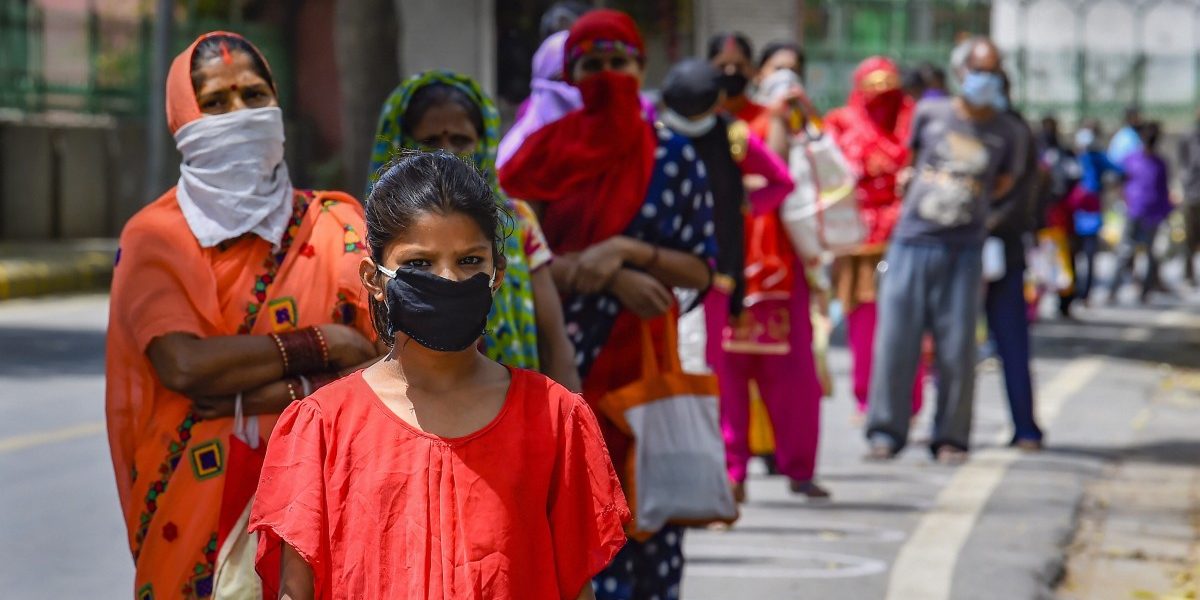 On March 26, 2020, the Union Finance Ministry provided details of the COVID-19 relief package, the Pradhan Mantri Garib Kalyan Yojana (PMGKY). The PMGKY contained several measures aimed at mitigating the impact of the first nation-wide lockdown on the vulnerable and disadvantaged segments of society.

Perhaps the single largest component of PMGKY was the direct pay-out of Rs 500 for three months to 20 crore women. Each beneficiary would thus receive a total of Rs 1,500 under this scheme.

This ex gratia (out of grace) payment was to be deposited in the women beneficiaries’ Jan Dhan Yojana accounts, opened by the National Democratic Alliance (NDA) government as part of its financial inclusion programme launched in 2014.

Despite the finance ministry’s June, 2020 press release containing macro-level data about the progress made with regard to the first two instalments paid under this PMGKY cash transfer scheme, very little was known about its implementation at the ground level. In particular, the names and numbers of the 20 crore women beneficiaries who were targeted were notably absent.

The macro-level data, publicly disclosed by the finance ministry in 2020 and more recently in 2021, was analysed and compared with district-level data obtained from the MoRD through an RTI intervention. The major findings are summarised below:

1) There are significant discrepancies in the implementation figures proactively announced by the finance ministry in 2020 and later in 2021. The discrepancies get worse when the data supplied by the MoRD under the RTI Act is factored in.

2) A large number of districts (133) that existed at the time of the launch of the ex gratia payment scheme do not find mention in the MoRD’s list (only 588 out of 721 districts are mentioned).

3) The MoRD does not seem to know the districts of residence of a significant number of women beneficiaries (12.5% of the total figure) who received the ex gratia payments.

What follows is the detailed preliminary analysis.

Discrepancies in the voluntarily-disclosed implementation data

Twenty crore women were supposed to receive Rs 500 for three months. According to the progress update released by the finance ministry in June, 2020, an amount of Rs 10,029 crore had been credited to the PMJDY bank accounts of 20.05 crore women, as the first instalment under the scheme (in April, 2020).

Thereafter, no information was placed in the public domain about the payment of the third instalment under this scheme, to the best of my knowledge (which is why the initial RTI interventions were made). 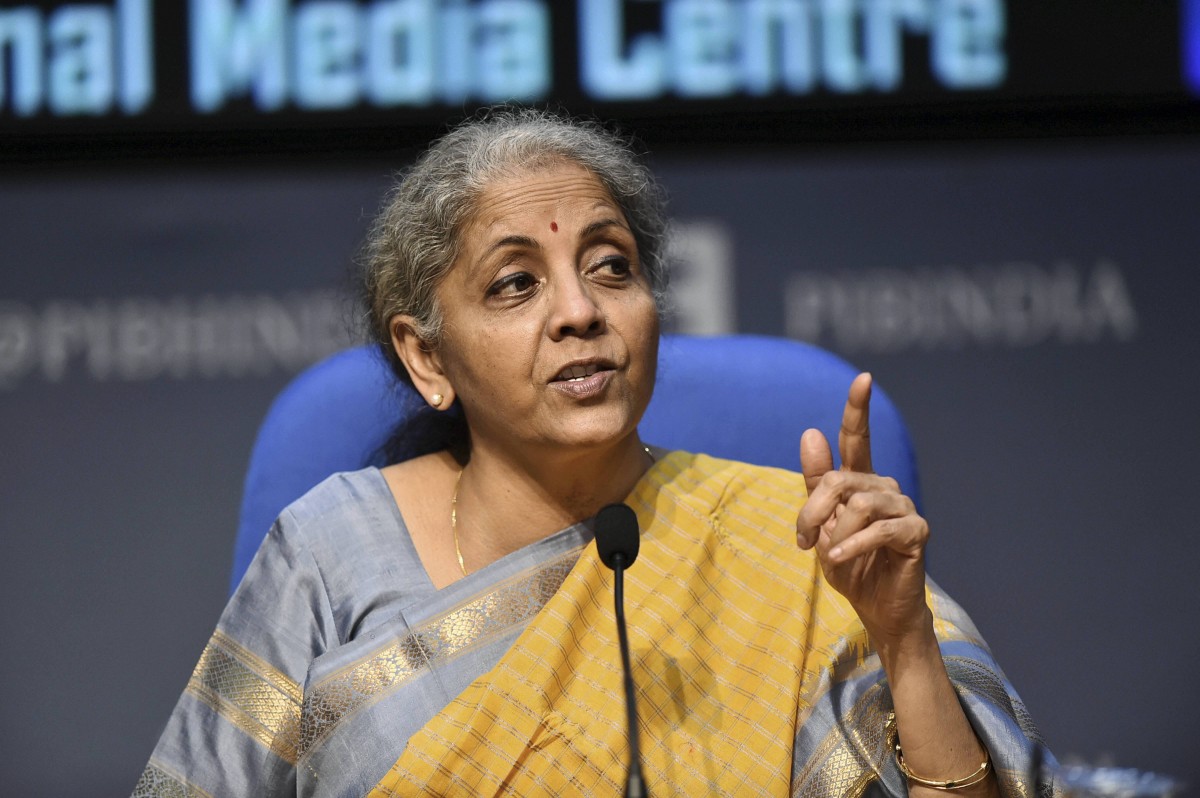 On August 28, 2021, while commemorating the success-filled completion of seven years of the PMJDY financial inclusion scheme, the finance ministry claimed that a sum of Rs 30,945 crore had been distributed under the PMGKY scheme to women PMJDY bank account holders (at the rate of Rs 500 per month for three months). The press note was strangely silent on the actual number of women beneficiaries who received all three instalments.

Therefore, if the June, 2020 press note containing the progress update on the ex gratia payment scheme targeting women PMJDY bank account holders is taken into consideration (as it contained both payment and beneficiary-related macro-level data), a sum of Rs 10,601 crore would have been paid as the third instalment to the beneficiaries (i.e, Rs 10,029 crores as the first instalment + Rs 10,315 crores as the 2nd instalment minus Rs 30,945 crores which is the final figure covering all three instalments, as announced in August, 2021).

This calculation leads to the following possible conclusions, only one of which can be true:

a) If the coverage at the time of payment of the second instalment was 100% at Rs 10,315 crores, the same amount ought to have been credited in the beneficiaries’ bank accounts as the 3rd instalment.

b) If Rs 10,601 crores was the actual payment made as the third instalment (assuming that the payment figures for the first two instalments were accurate), the coverage cannot be more than 20.62 crore women (i.e, those who received all 3 instalments).

This is a discrepancy of at least Rs 286 crore. Until the Union finance ministry clarifies which of the above figures is accurate, the discrepancy in the data it has disclosed proactively, will remain.

However, implementation figures obtained under the RTI Act indicate that there were at least 2.26 lakh more women beneficiaries than what the ministry announced in June, 2020 as 100% coverage. So, even at the time of paying the 2nd instalment, coverage under this ex gratia scheme was not 100%, as was claimed by the ministry.

Even though multiple RTI interventions made in 2020 had failed to elicit implementation data, another attempt was made after the Prime Minister announced the success of the women-oriented ex gratia payment scheme during his interaction with a group of PMGKY beneficiaries in Madhya Pradesh last month.

An online RTI application was filed with the Prime Minister’s Office (PMO) along with a copy of the PM’s speech (as an attachment) on August 12, 2021, seeking information on the district-wise number of women beneficiaries who had received the Rs 500 under the ex gratia scheme in 2020, the district-wise number of workers into whose bank accounts funds were successfully deposited as part of the COVID-19 relief package in 2020 and the district-wise list of beneficiaries who had been provided with free ration under the PMGKY as a part of the COVID-19 relief package.

According to the MoRD, the ex gratia payment scheme under the PMGKY is also treated as part of the Deendayal Antyodaya Yojana-National Rural Livelihoods Mission (DAY-NRLM). A total of 20.64 crore women are said to have received cash transfers of Rs 500 per month during the months of April, May, and June, 2020.

Discrepancy in the data

A simple calculation shows that ensuring the complete payment of Rs 1,500 per beneficiary would require a total pay-out of Rs 30,964 crores to cover all 20.64 crore women. However, according to the finance ministry’s August 28 press release, a sum of only Rs 30,945 crore had been distributed under this scheme.

There is a discrepancy of Rs 19 crore. This calculation leads to the following possible conclusions, only one of which can be true:

The June, 2020 progress update issued by the Union Finance Ministry also pegged 20.63 crore women beneficiaries at 100% coverage. Here too, the figures disclosed by the finance ministry proactively and the data supplied by MoRD under the RTI Act, do not tally with each other.

According to the dataset supplied by the MoRD’s CPIO, the 20.64 crore women beneficiaries of the ex gratia scheme are mostly residents of 584 districts across the country; 557 in states and 27 in UTs. However, as of April, 2020, when the cash transfer scheme was launched, there were 721 districts in the country.

Readers may recall another component of the PMGKY COVID-19 relief package which focused on the supply of free gas cylinders to eight crore families for the same period of three months i.e. April, May and June, 2020. This was facilitated under the Pradhan Mantri Ujjwala Yojana (PMUY).

PMUY beneficiary datasets supplied to me last year under the RTI Act by the oil marketing companies Indian Oil, Bharat Petroleum and Hindustan Petroleum, which implemented this scheme at the field level, mention all 721 districts state and UT-wise. However, 133 districts found in the PMUY beneficiary list for the same period are not traceable in the MoRD’s beneficiary list related to the ex gratia cash transfer scheme.

While some districts like those of Manipur were carved out of existing ones only in 2016 when the PMJDY scheme had already come into existence, several others existed much before the NDA-II regime assumed power.

Do the beneficiaries belonging to the “unspecified” category reside in the districts whose names are not mentioned in the MoRD’s list? Two reasons explain why this might not be the explanation for every such case:

There is a lot that both the MoRD and the finance ministry have to account for publicly regarding the manner in which the sum of over Rs 30,000 crore was spent on the PMKGY ex gratia payment Scheme for women PMJDY account holders.

This is not an ordinary sum. In addition to domestic budgetary support, a significant proportion of the expenditure has been incurred by way of low-interest loans secured from the World Bank and the Asian Development Bank.

The taxpayer is not only footing the bill during the pandemic but will continue to do so until the loans are repaid. The central government must not only clarify the picture vis-a-vis the cash transfers made under this scheme but must also explain the criteria adopted for selecting the districts named in MoRD’s list and 20 crore-plus women beneficiaries while leaving out others.

Venkatesh Nayak is a transparency activist in Bengaluru.