Explainer: Why Modi's MSME Push Won't Actually Cost the Centre Too Much This Year

The government wants to ensure the small businesses are given enough financial space to survive the lockdown and get back to work once it is lifted. 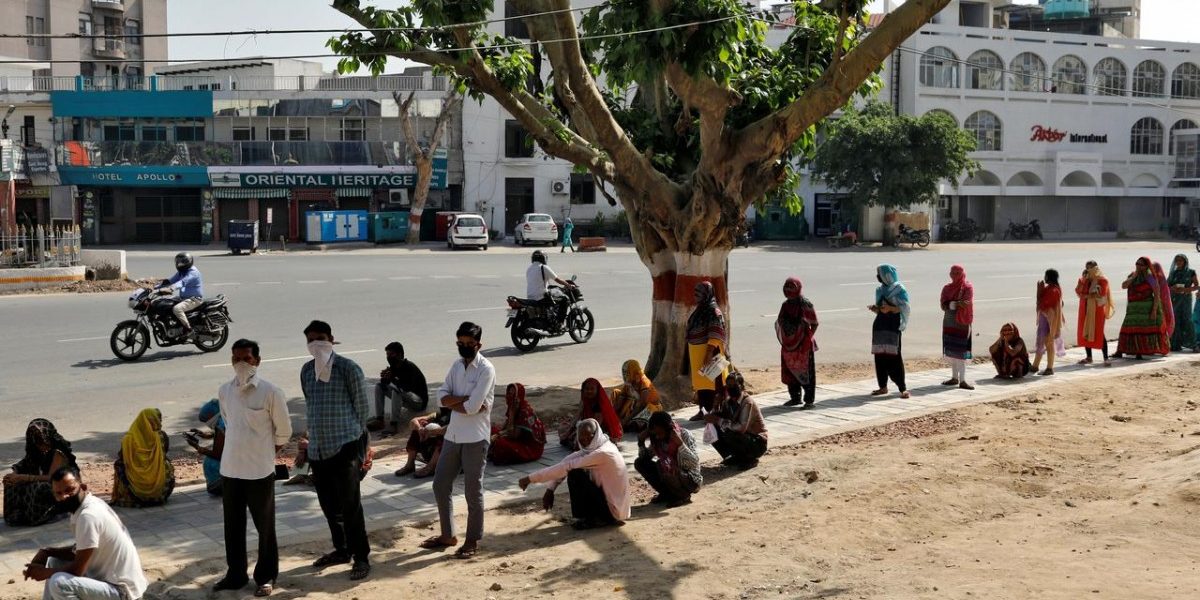 New Delhi: Finance minister Nirmala Sitharaman on Wednesday released details of the second part of the Atmanirbhar Bharat Abhiyan economic package, a plan aimed at shepherding India’s economy out of the COVID-19 crisis.

While Sitharaman’s announcements included special liquidity measures for non-banking financial companies and the power sector, the pièce de résistance of the package was its push for micro, small and medium enterprises (MSMEs).

While the total value of the announcements is worth nearly Rs 6 lakh crore, most economists and market analysts believe that the actual fiscal damage of these steps – the amount of money that the government will have to spend in this financial year – will be far lower, at anywhere between Rs 16,500 crore to Rs 55,000 crore.

This is because most of the measures announced by the finance minister on Wednesday are credit-focused or aimed at solving liquidity concerns faced by MSMEs and the NBFC sector. By nudging the financial system to lend more money, none of these announcements actually involve the government spending a great deal in this financial year.

As Principal Economic Adviser Sanjeev Sanyal put it, the Modi government wants to ensure that any financial gridlocks built up due to the COVID-19 lockdown are taken care of by enabling easy access to funding.

In doing this, the government is hoping that MSMEs are able to keep their head above the water during these trying times, ensure that their employees are paid and get back to work whenever the lockdown is lifted.

How will this specifically help MSMEs and how much more of the economic package is yet to be revealed? The Wire breaks it down.

How much of Rs 20 lakh crore has been announced so far?

The Atmanirbhar Bharat Abhiyan package includes so many individual measures — some even taken not by the government, but the RBI — to the point where it is possible to call it creative padding. Others, like well-known economist Arvind Panagariya refer to it as reaching a grand headline figure of Rs 20 lakh crore by “adding apples and oranges”.

As the table below points out, measures ‘worth’ over Rs 13 lakh crore out of Rs 20 lakh crore have been announced or implemented so far.

The actual fiscal impact of all these steps, however, won’t be more than Rs 1.3 lakh crore according to SBI Research.

These aren’t the final figures though, because measures worth Rs 6.7 lakh crore are yet to be announced by the finance ministry. There is also good reason to believe that the remaining parts of the economic package will involve more direct cash outgo by the government as they are expected to help migrant workers, farmers and those individuals impacted most by the lockdown.

What is the MSME push all about?

Out of the 16 steps announced by Sitharaman on Wednesday, the majority of them are aimed at MSMEs.

The problem with most small Indian businesses is that they operate on thin margins and don’t have the deep financial resources to survive a significant dip in cash flows. So, when an unexpected event like a lockdown happens and MSMEs can’t sell/produce their goods or services, it also means for many they can’t meet their monthly expenses – this includes costs like paying salaries to their employees.

The government hopes to help them – and remember MSMEs are a bedrock of employment for lower income groups – through three major ways.

Firstly, it will give a 100% credit guarantee for Rs 3 lakh crore worth of collateral-free loans to MSMEs that were doing fine before the pandemic hit and are now in trouble. This deal will only apply to small businesses that already had an outstanding loan of Rs 25 crore or those with a turnover of less than Rs 100 crore.

Put simply, if an MSME wants to take a loan of Rs 1 crore from a bank now, the Centre is saying that if the business fails to repay that loan, it will step in and make good all of that Rs 1 crore. Thus, banks don’t have to worry about potential NPAs – that headache is transferred to the government.

The government says this emergency credit line to MSMEs from banks and NBFCs will be up to 20% of entire outstanding credit as of February 2020. According to SBI Research, as on March 1, 2020, around Rs 14 lakh crore was outstanding to MSME sector, which translates into a Rs 2.8 lakh crore immediate credit boost.

Sitharaman says this move will help as many as 45 lakh MSMEs, which is a very small portion of the overall number of such firms. But because the pre-existing debt and turnover conditions it could be that these help MSMEs that employ a significant number of INdians.

Also read: Why the Cost to Government of Latest Stimulus Measures Is Still Very Limited

The second measure is a ‘subordinate debt scheme’ worth Rs 20,000 crore and is mainly for MSMEs who are already struggling with debt and are unlikely to get fresh funding by themselves. Remember, at the end of the day, it is the lenders that will give money to these small businesses. This scheme will allow banks and NBCs to give loans to MSMEs which are already deemed as ‘stressed’ and are thus less credit-worthy. For these firms, the government will only provide partial credit guarantee support to banks.

The final step involves the government creating a Rs 50,000-crore fund which will infuse equity into “viable” MSMEs, thus helping them to expand and grow. The Centre will put only Rs 10,000 crore into this and get other PSU institutions like SBI or LIC to help fund the remaining amount.

The basic idea behind this is that MSMEs who have been forced into a cash-strapped corner by the national lockdown will be able to apply for some working capital that will keep their businesses afloat until they are able operate at pre-pandemic levels.

By doing this, the government also hopes to protect the employment that MSMEs create and thus save jobs.

There are two other MSME policy announcements – one aimed at bringing more firms into the MSME net, while the other is oriented towards providing a level-playing field.

The first is defining what firm gets to be an ‘MSME’ and avail of all the government benefits that are given to that category of business. The criteria have been expanded quite loosely and will mean that companies don’t have to be as small as they were to avail of MSME benefits. Put simply, the government will now subsidise a lot more smaller companies than they used to.

The second announcement has triggered more debate and involves banning ‘global companies’ for participating in government tenders that are worth up to Rs 200 crore. These tenders can henceforth only be bagged by Indian companies.

Low-value government tenders are where small businesses can compete with their bigger counterparts. But critics have warned that more clarity is needed — for example, how will the government define what is a ‘global company’ and what is Indian? — and that this could cause problems in specialised sectors where there are no real Indian suppliers.

For Wednesday’s announcements, it is not very large. There is a Rs 4,000 crore contribution to the ‘CGTMSE’ (credit guarantee trust for micro and small enterprises) for facilitation of loans. Another separate announcement (not specific to MSMEs)rRs 2,500 crore government contribution to the Employee Provident Fund on behalf of employers and employees

And finally, there is the government equity participation in setting up the Rs 10,000 crore fund of funds for financing the growth capital of MSMEs.

This all adds up to Rs 16,500 crore – which are Credit Suisse and PwC India’s estimates.

Also read: In First Round of Stimulus, Sitharaman has Leaned on Banks and PSUs to Deliver the Goods

“This package is based largely on credit guarantee provisions, implying minimal direct cost for the central exchequer, which may be just a small fraction of today’s package. Any additional cost would only be on account of defaults, the burden of which may arise only in future years. In the case of the power sector, the burden of bearing the default is in fact, on the state governments,” D.K. Srivastava, chief policy adviser at EY India has said.

Other analysts peg the fiscal impact higher depending on how the accounting behind the reduction in TDS/TCS affect the government’s finances.

“The impact on the fiscal deficit will likely be smaller than the headline figures announced by the government, and by our calculations, today’s measures will take up Rs 555 billion (Rs 55,500 crore) of total fiscal spending on the balance sheet,” said Rahul Bajoria, chief India economist at Barclays, in a note.

“Today’s headline announcements add up to Rs 6 trillion (Rs 6 lakh crore) of the package, but the actual fiscal hit felt by the govt should be only Rs 240 billion (0.12% of GDP) in FY’ 21. The true cost to govt, however, will be realised only over the coming years (on the guarantees given).”