Ukraine Calls on Modi to Speak With Putin, Says It's 'Deeply Dissatisfied' With India’s Response

'The status of Modi makes me hopeful that because of his strong voice, Putin at least thinks over. We are expecting a much more favourable attitude of the Indian government,' said Ukrainian envoy to India Igor Polikha. 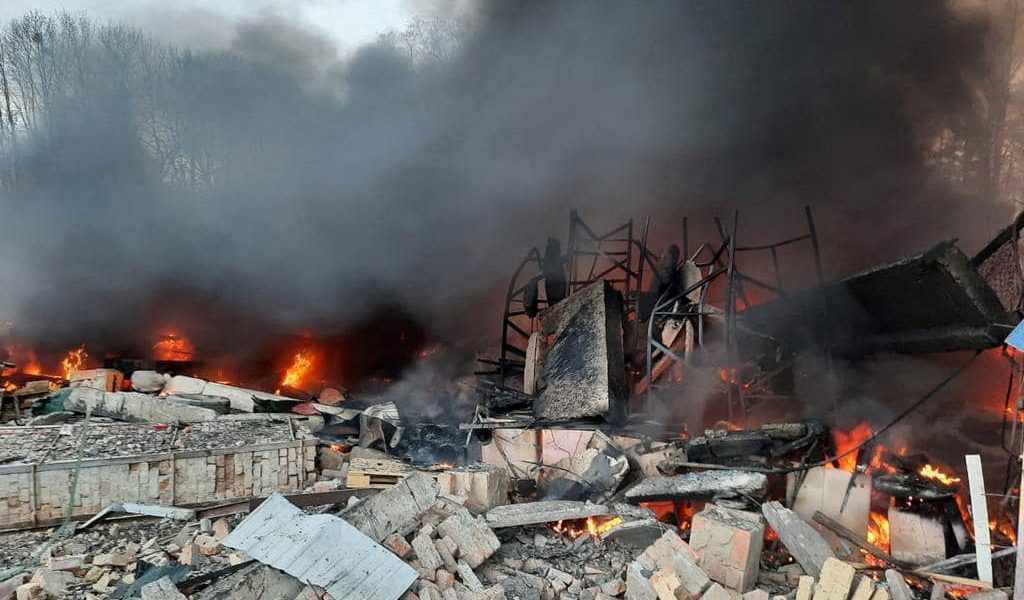 New Delhi: In an appeal to India, Ukrainian diplomat Igor Polikha has asked Prime Minister Narendra Modi to tell Russian President Vladimir Putin to stop any more military adventure, and also conveyed to the officials in the Ministry of External Affairs that Kyiv was “deeply dissatisfied” with the Indian position on the crisis.

In a crowded room of the Ukrainian embassy located in a South Delhi residential colony, Ukraine’s envoy to India Polikha asserted that India should be taking a more active role in diffusing the situation.

“Modiji is one of the most powerful and respected leaders of the world. You know that you have a special privileged strategic partnership with Russia. I don’t know how many world leaders (Russian President) Putin may listen to. But the status of Modiji makes me hopeful that because of his strong voice, Putin at least thinks over. We are expecting a much more favourable attitude of the Indian government in this crisis situation,” said Polikha, a veteran Ukrainian diplomat who speaks fluent Hindi.

Polikha noted that he had been following all the statements and advisories issued by the Ministry of External Affairs. Noting that India has said that it was “closely following developments”, he said, “we are deeply dissatisfied with this position. What does it mean – closely following?”

“Your PM can address Mr Putin, and he can address our president. Many times in history, India played a peacekeeping role. That’s why the peace-loving nation of India, we are asking for your strong voice to stop this war.”

Also read: ‘Sirens on Since 4 AM’: Indians Describe Chaos, Confusion in Ukraine After Invasion

The Ukrainian diplomat stated that he briefed the external affairs ministry officials about the latest developments on Thursday.

“I already conveyed my proposal that India should be much more active, taking into account the special privileged strategic partnership between India and Russia. There are very few nations in the world that can influence Russia. India is among them,” he said.

When asked about India’s response, he replied, “[It is] under consideration”.

He further expressed his dissatisfaction with the MEA’s statement on the crisis. “You saw the latest statement of India’s permanent representative that the war started, and he asked both sides to avoid escalation. We were attacked, and both sides, including the Ukrainian side, are being asked to avoid escalation, when we are defending our territory.”

Calling for countries to signal their opposition to Russian actions, he said that it could be in any form, whether verbal condemnation or humanitarian assistance.

Taking a dig at Pakistan Prime Minister Imran Khan’s visit to Moscow, he said that countries should be cancelling bilateral events with Russia. “It is not the proper time to hold bilateral events. Now, the only bilateral event is held by your neighbour there.”

India has around 15,000 students, registered in Ukrainian educational institutions, trying to leave the country.

“Immediately, after the request of the Indian side, we approached all the quarters about seats on flights… We tried to help. Now, unfortunately, the airspace of Ukraine is closed,” he said.

He added that India should “for the sake of your citizens” exert every kind of pressure on Russia to stop the “aggression”.

Besides meeting with the MEA officials, Polikha also met with his counterparts from the G7 countries at the German embassy.

German ambassador to India Walter Lindner wrote on Twitter saying that the meeting was to show “solidarity” with Ukraine against Russia’s “unjustifiable military aggression”. “This is a moment to stand up for peace, rule-based order and international law,” he added.

Ambassadors of G7 countries & UKR in Delhi met today to express their solidarity with people of UKR & to exchange information on Russia’s unjustifiable military aggression (GER currently holds G7 presidency). This is a moment to stand up for peace, rule-based order & intern law! pic.twitter.com/cerviD4nMq

During his media interaction, the Ukrainian ambassador was asked if there was a possibility to find a compromise to the current crisis by Kyiv committing to not applying for NATO membership. “At present, EU and NATO membership are enshrined in the Ukrainian constitution. That’s all I can say”.