At a virtual summit with leaders of 27 EU member states, PM Modi “requested the EU’s support for our joint proposal with South Africa for a TRIPS waiver on vaccine production-related patents”. 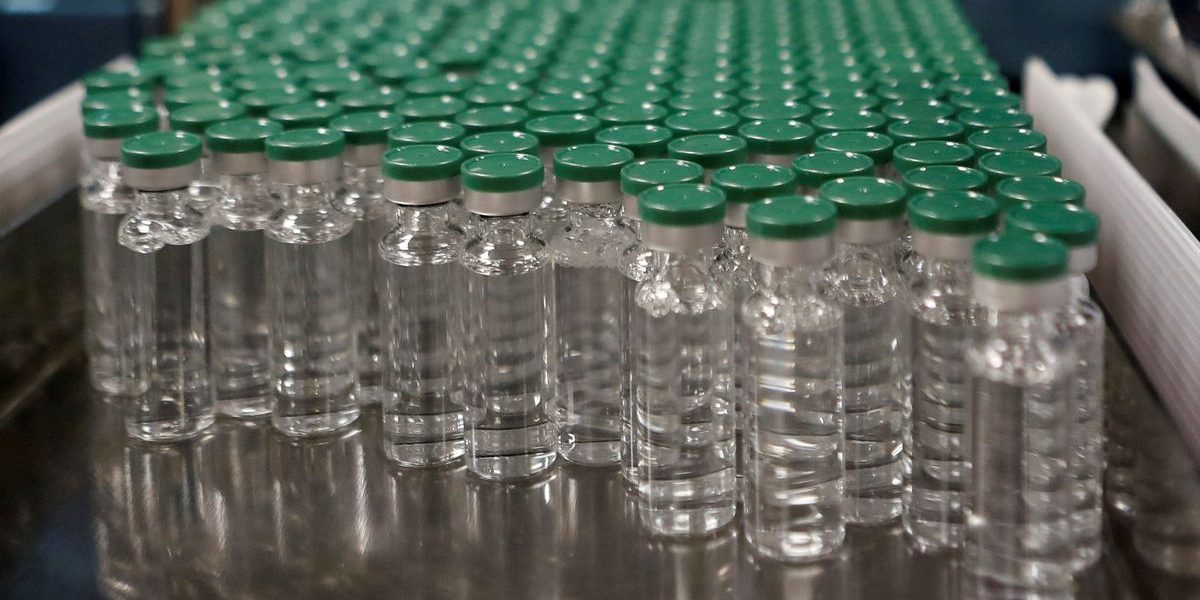 Vials of AstraZeneca's Covishield are seen before they are packaged inside a lab at Serum Institute of India, in Pune. Photo: Reuters/Francis Mascarenhas/File Photo

New Delhi: India on Saturday called on the European Union to support the proposal for the patent waiver on COVID-19 vaccine production, even as the regional bloc continues to push back on the US reversal by flagging that it is not a solution to the immediate demand for vaccines around the world.

On Saturday, Indian Prime Minister Narendra Modi and leaders of 27 EU member states held a virtual summit. It was the first time all members of the European Council were meeting with the Indian leader in the summit format.

The most important ‘deliverable’ from the summit was the announcement of the resumption of talks for a free-trade agreement. The talks, which had first started in 2007, had been suspended in 2013. In parallel, there would also be negotiations for agreements on investment protection and geographical indicators. They also launched a “Connectivity Partnership” – the second one that the EU has entered into after Japan.

However, as a senior Indian MEA official said after the talks, “COVID-19 was the central topic,” with India going through a devastating second wave and parts of Europe suffering from the third wave of the pandemic.

According to MEA secretary Vikas Swarup, Prime Minister Modi “requested the EU’s support for our joint proposal with South Africa for a TRIPS waiver on vaccine production-related patents”.

He referred to the proposal submitted by India and South Africa to WTO’s TRIPS Council last October. Despite being supported by over 120 countries, the proposal didn’t progress, as all changes to international property rights have to be adopted by consensus. Along with Pharma companies strongly opposing the proposition, there was opposition from the US, EU, the UK, Switzerland, Norway and Brazil.

Also read: Waiving Patents on COVID-19 Vaccines Is Necessary – but Not Sufficient

However, the situation changed dramatically this week, with the US government announcing a change of heart which also took the EU by surprise. The 27-member bloc is now the most influential body that is challenging the proposal.

“The US has also supported the proposal a couple of days ago. The EU’s support at WTO for this waiver will ensure that we can scale up the vaccine production for equitable and global access and save lives,” said Swarup at a media briefing on Saturday evening in New Delhi.

He added that India “will be watching the evolving EU position on this particular issue”.

Swarup also stated that every EU leader spoke about the need for greater cooperation between India and EU for vaccine production, including a “proposal from one of the leaders for partnership with India in the Indo-Pacific for ensuring vaccine access”.

At the post-summit media conference in Portugal, the President of the European Commission, Ursula von der Leyen reiterated that the EU was “ready for discussion” on the patent waiver issue.

But, she also asserted that it needed to be part of a more extensive discussion. “The point that I want to emphasise that we are willing to go into the discussion, but we need a 360-degree view on it and not shy away from other topics,” said von der Leyen.

She stated that the questions that needed to addressed were about production capacity, licensing and vaccine exports, besides the IP waiver.

However, von der Leyen pointed out that patent waiver will not help increase the immediate access of vaccines required to control the pandemic. “But again, this is not something which will bring within the next month, perhaps within the next year, any vaccines. But, we need vaccines now,” she asserted.

The EC President then stated that “regions which are producing vaccines at large scale should share these vaccines through exports”.

She was pointing the finger squarely at the US, which has banned all exports of domestically-produced vaccines. It was only in late April that the US announced that it would share in coming months 60 million doses of AstraZeneca vaccine, which had been stockpiled but never used as it had not got formal approval.

“We are the only democratic region in the world that is producing vaccine at a large scale and exporting at average 50% of the production. This brings vaccines right now. Two hundred million doses have been distributed to almost 90 countries. This is effective sharing of doses not just export but through Covax is of utmost importance,” said the top EU official.

In a recent background briefing, EU official had stated that the regional bloc favoured the ‘third way’ being advocated by the WTO chief Ngozi Okonjo-Iweala

The India-EU joint statement, issued after the summit, declared, “Recognising the role of extensive immunisation as a global public good and concurring that the vaccination process is not a race amongst countries but a race against time, we welcomed the EU’s and its Member States’ contribution to vaccines’ production and their substantial support to the COVAX Facility, as well as India’s efforts to produce and distribute COVID-19 vaccines to over 90 countries through its ‘Vaccine Maitri’”.

India also appreciated EU’s response to the appeal for medical equipment, which has resulted in oxygen generating plants and cylinders.

On the human rights issue, the joint statement states that both sides recognised the importance of strengthening mechanisms for “the promotion of human rights and the role of national human rights institutions, civil society actors and journalists”.

“We welcomed the resumption of the Human Rights Dialogue, which nurtured a constructive engagement between both sides, and look forward to the next meeting in 2022,” he stated.

The “Connectivity” partnership, which EU and India have highlighted as one of the summit’s key takeaways, is aimed at establishing “transparent, inclusive and rules-based connectivity” between EU and India and third countries in Africa, Central Asia and Indo-Pacific. It involves cooperation on regulation and support for private investments in physical infrastructure in digital, transport, energy and people-to-people sectors.

There was re-affirmation of commitment to a “free, open, inclusive and rules-based Indo-Pacific”, with respect for “territorial integrity and sovereignty, democracy, and rule of law, transparency, freedom of navigation and overflight, unimpeded lawful commerce, and peaceful resolution of disputes, in accordance with international law, including the United Nations Convention on Law of the Sea (UNCLOS).”

Last month, European Council had adopted a strategy for cooperation in Indo-Pacific, which all leaders also welcomed at the annual summit. There was also general agreement to “strengthen EU-India cooperation in the Indo-Pacific region, including in the Asia-Europe Meeting (ASEM) and in relevant regional fora”.