The Martyrdom of Sufi Shah Inayat

"You have released me from the chains of existence/ May Allah bless you now and in the Hereafter," Shah Inayat told his executioner in his final moments. 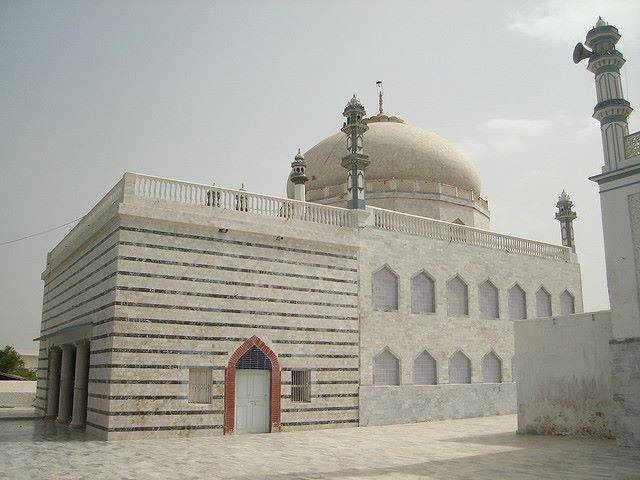 This is the third of a four-part series on Shah Inayat, whose 300th death anniversary is now being commemorated. Read the first part here and the second part here.

‘The army of the king is victorious and

The heart of the enemy is burning with sorrow

The army of the king is smiling and

The enemy is lying like owls in the wilderness

The army of the king is glad and successful

The enemy and its army is unhappy and stricken

The army of the king is very satisfied and

The enemy is surrounded with grief at every moment

The enemy is humble and unfulfilled

The army of the king is majestic and

The enemy is after its own life

The army of the king strikes terror in hearts and

The lips of the enemy are silent like the dead

The asset of the army of the king is victory

It is raised like an arrow which pierces the chest of the enemy.’

In the end, he writes that the Sahibzada of exalted fortune will soon murder or arrest “he who is the ill-willed accursed.”

Two months passed, but neither the force of resistance of the fakirs diminished nor could the royal army subdue them. Then it so happened that one morning, “the awesome khan and nawab of exalted place,” riding on elephants, came near the ramparts of Jhok “like lions and braves” and addressed the “braves of your battle and warlike courage” that “first you blow these ramparts in the air with cannon and gun like a cleaner of cotton and then we will burn the harvest of life of the fakirs to dust with the fire of swords.” But some spy of the Sufi was present there by coincidence. He alerted the fakirs about the enemy’s plan, so it did not succeed.

The siege continued for four months. The fakirs did not have cannons and guns, so they had no other resort except a night-attack. This method proved so effective that according to Mir Ali Sher Qaane, “The attackers had reached the brink of destruction. Sufi Inayat had directed the fakirs to conduct the night-attack in utmost silence, but one night some fakir inadvertently chanted the Ism-e-Zaat (Allah) and others also joined in, thus revealing friends and enemies in the army and most of the fakirs were consumed by the sword.”

Due to the presence of spies in the royal army and the narrative that the “friends and enemies were revealed” in the army because of the chants, one gets the impression that a few fakirs had secretly joined the army of the enemy and kept trying to make the ordinary soldiers their sympathisers. Since the royal soldiers were soldiers on hire and had neither personal opposition to Jhok nor any personal interest attached with it, turning their allegiance from the nawab and the landlords was not so difficult. This speculation is further strengthened by the length and the failure of the siege.

The defeat of the night-attack did damage the fakirs, but their spirits did not decline; they kept fighting the enemy as before. Eventually, when there was no prospect of gaining victory over the fakirs, the enemy resorted to deceit and fraud. On January 1, 1718, a proposal of peace was presented before Sufi Shah Inayat. “Muhammad Khan, son of Mian Khuda Yar Khan Kalhora and Shahdad Baloch, military commanders, etc., placing the Koran in between, promised that the lives and property of the fakirs would not be harmed.” Some comrades of Sufi Shah Inayat tried to reason with him that these oaths and terms and conditions were the enemy’s tricks and that they should not buy into their deceit and continue with the fighting. But how could the pious Sufi doubt an oath over the Koran? So he accepted the peace proposal. The entrance to Jhok was opened and the royal army captured the town without any resistance or bloodshed. Afterwards, Sufi Shah Inayat was brought with great respect in the tent of Nawab Azam Khan on the pretext of signing the peace deed, but he was arrested and put in handcuffs and chains immediately after he reached there.

Then the fire of royal vengeance reached Jhok and a general massacre of the fakirs began. Their homes were burnt, assets looted and the ramparts of the town razed. The collective farming of Jhok drowned in blood. Neither the sowers of the seed survived nor the reapers of the crop. On the betrayal of Mian Yar Muhammad Kalhora, Shah Inayat said the following verse: “The oppressor had promised (by touching his beard), it [the beard] was just like the tail of a dog.”

Nawab Azam Khan returned to Thatta after destroying Jhok. Sufi Shah Inayat was summoned in the court. Mir Ali Sher Qaane narrates that the questions and answers between the subedar and the sufi is a “lengthy story.” In short, whatever the questions put by the nawab, Sufi Shah Inayat answered them in the language of Khwaja Hafiz Shirazi.

Nawab Azam Khan (NAK): ‘Tell, why did you create this disturbance?’

‘The day God ordered the sky to revolve

Such was my fate assigned from the court of God

Why am I to blame, this was written in my fate.’

The poet Sheikh Muhammad Raza, who was sitting next to Azam Khan, said:

‘Friend, wake up from the state of dreaming

Refrain from frivolous talk, this is your time of reckoning.’

SSI: ‘I was not allowed entry into an alley of good repute

If you do not like, then change the Divine order.’

NAK: ‘Then get ready for a calamity.’

SSI: ‘The scourge of allegiance is like the flame of gold.’

NAK: ‘Why did you defame yourself and become a victim of misfortune?’

SSI: ‘If a lover does not bear the burden of reproach, what else can he do

No hero possesses a shield for the arrow of death.’

NAK: ‘Now that you are about to be killed, what is the use of beating about the bush.’

SSI: ‘The person whose heart is alive with love never dies

NAK: ‘Why did you abandon the obedience of the ruler of the day?’

SSI: ‘How can we disciples turn our faces towards the Kaaba

When our pir’s face is turned towards the tavern’

NAK: ‘Now why do you mourn the failure of your desires.’

SSI: ‘When I abluted at the spring of love

At the same time I saluted every article of existence seven times.’

When Azam Khan saw that this person was neither afraid of him nor repentant over his actions and would not plead for a pardon of his life, he ordered for the insolent Sufi to be put in prison. While walking away, Shah Inayat recited this verse:

‘O cupbearer get up, fill me a cup

Bring dust over the sad days.’

On January 7, 1718, the 15th of Safar 1130 A.H. Sufi Shah Inayat was beheaded by the order of subedar Azam Khan. In his last moments, Shah Inayat was reciting the following verse:

‘You have released me from the chains of existence

May Allah bless you now and in the Hereafter.’

Sufi Shah Inayat was thus martyred. Innumerable fakirs were put to the sword, and the town of Jhok was destroyed. But such was the state of fear and despair of the ruling elite that they trembled at the very name of the fakirs. Therefore, Azam Khan had a proclamation made that if anyone let out the word “Allah (the Ism-e-Takbeer (God is Great) of the fakirs) out loud, he would be beheaded.” Analysing this order, Mir Ali Sher Qaane writes, “Praise be to Allah! What Divinity, that heads would roll at taking His Own Name, but such is the route of lovers.”

Raza Naeem is a Pakistani social scientist, book critic, and an award-winning translator and dramatic reader currently teaching in Lahore. He is also the president of the Progressive Writers Association in Lahore. His most recent work is an introduction to the reissued edition (HarperCollins India, 2016) of Abdullah Hussein’s classic novel The Weary Generations. He can be reached at: razanaeem@hotmail.com.