How Poetry Helped Bring a Piece of Kashmir to Delhi

With more than seven months having passed since Kashmir entered the new phase of its controversial existence, Kashmiris are claiming their right to speech and expression. 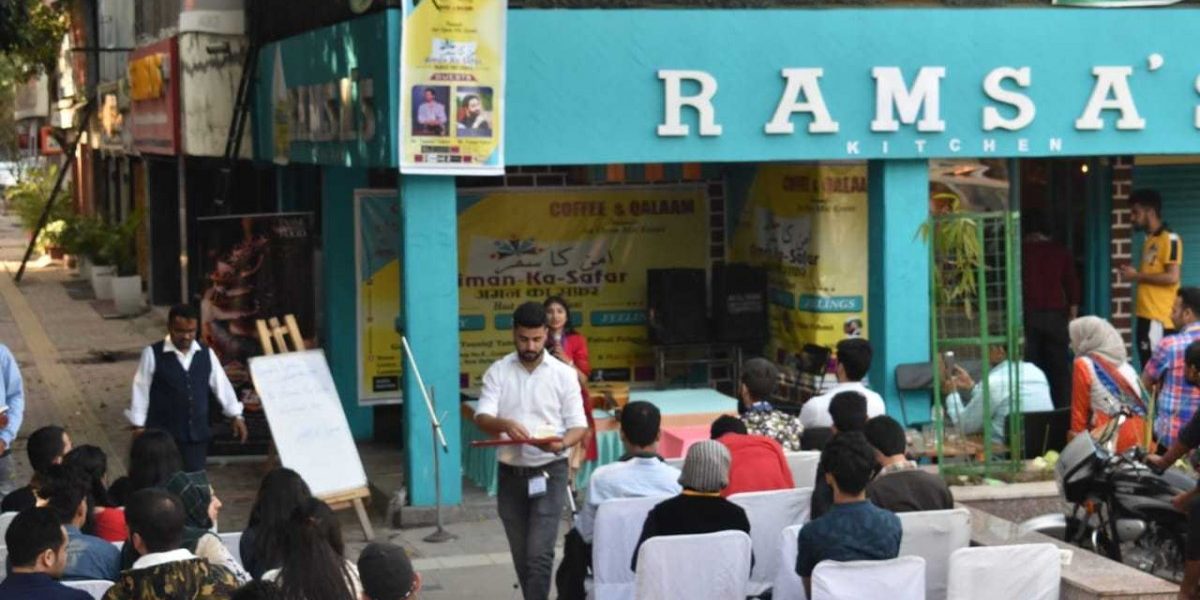 New Delhi: On Sunday March 8, enthusiastic, young, authors gathered at an open mic event organised by Coffee and Qalaam, a Kashmir-based collective which aims to nurture and nourish the talent of amateur authors.

The afternoon brought 20 participants who wore their hearts on their sleeves and bared their souls. A young poet, Mohsin Kashmiri from Bandipora in Kashmir, began with a couplet. Kashmiri began humbly, tucking his tie in place.

(‘He awakens new dreams in me, teaches me the art to tread on new paths
His courage astounds me, as I am hopeless, yet he lights the lamp of love in me’)

Kashmiri, it turns out, always wanted to recite his own poetry in public. Spaces created so he can meet writers from his home in Kashmir and from Delhi are novel to him, as they are necessary.

“I miss home so much when I see faces from Kashmir here,” he says.

A poet from Kashmiri’s hometown Bandipora, Arsalan Atish took stage immediately after him:

(‘I was oblivious to the rules of life before,
But everyone dies many deaths before dying.’)

Arsalan says that to come together as Kashmiris in Delhi is a liberating feeling. “Everyone knows about the internet ban that was only recently lifted in Kashmir, so here it feels like we have created our own little Kashmir.”

The poet has only warmth to offer. “Here, Delhiites and Kashmiris are in a race. We try to show them our hospitality, our tehzeeb, and they wow us with theirs. This race warms my heart,” he says.

With over 12 participants from Kashmir itself, the programme progressed, holding the crowd hostage to poetry that ranged from subjects like relationships and love of god, to solitude and satiation.

Tashi Shah, an engineering student from Ganderbal in Kashmir, had a special offering on the occasion of Women’s Day.

(‘This is the society of men, in it the woman will be pressed down,
Her body will be adorned with a red dress and the body will be married off,
Your eyes might say something, this is the secret of your heart which you cannot hide.’)

Thoughtfully articulated in this couplet is a situation that unites women across boundaries and borders, cuts across differences and puts on display the harsh reality of a woman’s life in a set-up dominated by patriarchy.

Later on, Tashi, speaking to The Wire says, “These gatherings feel like home. There is no repression, we can speak our mind.”

“My goal was to connect people through food and this place has been able to do that.” Talking about the turmoil in Kashmir she said, “When people couldn’t speak to their families back in Kashmir, they used to drop by here, just to listen to people talk in their language. I have seen people burst into tears just listening to people talk in Kashmiri,” Ramsa says. Peerzada Muzamil, an independent musician who performed at the event also echoes Ramsa and the poets when he says that it is spaces like these that spawn the opportunity for exchange and connections.

Akeel Mohiuddin, the president of Coffee and Qalaam says he I founded the group to foster the strength of writers who “want to excel at the art but their musings don’t make it beyond their diaries.”

Mohiuddin, who is from Bandipora as well, has organised two such meets or mehfils in Srinagar. He is ecstatic about the success of their first event in Delhi.

The event was naturally steeped in symbol. With more than seven months having passed since Kashmir entered the new phase of its controversial existence, Kashmiris are claiming their right to speech and expression, and such events give them the power to do so.

They also give others a chance to understand the conflict inherent in their existence which is not limited to the land and those who claim it, but is also within their hearts.

Tarushi Aswani is an editorial intern at The Wire.