The Congress Has Run Out of Ideas. A Return to Brahmin Identity Won't Fix That.

Congress leader Jitin Prasada wants to start a 'Brahmin Chetna Parishad'. Is this the vision the party wants to hold, going forward? 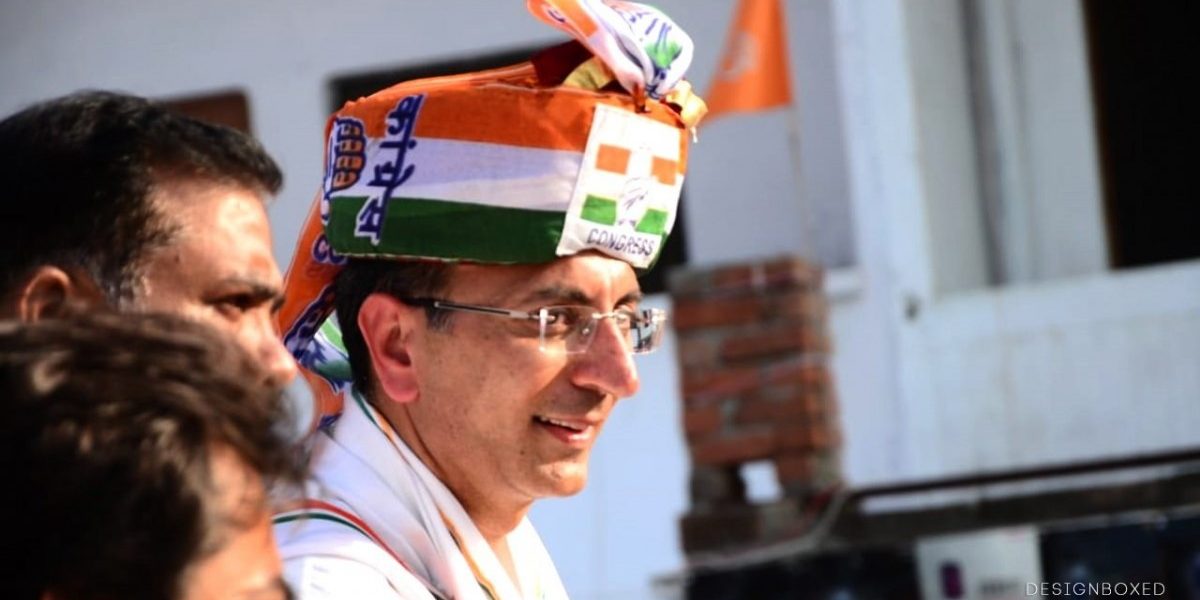 Jitin Prasada, member of the Congress Working Committee, the highest decision-making body of the Congress party, has announced the formation of a ‘Brahmin Chetna Parishad’. The organisation will work to create solidarity among the Brahmin community and ensure justice for its members. Prasada is one of the most senior leaders in the Congress party and has served as a Union minister in the United Progressive Alliance regime.

This is an extremely regressive and distasteful step. That Brahmin caste identity is being invoked publicly, as a legitimate mobilising or rallying point, shows that Congress leaders have run out of ideas. It is also confusing because, just when there is a flurry of activities under the guidance of Priyanka Gandhi Vadra on ‘secular’ and identity-neutral issues, a senior leader is attempting to centerstage caste-based action. Which way is the Congress party going?

The timing of the announcement is also very telling. The Uttar Pradesh police was then looking for Vikas Dubey, the criminal don, who was shot dead by the police on Friday. We heard about him being eulogised as a ‘Brahmin Tiger’. In some circles, the discussion was that Dubey would pay for being a Brahmin.

In this context, the talk of victimisation of Brahmins and their marginalisation in Uttar Pradesh cannot be seen in isolation. Prasada cannot claim that it was just a coincidence that these two things happened at the same time. Either he did it purposefully, or he thinks that the people are naive. The rationale for the creation of a body dedicated to further the interests of Brahmins is that under the present BJP regime, they are being subjected to a targeted elimination.

The Print reported the creation of the Brahmin Chetna Parishad thus: “Prasada said he is only trying to raise the issue of the “targeted killings” of Brahmins. “Last month an Unnao-based journalist was killed. Just the other day, four family members from the Brahmin community were hacked to death. All these are important issues that must be raised,” he said.”

Prasada was referring to the murder of journalist Shubham Mani Tripathi, who was killed allegedly at the behest of a sand mafia on June 19. Then, on July 3, Lallan Prasad Pandey and three of his family members were found murdered in their home. The motive for the murders hasn’t been ascertained yet.

The Brahmin Chetna Parishad, Prasada said, would act as a platform to hear the problems faced by the community, and help them “find solutions”.

“We want to reach out to Brahmins across professions – lawyers, doctors, teachers. Listen to their woes, be their voice, and help find solutions for them,” he said.

So, is he is trying to suggest that each caste group should try to find a solution to its problem simply among its own members? Such questions would likely be met with a knowing smile. For a while now, the Congress has been lamenting the loss of its upper caste voter base, particularly Brahmins, and the fall in its political fortunes is proportionate. Informal suggestions to woo this caste base have been made by bewildered party members.

Of course it’s not new for party leaders to associate themselves with different caste groups. All parties do it. The rise of the politics of social justice, which pushed the caste question to the forefront, is also used to legitimise caste-based mobilisation. The question is asked, ‘If Dalits and backward castes can have their organisations, what is wrong with a Brahmin or Rajput or Bhumihar organisation?’ Social justice politics cannot be an excuse for reviving old upper caste hegemony.

It is a well-tested formula to portray the traditional classes, in this case the upper caste, which have been socially or politically dominant as the new victims. Majoritarian politics thrives on this feeling of victimhood. The emergence of new social classes is seen as an unjust snatching away of the rightful claim of the traditional elites. The BJP turned the logic of reservation on its head by legalising 10% reservation for the upper castes on an economic basis. It led to celebration among the upper castes. They felt that a course correction had been made.

In the last six years, we have seen a reassertion of upper caste pride. The old guilt of being elite, in an unjust way, has given way to a sense of loss. The political ascendance of Dalits is seen as an affront by the traditional hegemons. Brahmins have started celebrating Parashuram Jayanti in a big way. The violence inherent in the myth is ignored. Not surprisingly, many Brahmins hailed the announcement of the forum with the slogan “Jai Parashuram!”

Prasada belongs to this class of people. But it is for the Congress party to decide what vision of society it wants to present to Indians. It cannot take cover under the theorisation that the Congress is a platform hosting all ideologies and all kinds of people, of being a party which gives quarter to all ideas.

Also read: What’s the Way Forward for Priyanka Gandhi and Congress in UP?

It may also be argued that if a leader can be part of a Dalit platform, what is wrong in a leader forming an organisation of his own caste? After all, it is not against any other caste. This logic is similar to the slogan of ‘White Lives Matter’ in response to the Black Lives Matter movement. One knows too well, as Priyamvada Gopal rightly says: “White lives should not matter as white lives because it is the whiteness that is the cause of the oppression that the Blacks have suffered. Only by rejecting whiteness can those lives matter, otherwise not.”

So, it is high time those who think they are Brahmins started thinking about undoing their Brahmanism. After all, their forefathers codified the longest lasting and most oppressive social system in the world.

My friend Satish Deshpande says that you cannot get rid of your caste even if you claim to be casteless, since you have been availing all the benefits without even being aware of them, simply by being what you are: an upper caste person. The privilege associated with it is denied to Dalits and other oppressed castes. But should that mean, then, that the programme of annihilation of caste is postponed for ever? Should we stop dreaming of a common humanity?

M.K. Gandhi and Jawaharlal Nehru sound politically incorrect, naive and outdated but their challenge to the people to come out of the confines they feel secure in and hold hands with each other is still powerful. It remains a challenge because it is not an easy thing to do. But to make it happen, the traditional elites will have to come out of the cocoon of victimhood they have built around themselves.