Dalit History Month: Education Is a Distant Dream for Some Children

In rural Bundelkhand, poverty and lack of infrastructure deter Dalit parents from educating their children. 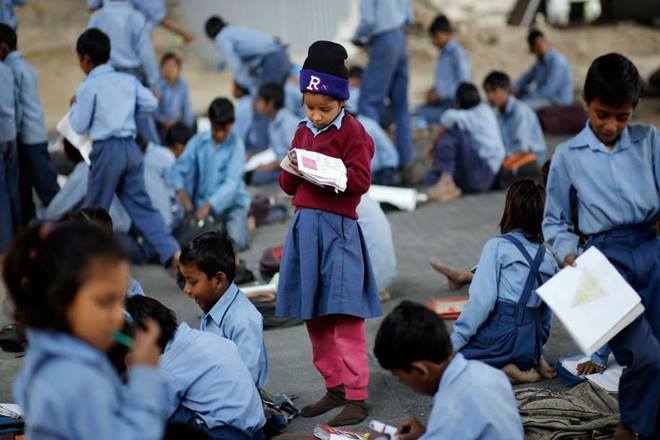 Although ‘discrimination on campus’ might be the key phrase we see/hear/watch in news reports each time a student commits suicide, in the rural hinterland, instances of caste-based discrimination are both frequent in number, and more insidious in practice. Cultural beliefs in Bundelkhand not only abound around the “natural” inferiority of one caste over the other, but are also viciously perpetuated.

Like everything else, it starts in the womb and is systemically woven into the very fabric of life and living, such that it becomes the norm – completely acceptable. It is nothing new, hence, to hear a school teacher refer to a student in his class as “chamar”. Or to have a token Dalit cook on the payroll, who is then told to clean the toilets, because children won’t eat what she cooks.

It comes as no surprise then, to know of the hard data on the ground – especially that of Dalit children dropping out of schools and colleges altogether, despite steady improvements in schemes and policies, their management and execution over the decades, at least in theory.

In the village of Bagholan in Naraini block of Banda district in Bundelkhand, caste is the most important determiner of how much you study, or indeed, whether you even study at all. Bagholan has a Kol Adivasi population of about 400, whose main occupation is cutting wood. Families upon families – especially women and girls – spend their days in the forests, often prone to dangers from wild animals and humans, while cutting wood. According to Lala Ram Patel, a resident of Bagholan, the average age when a girl starts working is 15. “That’s when she begins to assist her mother,” he says. The boys are often sent out to Banda sheher, or even beyond, “Palayan kar jaate hain (They migrate). Most often, they end up working in hotels, or sometimes, they find employment with rich farmers and dairy-produce families, washing cattle.” What this means for the children’s education in Bagholan is that there isn’t any – even if they study, they drop out by this age, or earlier.

The Right of Children to Free and Compulsory Education Act, which came into effect in 2009 in India to safeguard free and compulsory education for children between the ages of six and 14, under Article 21A of the Indian constitution, has seen plenty of success since. For instance, the enrolment rates for the SC/ST population published by the Ministry of Human Rights Development saw a steep rise from 16% between 2012-2013 to 21.1% in 2016-2017. These are pan-Indian semi-urban to urban statistics, but even if we count these as key progress indicators, we know that what’s often left unmapped is the dropout rate. According to a UNICEF survey, 51% of Dalit children drop out of elementary schools as opposed to 37% children from non-Dalit and non-Adivasi communities.

In Bagholan, we witness a break-up of this situation – how education and schooling is unavailable to the Dalit community on many levels, which includes lack of infrastructural support and apathy in governance. Like the problem of reach and accessibility, as narrated by Shivkali, “The nearest school is across a river. The river has no bridge. Ab bachcha beh jaayegan toh kaun zimmedaar hai (If my child drowns, who’s responsible)?” The lack of qualified teachers and the sheer lack of interest in those who do come to teach is another factor. Ram Prakash speaks of this deep disinterest, “They come for an hour or so. They come at 11 am and then leave by 12. If they do come, that is…” Lala Ram Patel mentions another important point, about how the teachers feel their sole duty is ensuring that children get their assigned portions of the mid-may Meal: “Khaana banwa diya, khaana khila diya, bas (Get the food cooked, make kids eat, that’s it),” is how he puts it.

And Bhanvati, just back from a morning of cutting wood, speaks of the biggest reason that generations of lack – of opportunity, of emancipation – has crystallised into, “Bahut garibi hai (There is extreme poverty). Mazdoori hi karni padegi bachchon ko saath mein. (The kids will have to work with us).” Another Bagholan resident Chuna adds, “We have to stop their studies. This is the state of the entire village.” Besides the traditional occupation, the children of Bagholan are also spending their time rag-picking to add to the family incomes. Lallu minces no words about the Dalit identity in rural Bundelkhand when he says, “You know how it’s everyone dreams that their children should study, that they be safe and secure in their lives and futures, that they don’t have to do such work for money?… It is only a dream for us here in Bagholan. In fact, we don’t even dare to dream those dreams.”