Coronavirus Shutdown: How India Can Provide a Safety Net for Gig Workers

Preventive measures such as social distancing and restrained mobility will hit those in the gig economy the hardest. The government and employers can lend a helping hand. 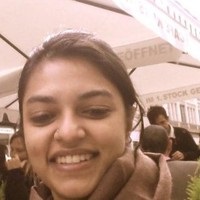 Since the outbreak of the coronavirus in India, Uber and Ola have seen a significant drop in demand by anywhere between 40% to 50% in the past week.

This is expected, given the need for restrained mobility and social distancing. Office commutes, which are a large part of an Uber or Ola driver’s rides, have halted in most metropolitan cities in the country. It is also likely that food delivery platforms like Swiggy and home-based services like UrbanClap are also similarly impacted as people are choosing not to order in and eat out.

Most of the gig workers that serve as the backbone of these services do not have remote or tele-working options. They also do not have the option of staying at home in case of illness because their income and incentives are task-based. This current health crisis will severely impact millions of tech workers in India’s growing platform economy and so far, there has been no action from the government or even employers to create safety nets.

Also Read: What Will Be the Economic Consequences of COVID-19 for India and the World?

Gig workers lead precarious lives on a day to day basis. Their vulnerability is compounded by the fact that many are migrants to big cities, living in insecure housing and often repaying loans for equipment and vehicles. Given that platforms treat workers as entrepreneurs, no social security is made available. This means no paid health leave and unemployment insurance. Even before the current health crisis, Uber and Ola drivers and Zomato delivery executives have been organising strikes demanding fair incomes, better incentives and more feasible working hours. These issues persist and are aggravated by falling incomes and an expected increase in medical expenditure as the pandemic deepens.

State and Central governments need to act quickly and creatively, to protect workers from a potential disaster now, as well as from the staggering impact of the outbreak likely to reverberate through the economy in the coming months. There is a need for secure employment, food and housing so that millions of vulnerable workers do not fall into poverty and despair. What does this mean?

First, the safety of workers should be primary – information on how to safeguard yourself should be provided, along with any safety requirements such as hand sanitiser. Further, health insurance which includes paid sick leave should be extended to all workers. This means that the government and employers should pay for the treatment of workers as well as ensure no loss of income for sick days.

Platforms such as Zomato and Swiggy are reportedly considering insurance for their delivery partners but the extent of coverage is unclear.

Zomato and Swiggy are considering insurance for their workers. Photo: Twitter/@ZomatoIN

Second, unemployment benefits should be paid to support workers whose income is lost or diminished due to the outbreak – this is critical for making sure that workers do not suffer financial shock. Some unemployment insurances exist in India, such as in Punjab, but are not extended to entrepreneurs, which is the interpretation of tech-workers. Worker jobs should also be secured through this period of uncertainty.

Third, measures to secure housing should be considered. This could be in the form of rent deferrals or delayed loan repayments. Finally, food security is critical to fighting health and economic crises. The government should make access to the public distribution system universal in the immediate term. This system has already proven effective in Tamil Nadu and can be replicated in the rest of the country.

Also Read: Can the Spirit of California’s Gig Economy Bill Spread to India?

As governments and employers contemplate how to extend these safeguard to workers – one of the ways to offer immediate relief is through Universal Basic Income (UBI) – an unconditional, regular transfer that can help mitigate some of the damages done by the virus. UBI was discussed extensively in the 2016-17 Economic Survey, and while the suggestion at the time was not ideal or well-imagined, an infusion of cash into the wallets of precarious workers right now could provide the much needed support people need. The UBI can be paid for by the government as well as employers and can be done for a short period of 12 months, just to tide over the crisis. The money will allow for income support, health expenditure, and save millions of people from slipping into poverty. However, UBI should not be viewed as a supplement to other government support. Evaluations suggest that income support also can help boost consumption in times like these. Of course, questions of to whom, how much and who will pay will need to be answered.

Across the world, the condition of workers, especially those working on platforms is a top of mind for the government and political class who are trying to find ways to protect people from this unprecedented calamity. Jeremy Corbyn, the head of the Labour Party in the UK, has written to Prime Minister Boris Johnson asking him to institutionalise support for insecure, low-paid, and self-employed workers. Bernie Sanders called for solidarity and proposed the need for unemployment insurance for gig workers, domestic workers and independent contractors. In Italy, one of the worst coronavirus-hit countries, mortgage repayment and taxi bills have been suspended for the time being. Google has set up a fund for its contract workers to access paid sick leave. The Danish government has announced that it will cover 75% of employee salaries for private companies struggling due to the coronavirus so that workers are not laid off.

The government in India and the technology companies that operate here must start thinking about the workers who hold this country together. Solutions like UBI transfers can help temporarily plug the holes of an otherwise broken social security system but may not be a long term answer. The country has done well to control the crisis, but this is only the beginning. The world is bracing for a much bigger disaster, as should we – creating robust social security nets for marginalised and vulnerable people is one way to prepare for the vagaries and unpredictability of the coming months.

Astha Kapoor is the co-founder of Aapti Institute, a Bengaluru-based research firm examining the interface between technology and society.