Mamta Kalia's Extraordinary Grace: A Tribute to a Living Legend

Warm, approachable and a woman with a distinct philosophy when it comes to her writing, Mamta Kalia's persona shines as bright as her many literary achievements. 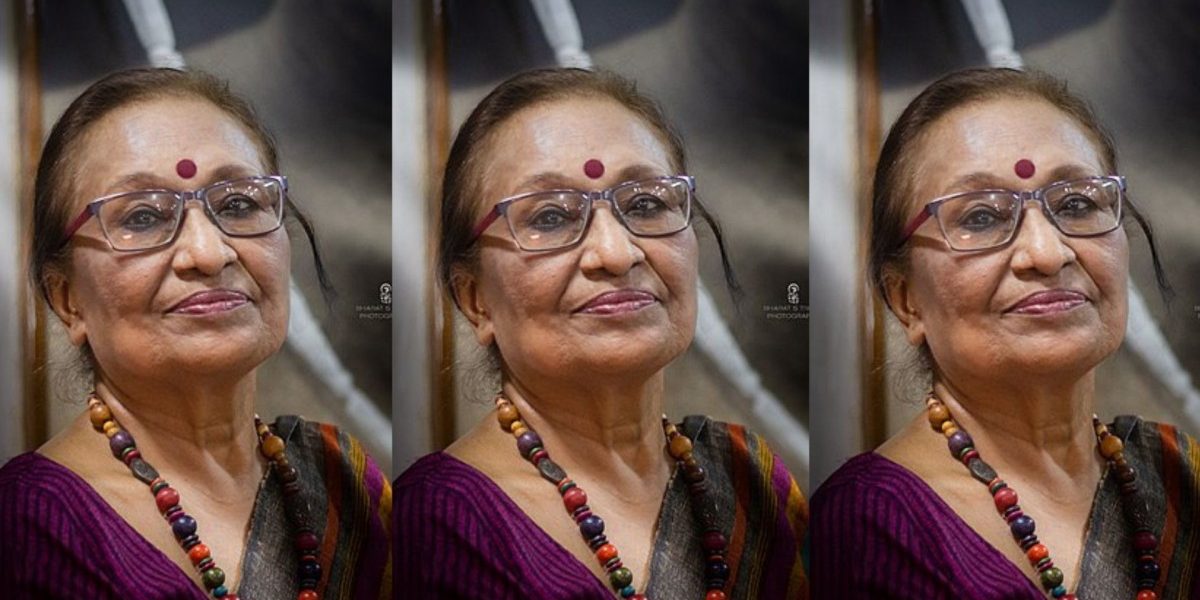 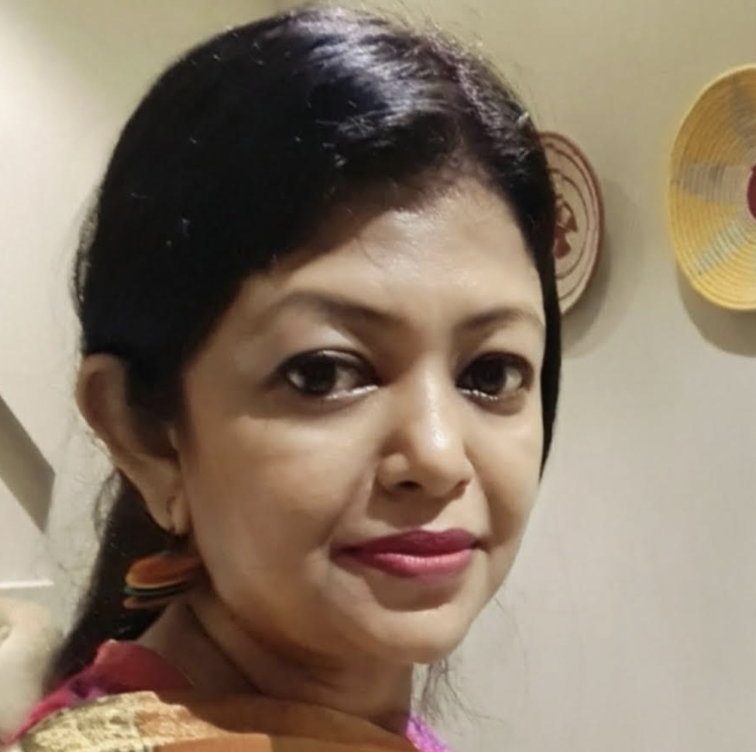 I was on a trip to Bhubaneswar to attend the Kalinga Literary Festival. According to the forecast, the temperature was to be slightly lower that day. But after entering the city, I was convinced that I was proving to be lower than the weather.

Not one to search for reasons for the existence or non-existence of certain things, I went about my travels carrying the void inside me as it was.

I was on my way to the guest house, when a notification of Mamta Kalia‘s message flashed. She was staying at the hotel where all the events of the three-day festival were to be held. My place of stay was five to six kilometres away from her hotel.

The programme was to start the next day and it was five in the evening. The event organiser had informed me that everyone had to go to the same hotel that Mamta was at for dinner. Considering that I was feeling low and had decided to stay in, I sent a text conveying regrets to Mamta. She sent a short reply, ‘Arre‘.

That thin ‘arre‘ of her’s remained in my jacket pocket the whole evening. But gradually the weight of that word started getting heavier and I felt that I would not be able to handle it the whole night. I decided to go to her hotel immediately. Before this, I had met her on three or four occasions but those meetings were short and the element of solitude was always missing. 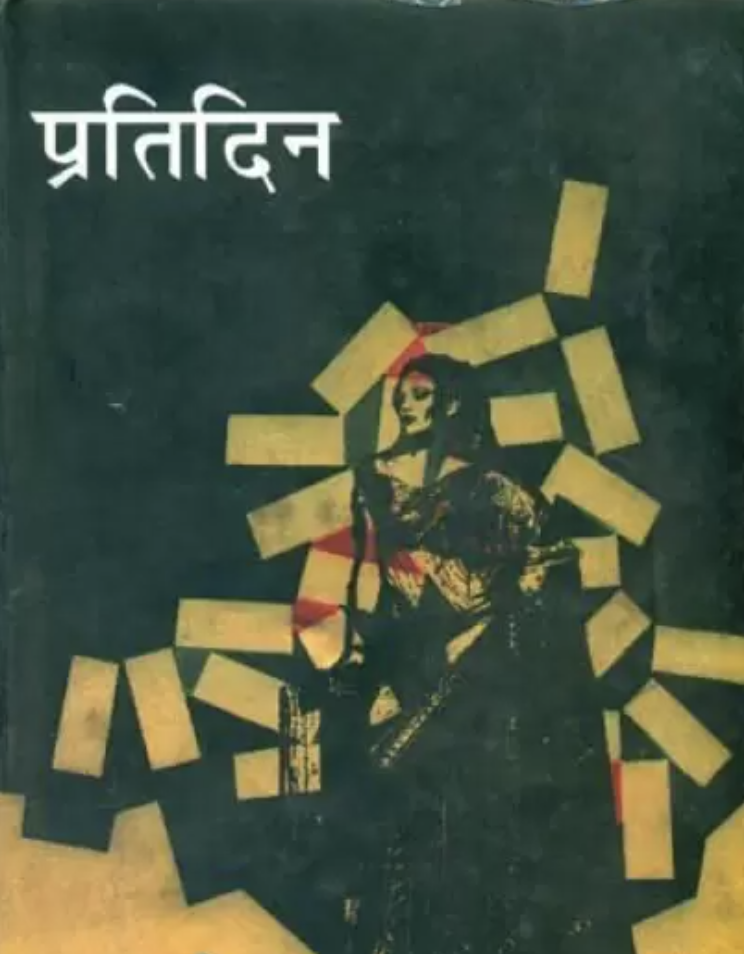 The cover of Mamta Kalia’s ‘Pratidin’.

Mamta, wrapped in a warm shawl, had been writing something – the pen and paper was on her bed. As soon as I looked at the paper, I realised that a new relationship awaits me, riding on coincidence and emotion.

We both spoke about many things. After talking incessantly for a long time, we even started listening to each other.

At dinner, someone praised the baked rasgullas. Mamta was prohibited from eating sweets and was tempted to eat it. She made me her companion in the crime. Thus the burden of that crime was somewhat lessened. Restrictions had no place for her nature, I felt.

The next day, as soon as I entered the hall, I heard Mamta’s name. Forever young, and one of the most important authors of the current Hindi landscape, Mamta climbed the stairs to accept her award. The scene is recorded in my mind like a long-lived and pleasant memory.

When I went to congratulate her, she immediately got up from her front row seat and went to sit in the back row with me. With the programme still on, we decided to take our conversation from the back row to outside the hall.

Once out, she was soon surrounded by many admirers. She wrote personalised messages on their books with keen interest. I really enjoyed reading those messages. By the time our tea arrived, I was intent on behaving completely chaotically, and most importantly, I realised that I found inner happiness at my own chaotic conduct.

Why did she first write poems and after meeting her husband, the author Ravindra Kalia, turn to stories, I asked her.

“Even a straight train always changes its tracks,” Mamta wisely said. “We are human beings, why shouldn’t we change genres in literature?”

I felt as if a rich corner of the library of Hindi literature was walking with me.

Mamta said she met Ravindra at a literary event, the Kahani Savera in Chandigarh. They made the return journey together and Ravindra asked her if she only wrote and read poetry. Mamta smelled the humiliation wrapped around the word ‘poetry’ in that sentence and thought he saw the writing of stories as a matter of great prestige. She decided then to hit the target.

But this goal became meaningless with time. A companionship developed and the Hindi literary world got the gift of many powerful stories written by the storyteller couple. Mamta ended that talk with a vital sentence.

“I started writing stories to eliminate the pride of Ravindra Kalia.”

Was there ever competition?

Mamta said they were both democratic, bordering on anarchic.

“We kept writing against the institution of marriage, we kept writing against the family. And a thing like competition has never touched our thinking. We were writing stories of ordinary people and at the same time we were assuming that we had to create a different kind of family,” she said. Ravindra wrote mostly on the unprivileged and she wrote on the struggles of the working and unmarried woman. Covers of some of Mamta Kalia’s books.

Did they never ask each other why they wrote the way they did?

“There is no such thing as ego between us. Both of us were careful to not burn the very boats we were on. You can say that both of us were smart players!”

Mamta was an expert host in Bhubaneswar and regaled me with tea and gossip and literature. For three days, we were unaware of the world and my inner happiness knew no bounds. We spoke about ourselves and I witnessed the many shades of Mamta’s personality.

Both of us were in the mood for a terrible kind of anarchy and joy.

By the end of it, I was starting to feel very happy with the fact that KLF had arranged for my accommodation far from the venue. In this way, while covering the distance between those two places, I formed a very intimate relationship with the city.

Why do we want to know another person? To read ourselves correctly and to prove to ourselves the same things, or not? The city had no idea that I was on a mission to be enchanted by it each time I returned to my guest house from the hotel.

I had a public session with Mamta on the last day, in which I had to interview her. I was wearing a red saree. Mamta said that she will wear a colour to contrast mine. She went to take out a black saree from her suitcase. But the colour of the sari she had remembered as black turned out to be gray when it came out of the suitcase. And so it was that as we were changing the fixed colours of our nature, our clothes were also changing their colours!

On stage, our conversations of the past three days returned to me. What could I ask her?

“Mamta ji, you have been writing irrespective of the place or situation you have been in, in the race of life. You wrote on the margin of a tailor’s bill, on the corner of the torn envelope, wherever you found space. You wrote in the time that was left after attending to family, work, guests and friends. Now that there were many blank papers in your life and a lot of free time, what was the difference between writing then and writing now?” I asked.

Also read: In 2016, Hindi Literature Became the Voice of the Marginalised

She said that other than a particular loss, she has everything.

“Life changed after 2016 when Ravi left. He bravely witnessed his own demise. Every person has his own sunset. But the grace with which he lived his troubles and the vivacity with which he faced his cancer demands a different kind of Param Vir Chakra in life. After his departure, there is a lot of loneliness. I have memories. I write memoirs by making them the axis of my thoughts,” she said.

Apart from this one, there were many other questions and answers, but this one answer was settled and kept echoing in my mind.

In the audience was the rich literary world of Hindi. There was a lot of light on the stage. If that light was able to show its potential, it would have proved to be a scanner for the moments of the past or could also show some way for the future. But apart from all this, it had another destiny too, to illuminate the mind.

In the dearest darkness of my mind, the personality of Mamta is carved like an old eternal story, with the splendour of wrinkles made of experiences and memories. In my mind thrives a replica of her figure that I can make my own forever.

Neelakshi Singh is a Hindi author and recipient of the Sahitya Akademi Swarna Jayanti Yuva Award. She has written three collections of stories and two novels.