The partnership defies 20th-century notions of a public private partnership and offers a glimpse of the private sector tipping its hat to the sovereign function and prerogative in identifying and authenticating the beneficiaries of a digital service.

WhatsApp is going to integrate the Unified Payments Interface developed by the National Payments Corporation of India. Credit: Reuters/Twitter 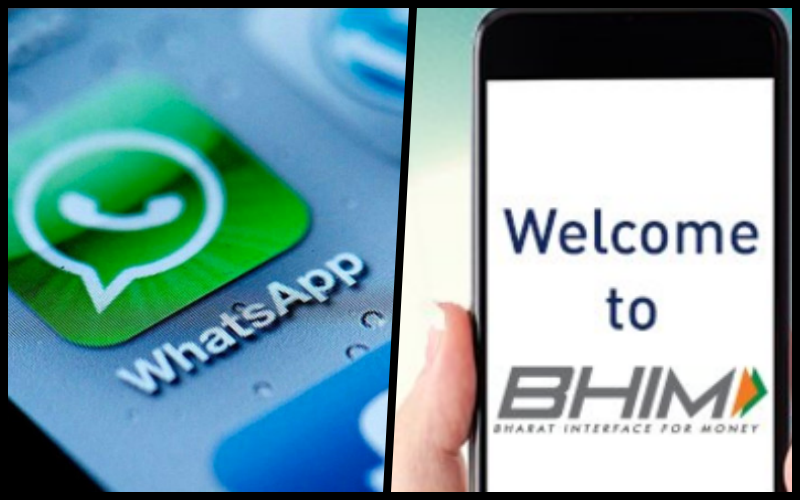 WhatsApp is going to integrate the Unified Payments Interface developed by the National Payments Corporation of India. Credit: Reuters/Twitter

A senior official in the Indian government has confirmed, via Twitter, that the soon-to-be launched payments system from WhatsApp would integrate the Unified Payments Interface (UPI) developed by the National Payments Corporation of India (NPCI).

Proposed @WhatsApp payment system in India to be powered by @NPCI_BHIM app.

The world’s most popular messaging application’s decision to use locally-designed architecture to send and receive money is momentous for reasons both technological and strategic. WhatsApp relies on the address books of users to send and receive messages, images or calls, so it could well have deployed an in-house mechanism to make digital payments from one phone number to another. Indeed, the Chinese messaging application WeChat has engineered exactly such a system – WeChat Pay – relying on user contacts and scanned QR codes to effect payments.

WhatsApp has instead chosen to adopt a homegrown product, and a UPI-driven platform will allow it to make payments through other personally-identifiable markers: Aadhaar numbers, account number/IFSC code and so on. It is yet unclear how the payment interface will be integrated into WhatsApp. WhatsApp has two options before it: in the manner of a PayTM, WhatsApp could fashion itself a digital wallet and link it to UPI addresses. But given this would necessitate an RBI license and would be a rather minimal use of the UPI interface, WhatsApp is likely to adopt UPI-driven payments in the same way as the BHIM (Bharat Interface for Money) app, and potentially process transactions from all manners of IDs: phone numbers, Facebook contacts, bank accounts or even Aadhaar numbers. No matter what the final configuration, WhatsApp’s embrace of UPI will have lasting consequences for India’s digital economy.

For starters, the WhatsApp-NPCI arrangement defies 20th-century notions of public-private partnership. In most turnkey or greenfield infrastructure and services delivery projects, the government supplies the “public assets” with the last-mile operation run by the company in question. In WhatsApp’s case, the messaging platform has built a steady base of first-generation internet users, which the government will tap for digital financial inclusion. In other words, the massive datasets harvested by the private sector – Google too has payment gateway designs of its own for the Indian market – will be leveraged by the government for targeted interventions. This sort of collaboration ensures public agencies will not have to reinvent the wheel (and create overlapping databases) for the purposes of promoting financial inclusion.

But the WhatsApp-NPCI collaboration also raises the possibility of government collection and processing of financial and personal data through the private sector, the misuse of which is currently not contemplated by India’s IT laws. The provision of public utilities through technology companies also require a clarification on the responsibilities of the private sector: for instance, would they operate as essential services during internet shutdowns? In the event of a cyber attack on WhatsApp’s servers or firmware, who would guarantee the safety of digital payment gateways and how will real-time information sharing with government work? After all, the UPI is essentially sovereign property – the private sector must be accountable for its use of the resource.

Build, and they will come?

WhatsApp’s adoption of a homegrown digital platform like UPI is also important for symbolic reasons. Silicon Valley suffers from an almost pathological determinism and irrepressible belief that technology designed in the Bay Area can offer solutions to most global problems. WhatsApp, by integrating UPI into its platform, has signalled to Silicon Valley peers that the Indian digital economy can offer mature technological solutions that augment their own. This should be a cue for Y Combinator to pilot its universal basic income project in Indian cities through the UPI platform, blockchain players — including European companies like Guardtime — to offer commercially scalable solutions that limit pilfering of funds in public sector projects, and AI-based technologies to work with state governments for creating predictive tools in health diagnostics.

In some sectors, as with health and education, the government can contribute through data sets, while in others, such as the financial sector, it can provide technologies that lead to greater inclusion and accountability. Even ‘enlightened’ Silicon Valley engineers often pit technology against people, attributing the failure of “ingenious innovations” to human resistance: India has an opportunity to prove technological designs that account for lived realities in its own cities and villages can influence social and economic interactions positively.

An Indian model of “cyber sovereignty”

From a strategic perspective, the use of sovereign ‘markers’ by WhatsApp to effect digital payments is significant. The UPI is an Application Programming Interface that allows transfers of money from one ‘virtual payment address’ to another. (That payment address may look different based on the app in question: for example, while using the BHIM app, a user’s payment address would be “amsukumar@upi”, and for a specific bank the address may be “amsukumar@sbi”. For WhatsApp payments effected through UPI it may be “<username>@WA”.)

Whatever that address may look like, the UPI interface ensures the “address resolution” happens through a number of public markers: phone numbers, account numbers and IFSC codes, RuPay card numbers and possibly even Aadhaar numbers in the future. WhatsApp could probably effect payments through phone numbers or Facebook contacts if it wanted to – the way its parent company has, by building a system from scratch and using Visa and MasterCard debit card information – but its use of the UPI interface is an acknowledgment of these government-identified markers. At a time when governments across the world are increasingly tightening their control over the internet, the WhatsApp-NPCI arrangement could be billed by India as its own variant of “cyber sovereignty”.

Its Chinese version, which is being aggressively promoted by Beijing through forums such as the BRICS, is too heavy handed and intrusive for India to acknowledge. India can offer as an alternative a minimally-invasive arrangement where the private sector tips its hats to the sovereign function and the prerogative of the government in identifying or authenticating the beneficiaries of digital services.

And finally, WhatsApp’s UPI embrace is a shot across the bow to Chinese competitors like Tencent and Alibaba, who want to introduce their own digital payment systems in India. New Delhi will be naturally disposed towards ‘foreign’ technologies that integrate indigenous solutions, so the development is likely to place political and market pressures on Chinese companies to follow suit.

For Beijing, which has run roughshod over digital economies with little care for homegrown technical standards, this would be a moment to pause and reflect.