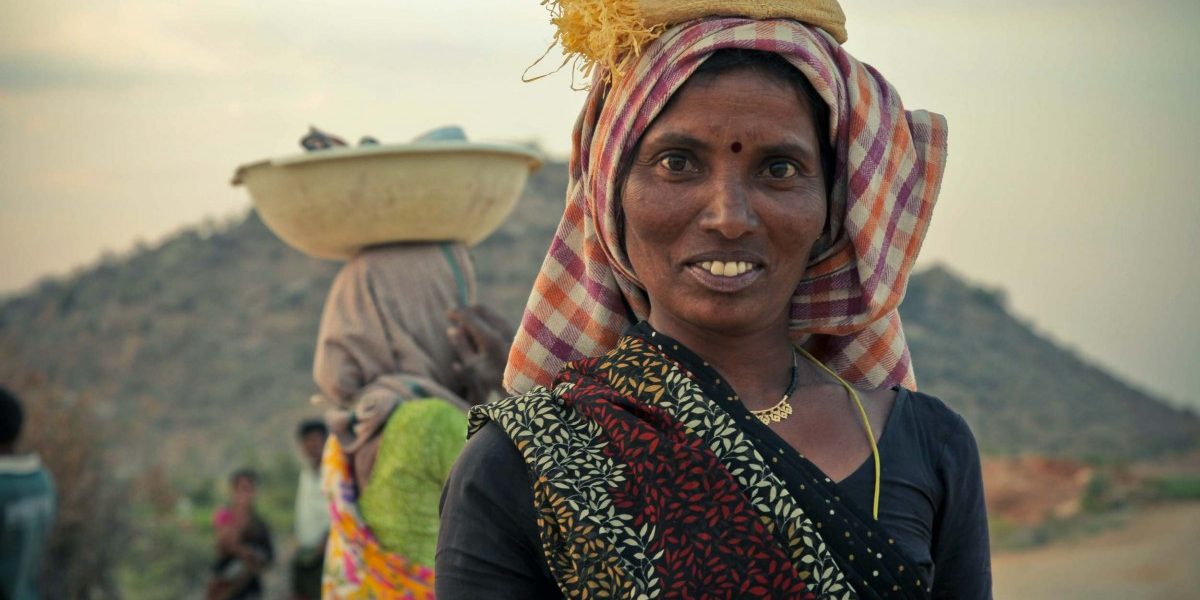 The recent release of the decennial NSS 77th round Situation Assessment of Agricultural Households (SAS) is a welcome development for agriculture and allied sectors. The detailed socio-economic data set provides insight into a farmer’s investment behaviour, level of indebtedness and income earned from various activities.

An analysis of these and other aspects of agriculture may actually provide meaningful insights for policy, which are required amidst the ongoing protest by the farmers and trade unions on the three controversial farm laws and also their discontent regarding low returns from farming.

The survey was conducted during the kharif and rabi seasons of 2018-19 to collect detailed information on various aspects of agricultural households.

The SAS 2012-13 adopted some changes in the sampling design, cost accounting and the definition of ‘farmer’, which makes comparison of crop income estimates with SAS 2002-03 slightly problematic unless we include households from SAS 2002-03 with an annual income from agriculture of at least Rs 1,345, or Rs 3,000 at 2013 prices and make other corrections.

Our focus is therefore on the estimates of income of cultivating households between SAS 2012-13 and SAS 2018-19.

In nominal prices, the average monthly income of agricultural households from all sources – wages, leasing out land, crop production, livestock and non-farm business – has increased from Rs 6,426 during 2012-13 to Rs 10,218 during 2018-19.

This may suggest an average annual increase in income at about 8% in nominal price and 6% in real price with base 2011-12. Like all averages, the status of agricultural income in the poorer states of India, mostly in the east, is hidden.

Also read: Why Is Delhi’s Middle Class Absent from the Farmers’ Protest at the City’s Borders?

The report reveals the monthly income of farmers to be the highest in agriculturally advanced states – Punjab and Haryana – and the lowest in relatively poorer states – Jharkhand, Bihar, Odisha, Madhya Pradesh and West Bengal.

In terms of annual rate of growth in nominal income, Bihar and Uttarakhand farmers have achieved a much higher growth at 13.34% and 19.3% in comparison to farmers in Jharkhand at 0.61%; Odisha at 0.45%, Punjab at 6.73% and other states averaged 8%. 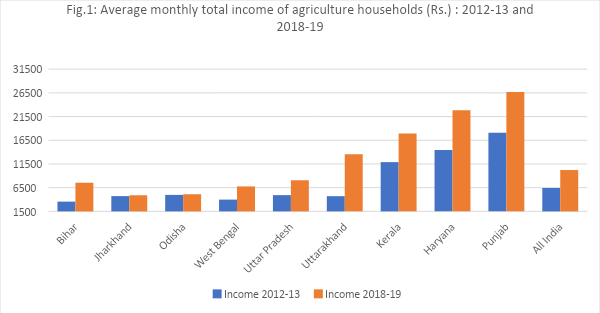 On an average, agricultural households earn 52.65% of their income from agriculture and allied activities, the share of crop production in total income being 37.17% and livestock 15.48%, respectively. The share of income from wages is almost 40% and the remaining 6.27% is from non-farm activities and 1.31% from leasing of land. Needless to say, the farmers from low per capita income states – Jharkhand, Bihar, Odisha, West Bengal and Uttar Pradesh – have a relatively higher share of income (more than 35%) from wages. Also, their dependence on livestock as a source of income is much higher, and clearly depicts hardships in their sustenance, solely on crop production.

The situation is quite vulnerable for the marginal (less <1 hectare) and small farmers (1-2 hectare of land) as their income is way behind that of the medium and large farmers. A finer categorisation of farmers as per the size of land holdings in Figure 2 reveals that the marginal farmers’ average monthly earning is barely Rs 9,099, an increase from Rs 4,600 in 2012-13. Their income has increased by 11.7% in nominal terms and 9.6% in real terms. Similarly, the small farmers have witnessed an increase in nominal income by 7.67% and in real income by only 5.65% per annum. 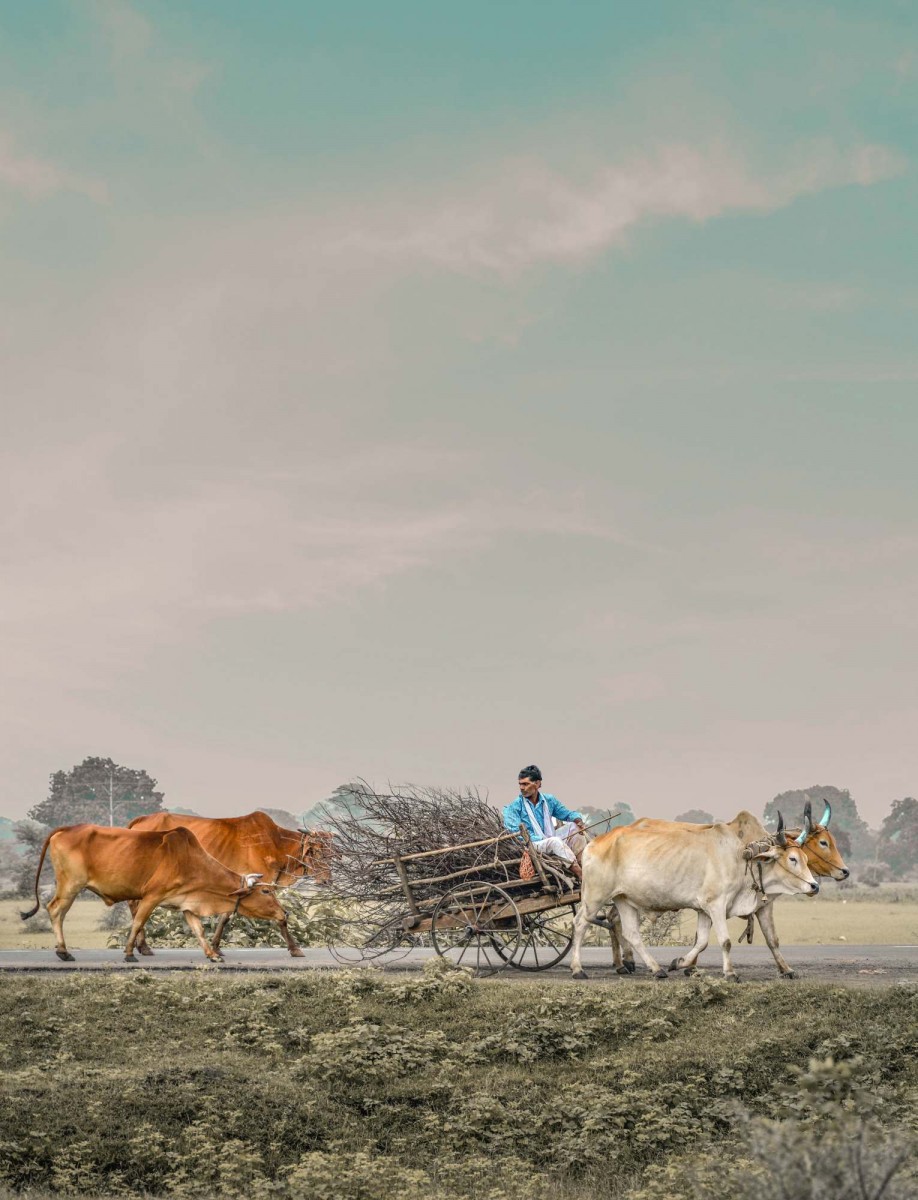 The annual rate of growth in real monthly income of the medium and large farmers is further lower at around 4% despite the fact that their incomes are much higher at Rs 28,292 and Rs 60,758 in comparison to the income of the marginal (Rs. 9,099) and small farmers (Rs.11,449) respectively.

At this pace, we feel that the government’s ambitious target of doubling farmers’ real income by 2022-23 (over the base 2015-16) is not likely to be achieved, though the data provides a 100% increase in the absolute income of farmers in Bihar and Uttarakhand (in both nominal and real prices).

A direct relationship between farm size and income levels at the national level can also make one negate the well-established theoretical premise about an inverse farm size and productivity relation. To confirm that ‘small may no more be beautiful’ requires revisiting this relationship with this new data set. Extending support as ‘small may no more be beautiful’

Recognising that 86% of the land holdings in India are about two hectares and may not be efficient in the use of inputs makes a clear case for extending higher support to them as compared to the large farmers. Mass migration from the poorer states explains the underlying distress in farm households. Income from wages and pension/remittance help in lessening the misery of the marginal and small farmers. For instance, in Odisha, the average farmers’ income was Rs 5,112 per month but those cultivating less than 0.01 hectare earned only Rs 1,062 per month. Surprisingly, their monthly income from pension/remittance was high at Rs 4,299, which is a matter of further research. It is likely that the households would have been hit much harder following the survey year, due to the COVID-19 pandemic and loss of income from wages.

The SAS 2018-19 is an extremely rich source of data to learn about the state of farmers across the states. It is a pointer for the government to have location-specific and farmer-specific policies that are suitably tailored to meet the challenges thrown by the data.

For instance, direct income support under the Prime Minister Kisan Samman Yojana (PM Kisan) was initially announced for small and marginal farmers only. After the parliamentary elections in 2019, an annual grant of Rs 6,000 was extended to all, irrespective of the size of holding. We feel that irrigation status of land or the status of procurement of crops at minimum support price (like wheat, paddy, sugarcane) should also have been considered for direct income support under the PM Kisan. Similarly, the whole idea of Jan Dhan, Mobile and Aadhaar trinity was to enable the government to better target its reach. Somehow, the PM Kisan ignored this objective. In Telangana, from kharif 2018, annual investment support of Rs 10,000 per acre is being provided by the state government to farmers under the Rythu Bandhu Scheme. This is disproportionately benefiting large land holders. Many of them would be absentee landlords.

Small and marginal farmers deserve a differential income support scheme which will provide higher support to them. Such a targeting is now possible using the database of PM Kisan and JAM trinity.

A faster updation of land records by each state can be useful in better targeting of direct support in the future. We also strongly advocate that the government should issue a farmer card to labourers and women farmers to make them avail the benefits under the income support and other schemes.