Why Won’t the US Supreme Court Do Anything About Racism?

The Supreme Court seems indifferent to the disproportionate imposition of the death penalty on racial minorities. 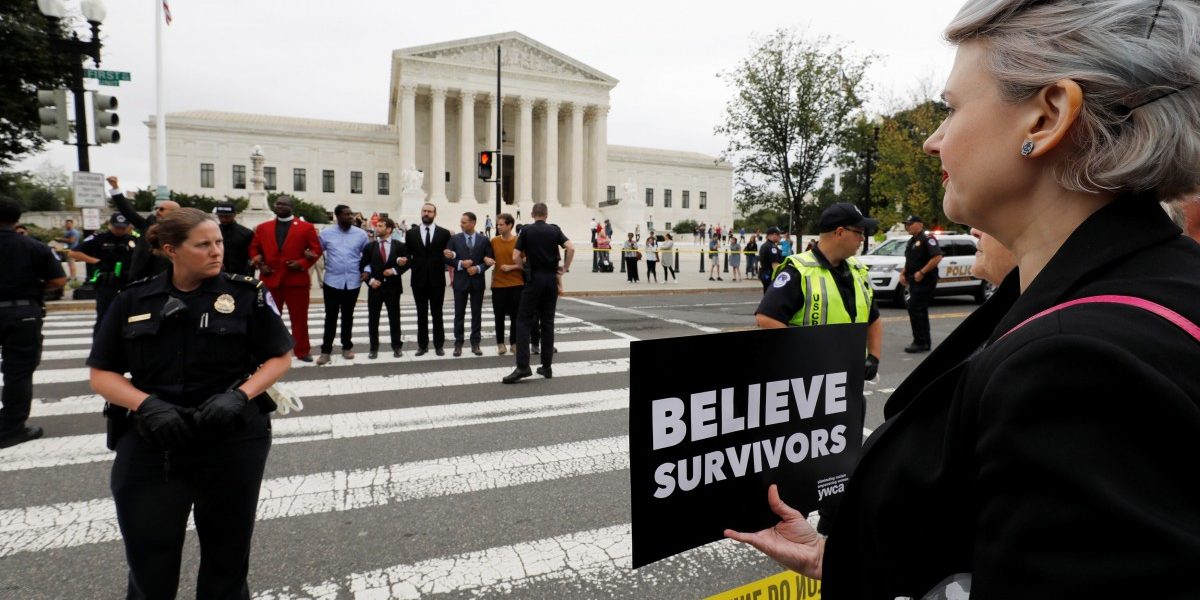 It took four years and the expulsion of the state attorney general before the trial against Van Dyke for first-degree murder resulted in convictions for the lesser crimes of second-degree murder and aggravated battery this October. Before the shooting, Van Dyke ranked among the worst 3% of officers in excessive force allegations, making him identifiable as a ‘problem officer’ even before he killed McDonald.

This case is remarkable not for the violence committed by a white police officer against an unarmed African American, but because it involved a rare instance of the United States’ legal system scrutinising a police shooting. The courts in the US have done little to intervene more generally in the mass surveillance, mass violence and mass incarceration affecting people of colour.

Racial division has always been the transcendent theme of American society. But with the proliferation of recording devices on every phone, there has been an explosion of videos showing police committing various acts of violence against minorities. Now the US is being forced to face the reality of police beatings, shootings, and police officers taunting people of colour whom they have stopped on the street with little justification.

Yet the US Supreme Court has refused to weigh in on these obvious racial discrepancies in the criminal justice system. Instead, it emphasises constitutional colourblindness, which allows it to avoid confronting the judiciary’s role in perpetuating racial discrimination in the US.

The Supreme Court has historically been viewed as a model for functioning constitutional democracies because of its power of judicial review, which enables it to act as an independent check on government. But even though the Court now expends roughly one-third of its docket on criminal justice cases, it consistently ducks the key challenges of discriminatory police stops and frisks, fatal police shootings, unconscionable plea deals, mass incarceration, racially disproportionate sentencing and disproportionate execution of racial minorities. For these reasons, we argue in a recent article in the UC Davis Law Review that the Supreme Court has made itself supremely irrelevant in several important ways.

The first involves the Court’s power to regulate police-civilian interactions. The most common interaction that members of the public have with the police is in short, nonvoluntary stops initiated by the police, requiring very low levels of suspicion. In New York City, between January 2004 and June 2012, police conducted 4.4 million of these stops. In Chicago during the same period, police conducted approximately four times as many stops. A lower court found that the New York Police Department was unconstitutionally targeting racial minorities: 91% of stops were of nonwhites, even though they make up only 67% of the city’s population. But a higher court reversed the decision to prevent the stops, which disproportionately subject young black and Latino men to the indignity of forced encounters, physical pat-downs and an alarming number of fatal police shootings.

Also Read: Photo Feature: US Confronts Racist Past With Memorial to Lynching Victims

Despite strong evidence that police disproportionately detain racial minorities, the US Supreme Court has said that it will not examine whether police target particular individuals based on their race, so long as the police can identify other, race-neutral facts that support their suspicions. Even highly subjective facts, such as a person’s ‘furtive behaviour’ or presence in a ‘high-crime neighbourhood’ will suffice. But the Court’s permissive attitude toward police stops has serious repercussions: it is often during these shortstops that fatal shootings and other violence between citizens and police occur.

Such violence ensues with strikingly higher frequency in the US than in other countries. One study estimated that in 2014 police in the US killed 458 people. In that same year, police in Germany killed eight people; in Britain, zero people; and in Japan, zero people. By failing to regulate police stops, the US Supreme Court is enabling this astonishing number of civilian deaths at the hands of police.

The Supreme Court also ignores the racial injustice playing out at later stages of the criminal justice process. The US is a global anomaly in its rate of imprisonment, with 2.3 million people in prison in 2017. That figure is 30% higher than the second-highest nation, China, despite the US having a significantly lower population. Per head of population, US imprisonment is four and a half times that of England and Wales, six times that of France, and nearly nine times that of Germany. In 2016, an additional 4.5 million people were on probation or parole in the US, meaning that approximately 6.6 million people were under correctional supervision during that year. This mass incarceration affects racial minorities disproportionately.

Blacks are incarcerated at more than five times the rate of whites nationwide, and at least ten times the rate in five states. Studies have shown that arrest records alone cannot explain why racial minorities are sentenced more frequently and more severely than whites. It is estimated that discrimination by prosecutors after arrest drives approximately 25% of sentences for racial minorities. Despite this evidence of systemic inequality, the US Supreme Court has had little to say about racially disproportionate mass incarceration.

Also Read: How the Use of Emoji on Islamophobic Facebook Pages Amplifies Racism

These issues are tearing at the fabric of US society, with protests blooming in response to videos of police shootings and evidence emerging of police and prosecutors targeting traditionally disadvantaged minorities. Yet the Supreme Court has little to say in the face of readily apparent racial disparities in the criminal justice system that it is meant to oversee.

The Court is abdicating its responsibility to regulate the US criminal justice system, hiding behind newly created ‘colourblind’ conservative doctrines that limit its own review of these undeniable social ills. And with the recent appointment of Brett Kavanaugh to secure a five-vote conservative majority, it might be decades before the Court’s criminal justice rulings offer meaningful protections to the people most impacted by that system. Meanwhile, people of colour are paying the price.