China has denied mistreatment of Uyghur Muslims and says the camps provide vocational training and are needed to fight extremism. 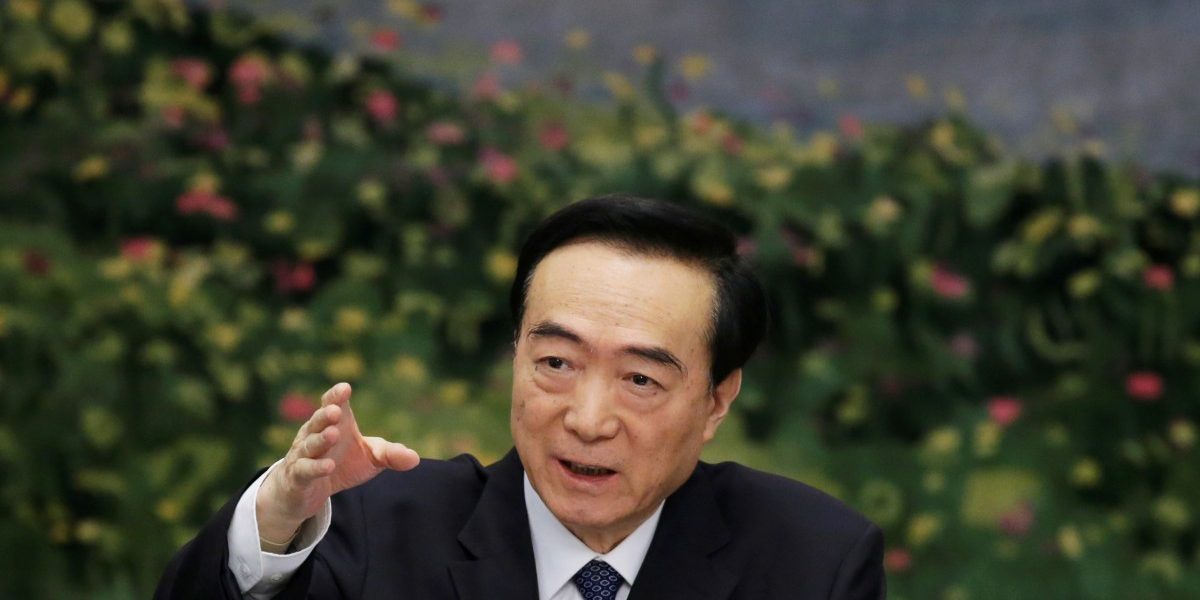 Chen Quanguo, Communist Party Secretary of Xinjiang Uyghur Autonomous Region, speaks at the meeting of Xinjiang delegation on the sidelines of the National People's Congress, at the Great Hall of the People in Beijing, China on March 12, 2019. Photo:Reuters/Jason Lee

Washington: The United States on Thursday imposed sanctions on the highest-ranking Chinese official yet targeted over alleged human rights abuses against the Uyghur Muslim minority, a move likely to further ratchet up tensions between Washington and Beijing.

A senior administration official who briefed reporters after the announcements described Chen as the highest-ranking Chinese official ever sanctioned by the United States.

The blacklisting is “no joke,” he said. “Not only in terms of symbolic and reputational effect, but it does have real meaning on a person’s ability to move around the world and conduct business.”

The Chinese embassy in Washington did not respond to a request for comment. But China has denied mistreatment of Uyghur Muslims and says the camps provide vocational training and are needed to fight extremism. 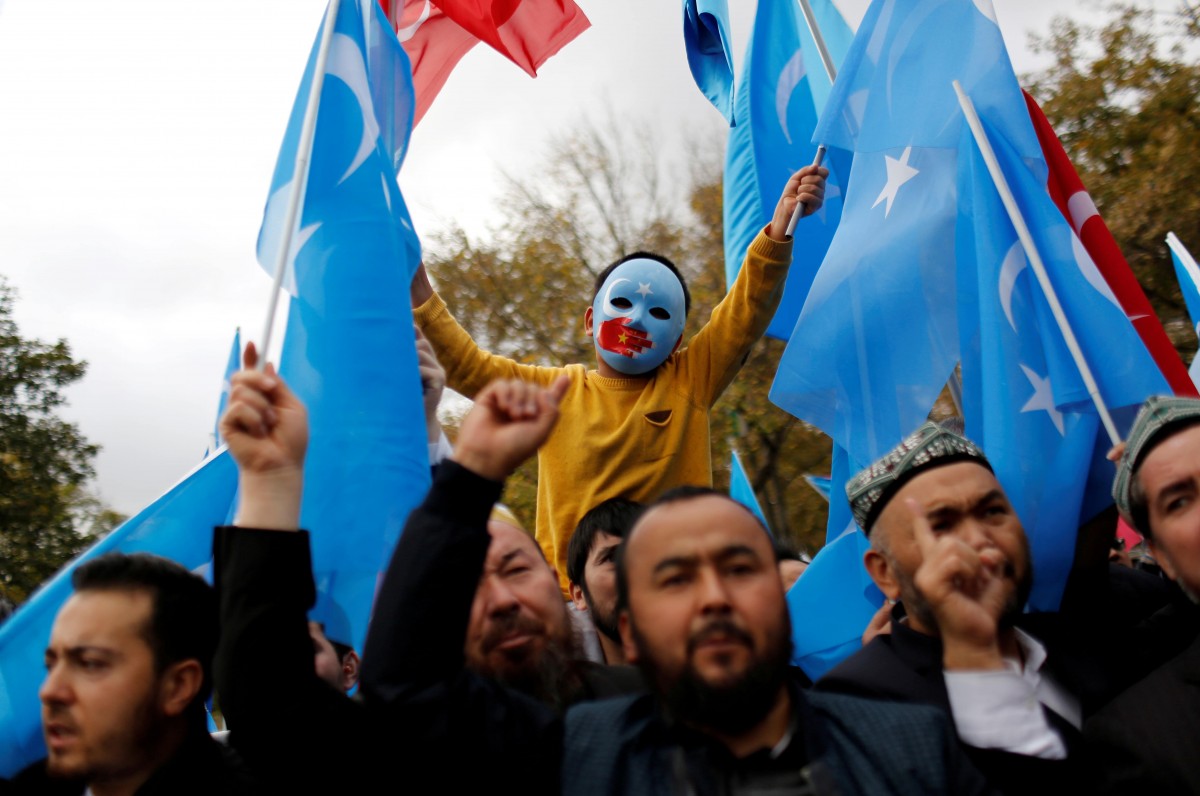 A masked Uyghur boy takes part in a protest against China, at the courtyard of Fatih Mosque, a common meeting place for pro-Islamist demonstrators in Istanbul, Turkey on November 6, 2018. Photo: Reuters/Murad Sezer

The sanctions were imposed under the Global Magnitsky Act, which allows the US government to target human rights violators worldwide by freezing any US assets, banning US travel and prohibiting Americans from doing business with them.

US Secretary of State Mike Pompeo said Washington was also barring Chen, Zhu, Wang and their immediate families, as well as other unnamed Chinese Communist Party officials, from travelling to the United States.

The main exile group the World Uyghur Congress welcomed the move and called for the European Union and other countries to follow suit.

US Republican Senator Marco Rubio, who sponsored legislation signed by US President Donald Trump in June that calls for sanctions over the repression of Uyghurs, told Reuters the move was “long overdue” and that more steps were needed.

“For far too long, Chinese officials have not been held accountable for committing atrocities that likely constitute crimes against humanity,” Rubio said.

The Associated Press reported last month that China was trying to slash birth rates amongst Uyghurs with forced birth control. China denounced the report as fabricated.

Trump said in an interview last month he had held off on tougher sanctions on China over Uyghur human rights due to concerns such measures would have interfered in trade negotiations with Beijing.

Treasury Secretary Steven Mnuchin had also raised objections to the Treasury sanctions, especially against a Politburo member, out of concerns they could further damage US-China relations, according to a person familiar with the matter.

“The United States is committed to using the full breadth of its financial powers to hold human rights abusers accountable in Xinjiang and across the world,” Mnuchin said in a statement.

Peter Harrell, a former US official and sanctions expert at the Center for a New American Security, said Thursday’s move may signal a continued shift by the Trump administration of “paying more attention to human rights abuses in China … after several years of relative neglect.”

Chen made his mark swiftly after taking the top post in Xinjiang in 2016 when mass “anti-terror” rallies were held in the region’s largest cities involving tens of thousands of paramilitary troops and police. He is widely considered the senior official responsible for the security crackdown in Xinjiang.

United Nations experts and activists estimate more than a million Muslims have been detained in camps in the Xinjiang region.