The past year has stood for the exposure of the fundamental contours of a capitalist democracy that relies on state-welfare for big corporations. 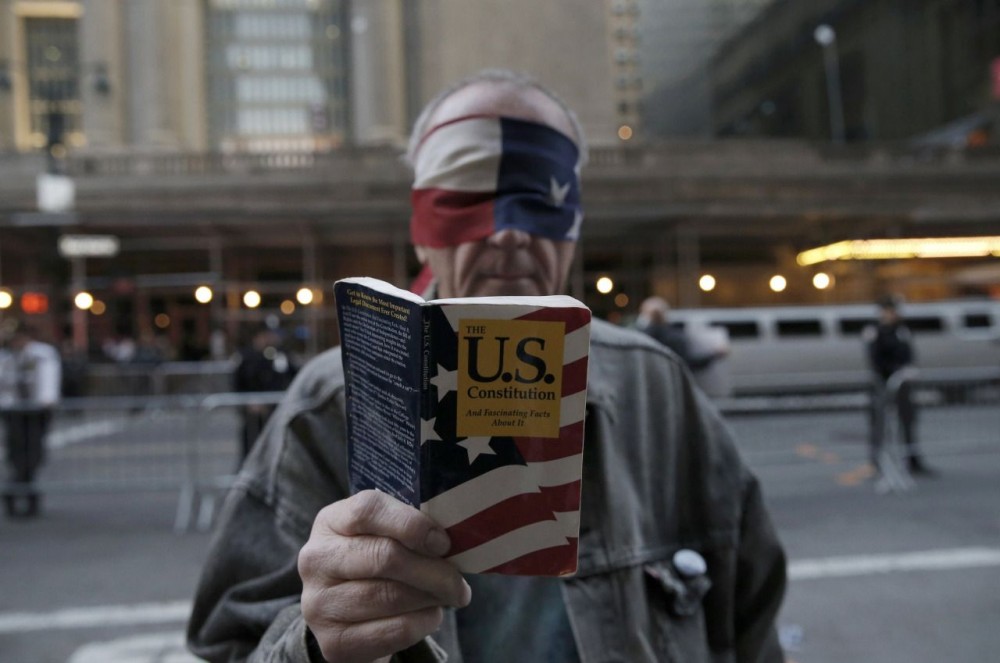 For many, 2016 has seen a turn for the worse in American politics, mainly due to the victory of Republican President-elect Donald Trump.

But here’s some feel-good news on which to end the year, an alternative interpretation of the events and processes in 2016, providing hope and encouragement for better things to come. To be sure, the world has changed, turned some kind of corner and placed us in dimly-charted territory.

But some things are clearer:

Wall Street lost the presidential election. Conservative ideology lost out to massive demands for bigger government for the people and heavier taxation of the corporate class and the very rich. The American establishment, it’s billionaire class, was, and is, on the ropes – its principal candidate, Hillary Clinton, was found guilty by the American electorate of standing for the status quo among other ‘crimes and misdemeanours’. A self-declared socialist won over 13 million votes in the primaries and is building a progressive campaign to change the US by inaugurating a new post-partisan politics.

Millions voted for candidates who demanded the US step back from its global policeman role and reduce its military footprint. Its post-1945 global military and other alliances were challenged and questioned and its Middle Eastern wars denounced, especially the illegal invasion and occupation of Iraq. The US’s ineffectiveness and role in fighting the so-called ISIS was brought into public debate. The very grounds of the Pax Americana were interrogated for the first time by one of the main contenders for the presidency.

Protests over the election of Trump criss-crossed the nation and funds began flowing in their millions to campaigns against intolerance, hate crimes and xenophobia. The politics of progressivism has taken a huge leap forward. It looks like it’s going to continue to do so. At the local level, where ordinary Americans actually live, millions voted to raise the minimum wage in many states. US politics has been changed for the better in 2016 and 2017 is likely to be even better.

In Britain, leftist leader Jeremy Corbyn was returned to lead the Labour party by an even larger margin than in September 2015, damaging the campaign of Blairites and their ilk to return the party to the failed policies of austerity, mimicking the Tories draconian attacks on working and middle class people.

The long-awaited Chilcot Report into the Iraq War provided a damning indictment of the leadership of Tony Blair and the doctoring of intelligence to support a prior commitment to wage illegal aggression on Saddam Hussein’s regime and the ordinary people of Iraq, killing hundreds of thousands in the process, displacing millions, and opening up a fertile space for the rise of ISIS. “Never again” was the principal message from that report, echoed across Britain, Europe and the US. No more neo-colonial wars was the rallying call of groups like ‘Stop The War’ and the families of soldiers killed in illegal conflict.

In Austria, the Green candidate Alexander Van der Bellen defeated the hard right’s Norbert Hofer decisively and helped stem the tide on the populist right movement across Europe. In Germany, millions supported taking in a million refugees fleeing oppression, hunger and war in Africa and the Middle east.  The nuclear agreement with Iran remains intact and avoided a (nother) major war in the region, and ISIS suffered major setbacks and defeats in its bid for a so-called caliphate in Iraq and Syria.

In Italy, millions voted against the centralisation of power and a further erosion of popular sovereignty. The left remains strong in Spain and in Greece.

All over the world, ordinary people’s voices are being heard and making a difference. New forms of campaigning are taking off using digital platforms and social media designed by corporations that collaborate with powerful states to curb freedoms.

Julian Assange’s Wikileaks goes from strength to strength, exposing the corruptions of the corporate class and its political allies; Edward Snowden remains in exile, but free to critique the surveillance powers of the American state.

Senator Bernie Sanders has not stopped campaigning, nor have his millions of supporters. His various organisations are fighting to change American politics and wrest it back from the clutches of big corporations.

Brand New Congress will stand over 400 candidates for congress in the 2018 mid-terms; candidates will be drawn from outside the established political class and from any movement that rejects the established order, whether they be from the Tea party or Occupy Wall Street. They just need to be people who have serve the community well and place the collective interest above their individual interests. BNC is well on its way to selecting candidates for election and is raising large amounts from numerous small donations from ordinary people – just as Sanders crowd-sourced his own election campaign.

The Sanders Institute has begun ideological work to initiate study, analysis and discussion of the roots of inequality and what might be done about it.

Our Revolution – Sanders’ campaign at local level America – wants to bring ordinary people into local government and school boards and so on to change politics from the grass roots.

This is what 2016 stands for and should be remembered for: the exposure of the fundamental contours of a capitalist democracy that relies on state welfare for big corporations and corrodes democracy from within and without. For all their money, they still lost the election.

And that’s why elite candidates have to pretend to a politics of anti-elitism to get anywhere, why Trump could only win because he, rhetorically, socked it to the establishment. And it explains why Sanders got as many votes in the primaries as did Trump and why his new post-partisan politics threatens to challenge the corporate culture and colonisation of American government.

The American people showed they would not stand for more elite politics and narrow economic agendas of the hard right. A great foundation upon which the politics of the next decade is to be built.

One could quote some inspiring liberals at this point but a socialist who saw through the subterfuge and rhetoric of elite demagoguery is more appropriate: Eugene Debs, who despite all the odds fought against imperial war and for socialism a century ago. His analysis of the two main American political parties is as true today, and thoroughly exposed as such in the 2016 elections, as it was a century ago: “The Republican and Democratic parties are alike capitalist parties — differing only in being committed to different sets of capitalist interests — they have the same principles under varying colors, are equally corrupt and are one in their subservience to capital and their hostility to labor.”

And he condemned the poverty of the many and wealth of the few: in a land of great resources, he argues, and willing workers, want was the result not of God or nature “but it is due entirely to the outgrown social system in which we live that ought to be abolished not only in the interest of the toiling masses but in the higher interest of all humanity”.

2016 showed that the majority of Americans have had enough of capitalist elites who care not a jot for the interests of Americans let alone for the very planet itself.

As Bernie Sanders declared: “Let us wage a moral and political war against the billionaires and corporate leaders, on Wall Street and elsewhere, whose policies and greed are destroying the middle class of America.”

Inderjeet Parmar is a professor of international politics at City, University of London, and a columnist at The Wire. His twitter handle is @USEmpire.