US Midterms: Republican Party Win Majority in House of Representatives

The final call from the Associated Press came after more than a week of ballot counting, with Republicans securing the 218th seat required to gain control of the House. 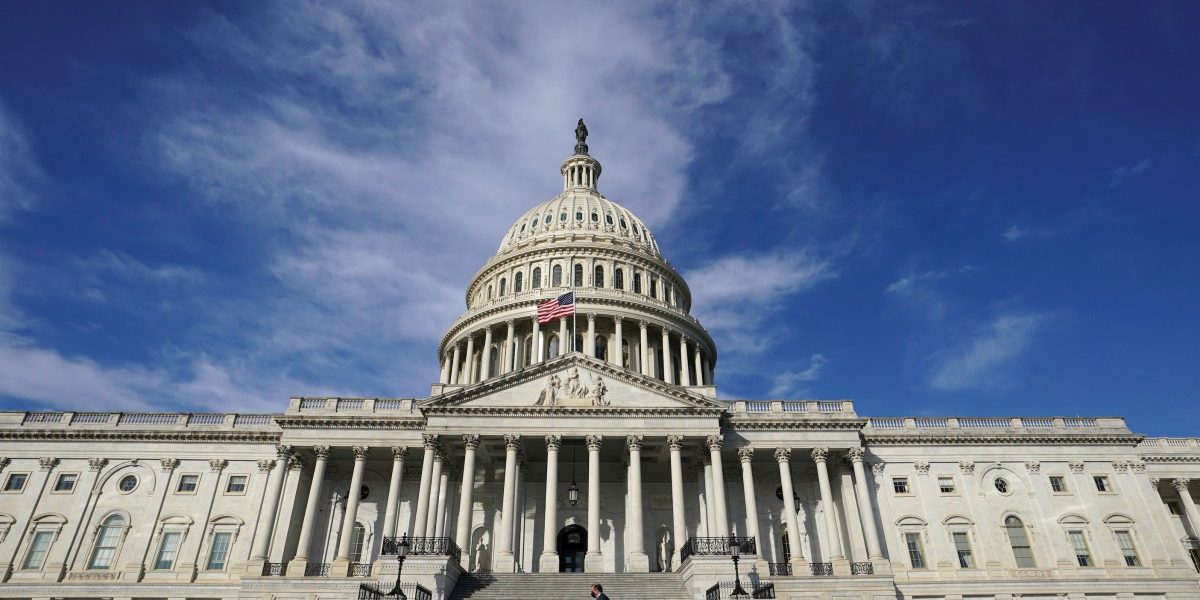 A man makes his way past the US Capitol on the day the House of Representatives is expected to vote on legislation to provide $1.9 trillion in new coronavirus relief in Washington, US, February 26, 2021. Photo: Reuters/Kevin Lamarque

The Republican Party have won a majority of seats in the US House of Representatives, after results from crucial midterm elections were tallied on Thursday.

The final call from the Associated Press came after more than a week of ballot counting, with Republicans securing the 218th seat required to gain control of the House.

The result returns the conservative party to power in Washington, allowing them to resist Biden’s agenda and start a flurry of investigations. President Joe Biden’s Democrats will now be relegated to the minority in the lower chamber of US Congress.

The House will now have to determine who will serve as the speaker. California Republican Kevin McCarthy has the backing of a majority of his caucus to run for the powerful position to succeed Nancy Pelosi., but underwhelming party performance may dampen his party’s ability to rule.

US President Joe Biden said in a statement issued by the White House, that “last weeks elections demonstrated the strength and resilience of American democracy,” and added that “There was a strong rejection of election deniers, political violence, and intimidation.”

“I congratulate Leader McCarthy on Republicans winning the House majority, and am ready to work with House Republicans to deliver results for working families,” Biden said after news of the Republican victory became known.

“I will work with anyone — Republican or Democrat — willing to work with me to deliver results for the American people,” Biden added.

The news comes a day after former President Donald Trump announced he would make a new run for the White House in 2024.