US Lawmakers Tlaib and Omar Barred From Visiting Israel

Sources said that Israel backtracked due to pressure from US President Donald Trump.

Jerusalem/Washington: Prime Minister Benjamin Netanyahu on Thursday barred US Democratic congresswomen Rashida Tlaib and Ilhan Omar from making a planned trip to Israel, shortly after US President Donald Trump called on his ally not to let them in.

Tlaib and Omar, the first two Muslim women elected to Congress, are members of their party’s progressive wing and sharp critics both of Trump and of Israel‘s policy toward Palestinians.

The moves, which were immediately condemned by many Democratic leaders in the US as well as Palestinians, could help whip up support among Trump and Netanyahu’s conservative voter bases as they head into election campaigns.

Israel holds a national election on September 17 and Trump faces re-election in November 2020.

Tlaib and Omar have voiced support for the pro-Palestinian Boycott, Divestment, Sanctions (BDS) movement over Israel‘s policies toward Palestinians in the West Bank and Gaza Strip. Under Israeli law, BDS backers can be denied entry to Israel.

Omar called Thursday’s decision an “affront” and “an insult to democratic values.”

Israel had initially chosen to allow the visit. A source who took part in consultations Netanyahu held with cabinet members and advisers on Wednesday told Reuters that Israel backtracked due to pressure from Trump. The pressure was reported by the Axios news site on Saturday but denied by the White House.

“In a discussion held two weeks ago all the officials were in favour of letting them in but, after Trump‘s pressure, they reversed the decision,” the source said, speaking on condition of anonymity.

In a tweet on Thursday, Trump wrote: “It would show great weakness if Israel allowed Rep. Omar and Rep. Tlaib to visit … They are a disgrace!”

Asked if he had spoken to Netanyahu about the planned visit, Trump told reporters: “I don’t want to comment about who I spoke to, but I think my social media statement pretty well speaks for itself.”

“But I did speak to people over there,” he added.

Trump‘s request appeared to contravene a US government policy that says the US seeks “equal treatment and freedom to travel” for all US citizens regardless of ethnicity. It says those denied entry should be given a written explanation by Israel.

Trump has in recent months accused Tlaib, Omar and two other first-term Democratic congresswomen of colour of hostility to Israel in a barrage condemned by critics as racist and widely seen as a way to drum up votes for 2020.

Omar is a favourite target. At a recent rally in North Carolina, supporters chanted “send her back” after Trump falsely accused her of supporting al Qaeda.

The 37-year-old lawmaker who represents a Minnesota congressional district immigrated to the US from Somalia as a child. US-born Tlaib, 43, has roots in the West Bank.

Omar has been criticised for statements critical of Israel, including a 2012 tweet referring to the country’s “evil doings” and a tweet this year saying that support for Israel is all about money. Omar has apologised for such statements.

Israel‘s ambassador in the US, Ron Dermer, had said last month that Tlaib and Omar would be let in, out of respect for the US Congress and the US–Israeli relationship.

Jeremy Ben-Ami, president of the liberal Jewish advocacy group J Street, said Trump‘s strategy was about appealing to his conservative base, which includes evangelicals hawkish on Israel.

“This not a strategy that is primarily aimed at the Jewish community,” Ben-Ami said. “It’s become another culture war issue.” 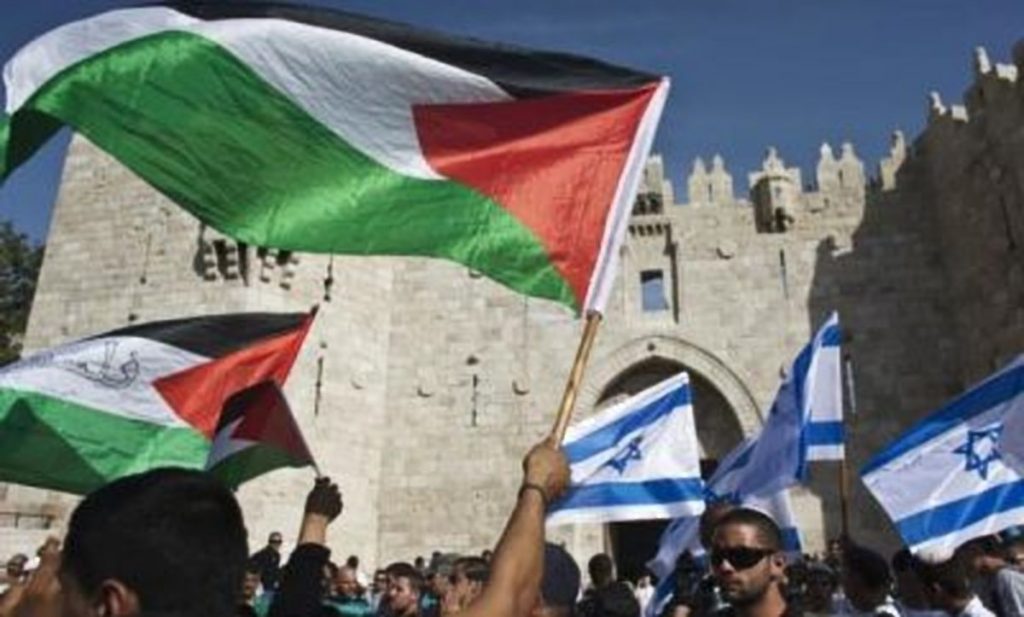 No date had been formally announced for the congresswomen’s trip, but sources familiar with the planning said it could begin over the weekend. They had planned to tour East Jerusalem and the occupied West Bank, territories Israel captured in the 1967 Middle East war, which Palestinians want for a state.

Netanyahu said that Israel had the utmost respect for Congress but that Tlaib and Omar were promoting legislation calling for boycotts against Israel.

“Only a few days ago, we received their itinerary for their visit in Israel, which revealed that they planned a visit whose sole objective is to strengthen the boycott against us and deny Israel’s legitimacy,” Netanyahu said.

Netanyahu could easily feel he owes Trump a favour after some of the US president’s decisions, such as recognising Israel‘s sovereignty over the Golan Heights, withdrawing from the Iran nuclear accord and moving the US embassy from Tel Aviv to Jerusalem.

However, denying entry to elected US officials was likely to further strain relations between Netanyahu, who has highlighted his close ties with Trump in his current re-election campaign, and the Democratic leadership in Congress.

“Israel doesn’t advance its case as a tolerant democracy or unwavering US ally by barring elected members of Congress from visiting because of their political views. This would be a shameful, unprecedented move,” Democratic presidential hopeful and US Senator Elizabeth Warren said on Twitter.

US Senator Chuck Schumer, the Senate’s top Democrat, said in a statement: “Denying entry to members of the United States Congress is a sign of weakness, not strength. It will only hurt the US–Israeli relationship and support for Israel in America.”

Hanan Ashrawi, a senior Palestinian official with the Palestine Liberation Organisation and founder of Miftah, a West Bank-based nongovernmental organisation that is co-sponsoring the trip, called the decision to block it “an affront to the American people and their representatives.”

“This ban is a clear case of discrimination and hostility based on political views and ethnic background, deserving of moral indignation and unequivocal condemnation in Palestine and the United States,” Ashrawi said in a statement.

The Palestinians have broken off diplomatic ties with the Trump administration over what they see as its heavily pro-Israel bias.

Tlaib’s grandmother and extended family live in the Palestinian village of Beit Ur Al-Fauqa.

Netanyahu said that if Tlaib submitted a request to visit family on humanitarian grounds, Israel would consider it as long as she promised not to promote a boycott against Israel.