Eliot Engel said he is concerned by reports that the Indian government is targeting journalists who criticise its handling of COVID-19. 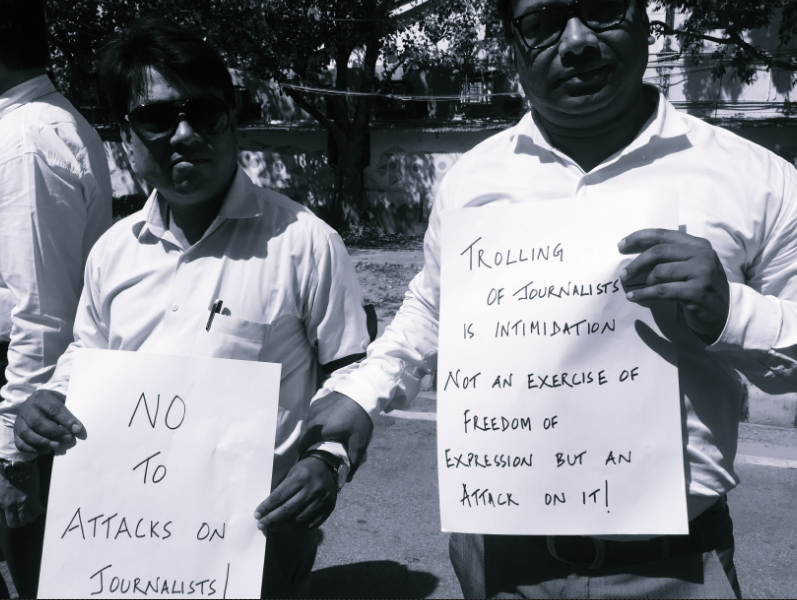 New Delhi: The chairman of the US Congress’s House Foreign Affairs Committee Eliot Engel on Friday expressed concern that the Indian government was targeting journalists for critical coverage of the handling of the COVID-19 pandemic.

“I’m concerned by reports of the Indian gov’t targeting journalists who criticize its handling of #COVID19. While fighting the pandemic, we must not forget values—including #FreePress—that are fundamental to a democratic society,” posted HFAC, attributing the words to Democrat Congressman Engel.

Chair @RepEliotEngel: I’m concerned by reports of the Indian gov’t targeting journalists who criticize its handling of #COVID19.

While fighting the pandemic, we must not forget values—including #FreePress—that are fundamental to a democratic society.https://t.co/031aKhVMXJ

The post also linked to an article published by The Guardian which noted that more than 50 Indian journalists have been arrested or had police complaints registered against them, or been physically assaulted over COVID-19 reporting.

Engel will not stand for elections, scheduled to be held in November, after he lost the Democratic party’s primary to liberal Black former middle-school principal Jamaal Bowman. Engel was first elected to the congressional seat representing parts of New York City since his first election in 1988.

In mid-June, a think-tank based in Delhi had collated cases of 55 journalists who had “faced arrest, registration of FIRs, summons or show cause notices, physical assaults, alleged destruction of properties and threats” for reporting on COVID-19 or “exercising freedom of opinion and expression during the national lockdown between March 25 and May 31, 2020.”

It cited the case of Om Sharma, a journalist from Himachal Pradesh’s Baddi town, who had multiple first information reports (FIRs) filed against him for going live on Facebook for a report on migrant labourers protesting on the roadside. One of the cases filed against him was for sharing a report from another Hindi newspaper on his Facebook account.

As soon as the shutdown was announced in late March, there had been a massive exodus of migrant workers from the big cities to their home towns. With all transport links broken, most of them were walked hundreds of kilometres, sometimes with women and children and their meagre resources.

On June 3, UN high commissioner for human rights Michelle Bachelet had warned that laws on “fake news” and online media were being used by countries to curb “legitimate speech, especially public debate, criticism of government policy and suppress freedom of expression” during the COVID-19 crisis. She cited reports of suppression of journalists in 12 countries in Asia, including India.

“While Governments may have a legitimate interest in controlling the spread of misinformation in a volatile and sensitive context, this must be proportionate and protect freedom of expression,” Bachelet asserted.

The UN human rights chief had given the example of the Mumbai police’s gag order prohibiting “any person inciting mistrust towards government functionaries and their actions taken in order to prevent spread of the COVID- 19 virus and thereby causing danger to human health or safety or a disturbance to the public tranquillity”. She also noted that “several journalists and at least one doctor have been charged for their public criticism of the authorities’ response to the COVID-19” in India.

Two days later, eight of these countries, including India, wrote a joint statement that the UN human rights chief should be playing “a responsible role” that “adds rather than detracts” from the governments’ “primary focus” of combating the pandemic.

The measures, the statement said, were carried out with due process of law, “while also safeguarding the freedom of expression, with the aim of curbing falsehoods that have harmed or have the potential to harm all sectors of society during this pandemic”.