US Navy: Moving Forward by Going Back to Buccaneering?

Commerce-raiding or attacking merchant ships using non-state actors is now being reintroduced into the naval lexicon as the best way to negate Chinese maritime power.

The USS Kearsarge and the USS Bainbridge sail in the Arabian Sea May 17, 2019. Photo:Handout via Reuters 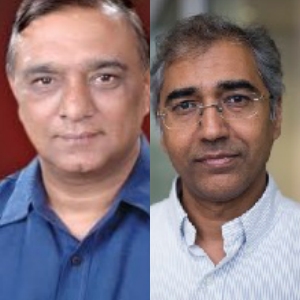 The Trump administration’s Cold War-style “whole-of-society” approach to a constructed “China threat” appears to know no bounds. Having weaponised trade through tariffs, defunded and withdrawn from the “China-centred” World Health Organization, and threatened China with sanctions over its new national security law in Hong Kong, some leading naval analysts are mulling a return to old-fashioned piracy on the high seas to restore order. That is, to put China in its place, by licensing privateers to plunder China’s massive merchant marine.

China, it seems, is the only question in US and world politics today so far as the Trump administration and its most vocal cheerleaders are concerned. While the ‘rise of China’ has concerned previous administrations of both parties, the Trump administration’s obsession with the matter is palpable, especially in an election year in which over 100,000 Americans have died because of the coronavirus, over 40 million rendered unemployed and nationwide protests against police violence are taking place.

Trump is presiding over what increasingly appears to be an illegitimate, failing state, whose moral authority is sinking and whose leadership and institutions have been deconstructed by design over decades.

A Cold War type existential external threat is being conjured up by the Trump administration and its hawkish allies such as Frank Gaffney and Stephen Bannon’s recently-resurrected “Committee on the Present Danger: China”. This is to distract attention from glaring problems and crises that are homegrown and rooted in a failing political-economic model that places corporate interests and profit-making front and centre. In administration policy briefs and documents, this is frequently referred to as “protecting a free and open rules-based international order” against China’s malign influence.

There is no hint of irony in this oft-repeated mantra, even as the Trump administration itself systematically undermines international institutions and international law.

The US Navy has ruled the waves, and waived the rules, since the Second World War. No other power came anywhere close to challenging it. But the Chinese miracle has catapulted its naval forces, by some, albeit crude, measures, to international status.

Paradoxically, continental China is now a significant maritime power, with more than 300 warships and a merchant fleet of over 4,000 vessels. In sharp contrast, the US Navy force levels are stuck at 295 warships, while only 246 merchant ships fly the US flag. The Chinese Navy has more ships, or hulls, than the navies of the UK, India, Germany and Spain, combined.

Also read: China’s Coming of Age as a Maritime Power

Yet, mere hulls do not tell the whole story. The US navy retains fundamental advantages over China’s. In sheer tonnage, the US force is three times greater. The US has 11 nuclear-powered aircraft carriers, China’s carrier strength is two, both conventionally powered. The US’s are globally deployed, while China’s is largely for coastal defence operations. It is decades away from coming close to challenging the US on the high seas.

America, the sole sea-faring world superpower, appears to be indulging in one of its regular bouts of hand-wringing, even paranoia, over its relative decline and what to do about it. The stress is apparent in ongoing debates in US elite naval circles, where some strategists suggest that the best way to negate China’s maritime strength is to attack its merchant ships at sea using non-state actors. Yes, you read that correctly. This is a call for open piracy, a legally-tenuous solution to face a purportedly enormous threat which should “limit the salience of law”. Decoded, it means international law may be set aside when the US says so.

The very viability of the century-old US naval strategy of maintaining order at sea, the “freedom of the seas”, protecting the sea lanes of communication for trade to flourish, is being questioned. Commerce-raiding on the high seas – a strategy dismissed by top US naval strategists like Alfred Thayer Mahan and Julian Corbett – is being reintroduced into the naval lexicon. The naval agenda would appear to be shifting in line with the US’s totalised approach to rolling back and subordinating China’s great power status.

Guerrilla warfare on the high seas

This revisionism in naval thought rests on the ‘strategy of the weak’, starkly expressed in two articles published in the April issue of Proceedings, the US Naval Institute’s monthly magazine, whose “Vision” is to give a “voice to those who seek the finest [US] Navy, Marine Corps, and Coast Guard”. It is the publication of record of the naval-military establishment, having served its active duty and retired readers since 1874. The magazine articles conclude that the US Navy should be directly involved in the trade war with China by employing ‘licensed pirates’ to target and plunder Chinese merchant ships and their cargoes at sea.

In “Unleash the Privateers!”, Brandon Schwartz, a former media relations manager of the influential Washington, DC, think tank, the Center for Strategic and International Studies (CSIS), and retired Marine Corps Colonel Mark Cancian (senior adviser at CSIS), make a radical recommendation. Rather than using the more time-consuming but legal option of confronting Chinese defences using state-owned naval forces, Congress, which is constitutionally-mandated (by Article 1, section 8, clause 11) to issue ‘letters of marque’ to civilian ship-owners, should provide legal cover to capture, destroy, or loot, Chinese merchant ships and bring the booty home for sharing with the government.

A “letter of marque” is effectively permission to any so authorised private ship to arm itself and to commit piracy. Irregular warfare, the weapon of the weak, is now being promoted as an increasingly attractive strategy of the world’s most powerful navy.

The second article’s title is so unconsciously Orwellian it may as well have been “Crime is Legal”. In fact, in  “US Privateering Is Legal,” Schwartz adds that according to the 1977 Additional Protocol I (AP I) of the Geneva Conventions, privateers cannot be labelled “mercenaries” so long as they are a national of a party to a conflict or a resident of territory controlled by a party to the conflict. 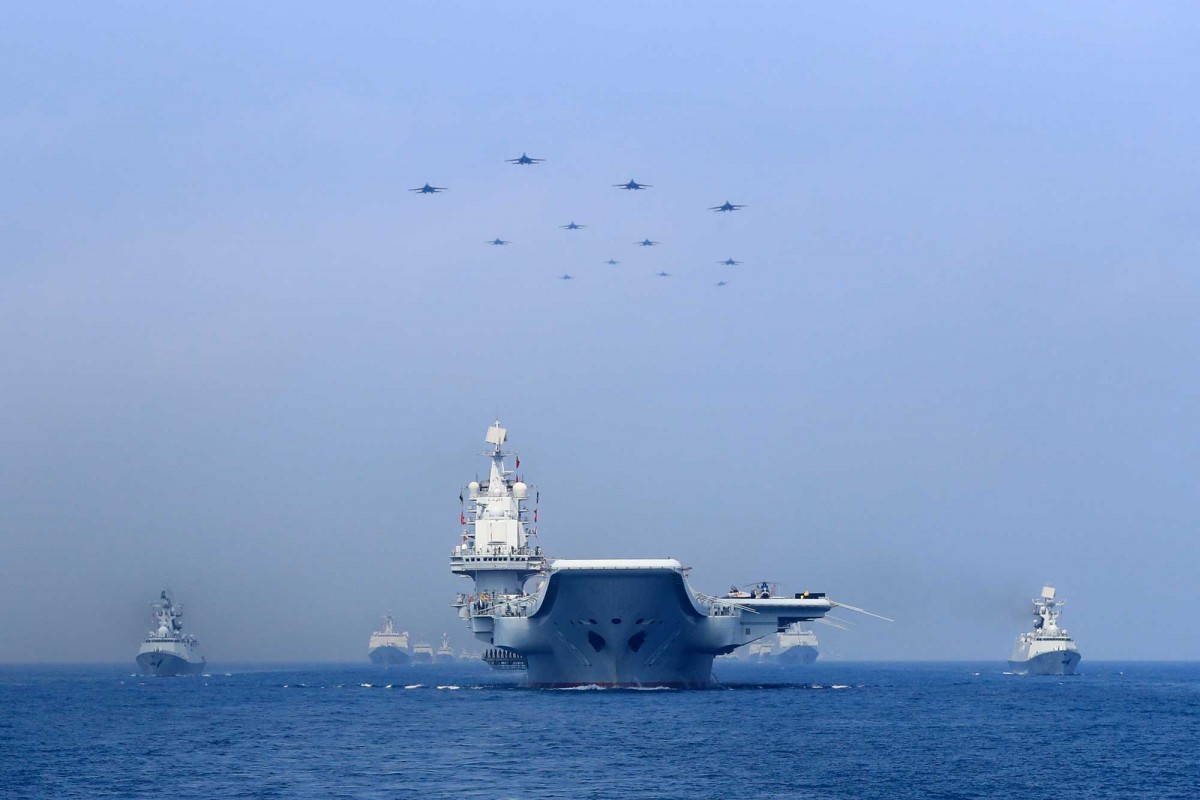 Yet, The International Convention against the Recruitment, Use, Financing and Training of Mercenaries 2001, as ratified by 35 countries (except the UK, US, Russia, and China), shows that there is hardly any distinction between a privateer and a mercenary. Both are motivated to indulge in hostilities by the desire for private gain.  In addition, a ‘Letter of Marque” is a gross violation of the principles of natural justice under customary international law, besides being a violation of the international law on the use of force.

Privateering, however, is not limited to war-time, because it becomes applicable in situations when a particular part of an ocean is declared a hostile zone. For example, when sanctions are imposed on another state, such as Iran or North Korea, the surrounding waters become a war-zone where privateers can attack trade.

Recruiting privateers to overthrow governments is against international law under a 1977 UN Security Council resolution that rejects the recruitment of mercenaries with the objective of overthrowing governments of the member states of the United Nations.

Sailing boldly back into the past: The return of East India Company

The state-licensed raiding of commercial vessels was a popular business from 1689 to 1815. However, as international maritime trade picked up momentum, increased costs dissuaded merchants from arming their ships. But as “trade followed the flag”, and vice versa, privateering declined with the rise of the naval power of the British state. This was also the time when India witnessed a violent transfer of power from the East India Company to the Crown.

Privatised combat at sea and re-introducing guerrilla warfare on the high seas is a recipe for anarchy. However, despite past experience and legal constraints, private navies may gain legitimacy because the Anglo-American world appears set on their re-introduction. The ‘War on Terror’ – especially the Afghan and Iraq Wars – re-energised private military companies (PMCs) into the battlespace to provide logistical support and repair services for weapons. The elevation of PMCs to combat roles would complete the process of “mecenarisation” of the profession of arms.

America is not alone in privatising war. The Russians actively use the Wagner Private Military Company in Syria, a formally private entity with very close links with the state. But it provides sufficient distance to permit “plausible deniability” to President Putin.

Erik Prince, the founder of one the most notorious PMCs, Blackwater (rebranded as Academi) has openly proposed that the US government restructure the war in Afghanistan by withdrawing the US national military completely and handing over operations to his company. In an interview, Prince pointed to the East India Company during British colonisation as a source of emulation for US policy in Afghanistan. In an op-ed in USA Today, Prince wrote, “This approach would cost less than 20% of the $48 billion being spent in Afghanistan this year.”

Prince is the brother of the secretary of education, Betsy DeVos. Betsy is married to former Amway CEO Dick DeVos. The DeVos clan is one of the biggest sponsors of conservative think-tanks, which includes the American Enterprise Institute.

Prince’s pronouncements are to be taken seriously and one needs to look at the long-term consequences of such a move on world order. How the East India Company, a corporate entity acting under the guise of ‘delegated sovereignty’, metamorphosed into a colonising power forms an important part of India’s historical experience. And the explosion of violence that caused the Company’s demise should also be remembered.

American conservatives cherish a minimal state, promoting privatisation as and when required. The corporatisation of combat is the next big step towards handing over one of the key functions entrusted to the nation-state. The paleo-conservatives currently dominating the political-intellectual space in America seek to redeem such backward-looking ideas. J. Michael Waller, at the Center for Security Policy (CSP), for example, has proposed that Congress issue letters of marque and reprisal to private American entities to make the CCP (Communist Party of China) “pay” for the global pandemic, and share the (ensuing) wealth with the American taxpayer.

The CSP is an influential conservative think-tank led by Frank Gaffney. Gaffney along with Steve Bannon, former Trump 2016 election campaign CEO, and White House chief strategist, is leading the diplomatic onslaught against China through the Committee on the Present Danger – China (CPD-C) an ultra-hawkish advocacy group

The 21st century Trump political agenda, obsessed with China’s apparently overwhelming threat, is attempting to reinstate pre-modern practices to subordinate its rivals. It is driven as much by elections, as by ideology and nostalgia for a bygone age when China knew its place. It is rhetorically justified by claims to defend the rule of law and international order while its plans and actions challenge the order’s very essence.

Dr Atul Bhardwaj is a former naval officer and currently an honorary research fellow at the Department of International Politics, City, University of London. Inderjeet Parmar is professor of international politics at City, University of London, a visiting professor at LSE IDEAS (the LSE’s foreign policy think tank), and visiting fellow at the Rothermere American Institute at the University of Oxford. He is a columnist at The Wire and a member of the advisory board of INCT-INEU (Brazil’s National Institute of Science and Technology for Studies on the United States).