UNSC to Discuss Kashmir Move on Friday, India Plays it Down

As Pakistan has been leading a protracted endeavour to corral support against India, the latter has been on a covert global campaign to ensure international opinion on Kashmir remains favourable.

New Delhi: While China has sought closed-door informal consultations at the United Nations Security Council on India’s decision on Jammu and Kashmir, Indian officials have been eager to play the incident down, stressing that it is going to be a meeting with no formal records or outcome.

Earlier in the day, news agencies had reported that China had, on Wednesday, backed Pakistan’s August 13 letter to UNSC president, Poland’s Joanna Wrencka, calling for an emergency meeting of the Council to discuss India’s actions related to the removal of Jammu and Kashmir’s special constitutional status.

Pakistan had sought a meeting under Rule 37 of UNSC’s provisional rules of procedure, through which a non-member may be allowed to speak in a formal meeting of the Council.

Also read: Journalist Detained in Kashmir; Family in the Dark About Charges

However, to schedule a formal meeting, the UNSC president would have to get the assent of a majority of the member states of the 15-member body. With Pakistan’s proposal not garnering the requisite numbers, China then asked for “informal consultations” on the issue. No other UNSC member country joined China in its demand.

The UNSC president agreed to hold the informal consultations on Kashmir under the title of “India-Pakistan Question” on Friday at 10 am in New York, which is 7.30 pm in New Delhi.

It is not likely that any statements will be released after the meeting as the release of a note would also need a green light from a majority of the UNSC members. According to officials familiar with the procedures, a statement by an UNSC president, after the end of a closed-door consultation, would require the assent of all five permanent members.

While Pakistan is likely to claim a diplomatic victory in the fact that Kashmir has become the subject of informal consultations at the UN, Indian officials claim that they are not worried.

“These are just informal talks, only for Council members. There are no records kept and no formal outcome can be expected,” said a senior government official.

With the rest of the permanent members or P-5 – the US, Russia, the UK and France – not keen at all to debate Kashmir formally, Indian officials anticipate that the informal consultations will be the end of the road on the international attention on Article 370.

They assess that the current mood in the Council and the international community is linked to the situation on the ground in Kashmir, where there have been, so far, no reports of large-scale fatalities after the security and communication clampdown. There have, however, been stone-pelting incidents in Srinagar, with hospitals witnessing a steady stream of patients with pellet injuries.

After his quick trip to Beijing, Pakistan foreign minister Shah Mehmood Qureshi had stated that China was ready to “fully support” their South Asian ally in the Council.

There had been no public confirmation or denial from the Chinese foreign ministry on Qureshi’s statement.

However, China’s backing of Pakistan is not surprising due to their close ties and also in the light of Beijing’s strong statement on August 6 where it had described the creation of the Union Territory of Ladakh as “unacceptable”.

Following the dash by Qureshi to China, Indian external affairs minister S. Jaishankar also held pre-scheduled talks with his counterpart Wang Yi on August 12 in Beijing. While the separate press releases of the two foreign ministries did mention that recent Kashmir developments been discussed, both had been silent on whether the two countries had talked about China’s probable actions at the United Nations.

Pakistan’s letter to the UNSC president, a day after India-China talks, would have almost certainly been sent only after assurance of Chinese support.

Incidentally, this was Pakistan’s second letter to the United Nations.

On the day the Centre removed Jammu and Kashmir’s special status and bifurcated the state into two Union Territories, Pakistani foreign minister Shah Mehmood Qureshi had shot off identical letters to both the UN Secretary General and the UNSC president, alleging that India was attempting to “strengthen” its hold by “abrogating the special status” and that such an action was tantamount to “annexation”.

Pakistan had urged the developments to be brought to the attention of the Council on the grounds that India’s action violated UNSC resolutions and had “serious implications for peace and security in South Asia”.

Under Article 35 of the UN charter, any member can bring “any dispute, or any situation of the nature referred to in Article 34, to the attention of the Security Council or of the General Assembly”.

However, Pakistan’s first letter had only asked for the Polish president to “bring these developments to the attention of the Council”.

While Pakistan has been conducting a visible diplomatic campaign around the Kashmir issue, complete with calls and meetings with foreign leaders, Indian officials have also been speaking to their counterparts, both in New York and around the world.

For example, on Thursday, Indian ambassador D.B. Venkatesh Varma met with the Russian deputy foreign minister Alexander Pankin in Moscow to discuss “issues of bilateral cooperation at UN”. The low profile of the Indian campaign, with no press statements from New Delhi, has been deliberate, as per sources.

The Kashmir issue has been on the agenda of the Council since 1948 under the title of the “India-Pakistan question”. A group of UN peacekeepers, under the aegis of the UN Military Observer Group in India and Pakistan (UNMOGIP), have been stationed in both countries to monitor ceasefire violations since 1949. However, India has not cooperated with the UNMOGIP since the 1972 Simla agreement.

The last time UNSC debated an “India-Pakistan” question was in December 1971, triggered by India’s declaration of war and invasion of what was then East Pakistan.

The Security Council president had taken up the issue based on a report of then Secretary General U Thant and missives from Argentina, Belgium, Burundi, Italy, Japan, Nicaragua, Somalia, Tunisia, the UK and the US. 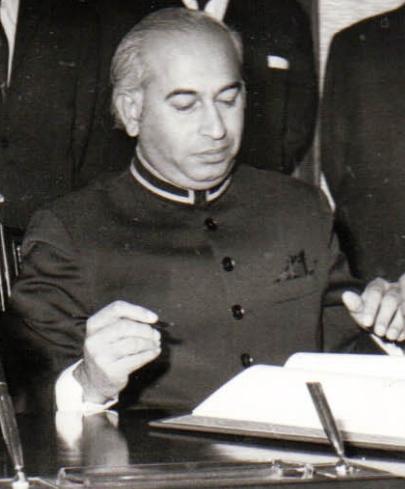 In 1971, the discussion had largely centred on the Bangladesh war in the eastern border. But only five years before that, Kashmir had been very much at the heart of the debate held around the horseshoe table.

The opening paragraphs of the 1964 letter from Pakistan foreign minister Zulfikar Ali Bhutto to the UNSC president (from Bolivia) are resonant in the current context. Dated January 20, Bhutto calls on the UNSC president to convene a meeting to address the “grave situation” arising out of India continuing “to destroy the special status of the State in arrogant disregard of the resolutions of the Security Council”. The debates in the UNSC from February to May 1964 were inconclusive.

Next year, from September to November 1965, Kashmir was again considered by the Security Council following the India-Pakistan war, with the participation of both countries. As per UN records, India had drawn the attention of the Security Council to the “second massive aggression against Kashmir” by Pakistan, after “Pakistani aggression on the Indian State of Jammu and Kashmir in 1947-1948”.

Thereafter, Kashmir has been mentioned as part of a UNSC resolution condemning the 1998 nuclear tests by India and Pakistan.

Earlier this year, UNSC president, Anatolio Ndong Mba of Equatorial Guinea, issued a press statement condemning “in the strongest terms the heinous and cowardly suicide bombing in Jammu and Kashmir”.

However, the statement was issued on February 21 – a week after the Pulwama attack. The delay reflected the torturous negotiations that happen behind the scenes as diplomats haggle over each word used in statements. The compromise acceded to China in the UNSC press statement was that the attack was not described as a “terror” incident, even though the rest of the paragraphs did talk of fighting “terrorism in all its forms and manifestations”.

In taking decisions in the Security Council, the president – the post is rotated among the member countries – has a lot of latitude. As the country with the current president, Poland has been getting a lot of attention from India and Pakistan, both in Warsaw and New York.

Speaking to The Wire earlier this week, Polish envoy to India, Adam Burakowski, had said that his country wanted India and Pakistan to resolve the latest flashpoint bilaterally, but would also be willing to engage at the Security Council if required. He underlined that these two phrases had to be assessed “together, not separately”.

After Poland, the security council presidency in the next four months of 2019 will be held by Russia, South Africa, UK and the US, in this order. Indian officials do not anticipate either of the four countries to call for any formal step against India.

From India’s perspective, the response from Russia, the UK and the US has largely been favourable, as they have been cautious without showing any signs of urgency. South Africa has not issued any statement. South African president Cyril Ramphosa had been India’s chief guest at the Republic Day celebrations this year.