India said though it supports any genuine initiative to achieve meaningful and comprehensive reform, the resolution "demands much more serious, in-depth, and inclusive deliberation". 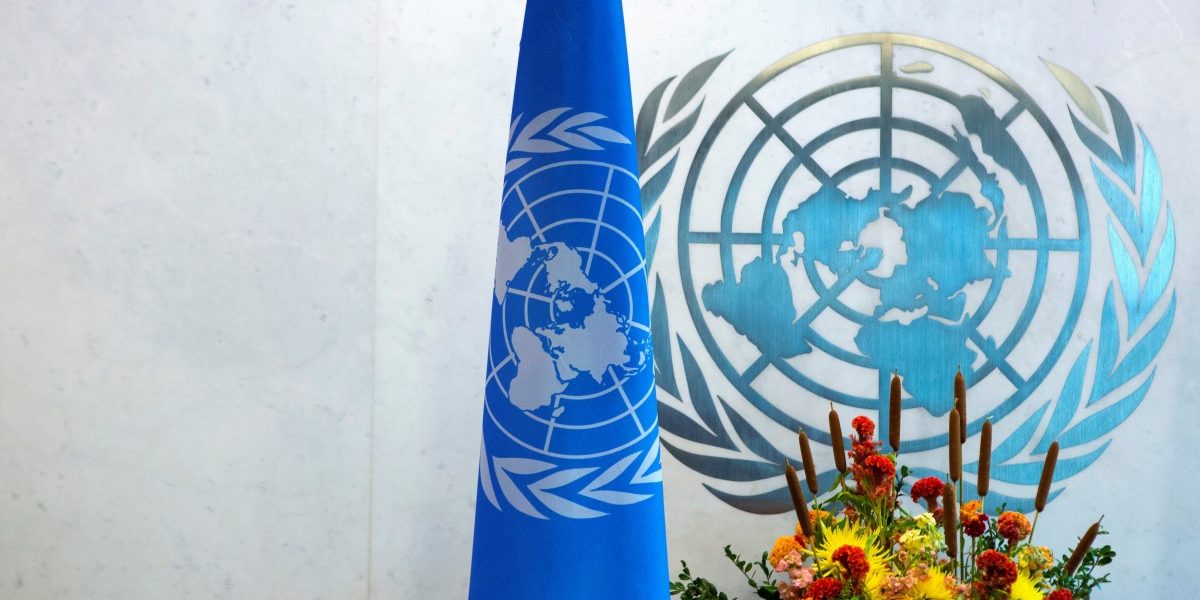 A United Nations logo and flag are seen during the UN General Assembly at UN Headquarters in New York. Photo: Reuters/Eric Thayer/File Photo

New Delhi: The United Nations General Assembly on Tuesday adopted by consensus – i.e. without voting – a resolution that would require the five permanent members of the Security Council (UNSC) to justify their use of the veto power but India called the development a “piecemeal reform”.

The resolution, titled ‘Standing mandate for a General Assembly debate when a veto is cast in the Security Council’, was moved by Lichtenstein and was cosponsored by 82 other countries. While veto reform has long been discussed, the move appears to have been triggered by the Russian invasion of Ukraine. Russia, one of the five permanent members, has used its veto to stymie action in the UNSC – the agency that is tasked by the UN Charter of intervening in conflicts as the guarantor of global peace.

The #UNGA just adopted (without a vote) draft text L.52 titled “Standing mandate for a General Assembly debate when a veto is cast in the Security Council” ℹ️ https://t.co/ZUAgU4tWZ8 https://t.co/lVafRZTGVt

India said though it supports any initiative that genuinely furthers the objective of achieving meaningful and comprehensive reform, the current resolution “demands much more serious, in-depth, and inclusive deliberation than was allowed by the movers of this text”.

Ambassador R. Ravindra, the deputy permanent representative of India to the UN, pointed out that India had in the past suggested a similar initiative which was described as “piecemeal” by the same set of member states who are today supporting a similar initiative.

“When a group of pro-reform member states, including India, had moved a similar such initiative nearly a decade ago, which also called for an improvement in the working methods of the Council, we were accused of promoting a piecemeal approach to UNSC reform,” he said.

“It is therefore ironical that the same set of Member States who argue vociferously against ‘piecemeal reform’ in the IGN, are today themselves supporting a piecemeal initiative, which ignores the root cause of the problem. We therefore hope that other piece meal efforts focusing on aspects of category of membership and working methods of the Council would be treated without any double standards and with a similar yard stick in future,” Ravindra said.

“We regret the lack of inclusivity in the manner this resolution was put forth. We have serious concerns about such ‘take it or leave it’ initiatives which do not make a genuine effort to take into account the perspectives and concerns of the wider membership,” he added.

He also said that all five permanent UNSC members have used the veto over the last 75 years to “achieve their respective political ends”.

India has so far abstained from voting on all matters related to the Ukraine-Russia crisis in the UN’s organs. While it has not explicitly condemned Russia’s actions, it has called for the protection of territorial integrity.

“This resolution entails structural changes in the relationship between the General Assembly and the Security Council, which will impact the mandates and independence of these two Charter bodies. It will also have an effect on the internal decision-making dynamics of the Council,” Ravindra said.

What does the resolution do?

The resolution will take immediate effect and accords on an exceptional basis, precedence to the veto-casting states in the speakers’ list of the subsequent General Assembly debate, thereby inviting them to account for the circumstances behind the use of the veto.

Liechtenstein’s UN Ambassador Christian Wenaweser said all the member states had given the Council the primary responsibility for the maintenance of international peace and security, and agreed that it acts on their behalf. He underscored that the veto power comes with the responsibility to work to achieve “the purposes and principles of the UN Charter at all times”.

“We are, therefore, of the view that the membership as a whole should be given a voice when the Security Council is unable to act, in accordance with this Assembly’s functions and powers reflected in the Charter, particularly Article 10,” he said.

According to UN News, Article 10 spells out that the Assembly may discuss any questions or matters within the scope of the Charter or the powers and functions of any organs provided for within it, and, except as provided in Article 12, “may make recommendations to the Members of the United Nations or to the Security Council or to both on any such questions or matters.”