'Of course, we don't tolerate persecution where it appears anywhere but I am not sure I agree at all with the characterisation that the honourable gentleman has put forward,' Rishi Sunak said in response to an MP's question on the documentary. 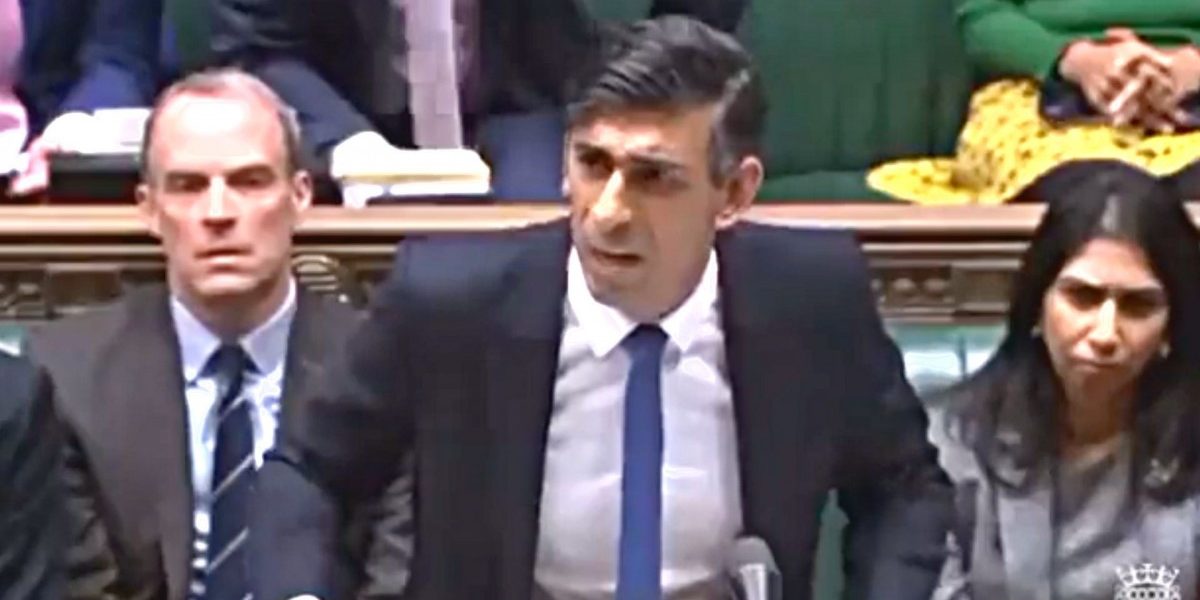 New Delhi: While the BBC documentary that looks at Prime Minister Narendra Modi’s role in the 2002 Gujarat riots continues to drive conversation within India with the Union government calling it “propaganda”, in the UK, Prime Minister Rishi Sunak has commented on it in the parliament. The BBC, meanwhile, has responded defending its film and noting that the Indian government did not respond when it was offered an opportunity to.

‘India: The Modi Question,’ looks at “the tensions between Prime Minister Modi and the country’s Muslim minority”, as well as “investigating claims” concerning his role in the large-scale communal violence that erupted in Gujarat in the months of February and March, in 2002, that left “over a thousand dead.”

According to tweets carrying videos of British house proceedings, Imran Hussain, a British MP, brought up the documentary to Sunak.

“He [Modi] was in the FCO’s own words, ‘directly responsible for the violence’. Given that hundreds were brutally killed and that families across India and the world, including here in the UK are still without justice, does the prime minister agree with his diplomat in the foreign office that Modi was directly responsible and just what more does the foreign office know of his involvement in this grave act of ethnic cleansing?” the MP asked.

Sunak appeared to defend Modi in his reply.

“Mr Speaker, the UK government’s position on this has been clear and long standing and hasn’t changed. Of course, we don’t tolerate persecution where it appears anywhere but I am not sure I agree at all with the characterisation that the honourable gentleman has put forward,” he said.

A day ago foreign ministry spokesperson Arindam Bagchi said that the government thinks “this is a propaganda piece designed to push a particular discredited narrative.”

“The bias, the lack of objectivity, and frankly a continuing colonial mindset, is blatantly visible,” he added.

BBC has stood by its documentary, noting that it met the highest editorial standards. In a statement it said:

“The BBC is committed to highlighting important issues from around the world. The documentary series examines the tensions between India’s Hindu majority and Muslim minority and explores the politics of India’s PM Narendra Modi in relation to those tensions. This has been the source of considerable reporting and interest both in India and across the world in recent years.

It also noted that the Indian government declined to respond when it was given the opportunity to reply to the issues raised in the documentary.

“The documentary was rigorously researched according to highest editorial standards. A wide range of voices, witnesses and experts were approached, and we have featured a range of opinions – this includes responses from people in the BJP. We offered the Indian Government a right to reply to the matters raised in the series – it declined to respond.”

The documentary, which is not available for viewing in India, is learned to have featured Swapan Dasgupta, Rajya Sabha MP nominated by the Bharatiya Janata Party.

When the documentary was first advertised, supporters of Modi had not taken the announcement well and advised BBC to do a documentary on the 1943 Bengal Famine which is believed to have been engineered by former British PM Winston Churchill. In fact, BBC was accused of and even partially upheld a complaint which alleged that it had flouted its own impartiality guidelines while presenting a picture of Churchill that heavily implied he was guided by racism. Over 3.8 million Bengalis died in the famine.