The “Kurdish question” is a practical tool for the ruling political elites to ease political turbulence by unifying right-wing nationalist civil society under the flag of Turkish chauvinism.

Turkey’s “Operation Peace Spring”, which aims to displace Kurds and establish, what President Recep Erdogan calls, a 20-mile ‘safe zone’ alongside the 400 km Turkey-Syria border, has been condemned by most countries.

The commentaries and analyses of Turkey’s latest onslaught on the Kurds have mostly focused on the history of the Kurdish-Turkish conflict and its relation to Turkey’s national security concerns and the Syrian refugee crisis. But there are two crucial reasons that have been overlooked: the economic crisis in Turkey as well as Erdogan’s political challenges at home.

A less highlighted rationale behind Turkey’s invasion of Syria is that Turkey is seeking to lift its economy out of the ongoing economic crisis. In fact, Turkey’s debt-driven economy has long been suffering from the structural pressures of currency exchange rate valuation risks and liquidity risks. The crisis has been further deepening this year, as the Turkish lira has lost value against the US dollar, the stock market has continued to decline and government borrowing costs have become more expensive than ever before.

Furthermore, as the Fitch report underlines, Turkey’s current policy responses to the deepening economic crisis have fallen well short of stabilising the currency and economy, leading to predictions for a deepening recession unless Turkey could make a ‘greater effort’ beyond ‘incomplete policy responses’ to balance the large current account deficit and external financing requirements.

Here, the Turkish construction industry requires particular attention as it has been the locomotive of the Turkish economy, particularly since the 2001-2002 debt-crisis. Nonetheless, despite being the largest employer in Turkey and the second largest exporter – only behind China – in the world, long gone are its shining days when it outperformed all other industry sectors in Turkey.

The Turkish construction industry has been facing an oversupply crisis, demanding new profitable spaces to explore and develop. Turkey’s ‘safe zone’ plan promises a $26b-worth new market for the industry, which could boost the Turkish economy’s recovery. As a matter of fact, and quite unsurprisingly, shares of Turkish cement firms have risen for two straight days on expectations of a much-needed building boom. Erdogan has been looking forward to this for a long time. 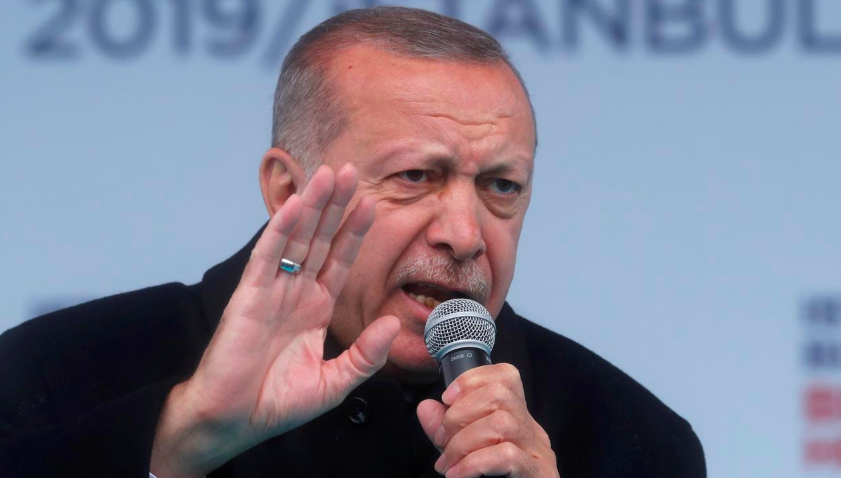 “Natural security” as a handy tool

The second rationale that needs to be stressed here is Erdogan’s management of political challenges at home through a new cross-border war against the Kurds. The “Kurdish question” has always been a practical tool in the hands of the ruling political elites in Turkey to maintain their political power and to ease political turbulence by reunifying right-wing nationalist civil society and political organisations under the flag of Turkish chauvinism.

As outlined previously, in the case of Academics for Peace, this handy solution has been put into practice by Erdogan, particularly after the June 2015 Turkish general elections, when the Justice and Development Party (AKP) failed to win a majority in parliament for a single-party government.

It is clear that the same logic of practice has been put into action with Turkey’s military attack on the Kurds in Syria to silence growing critical voices in the midst of a worsening Turkish economy. What makes Turkey’s historical anti-Kurd strategy distinctive in the case of Syria, however, is the geographical ‘location’ of the war. In fact, the implementation of Turkey’s historical anti-Kurd doctrine beyond Turkey’s border allows Erdogan to manage the political challenges faced by the regime.

In contrast to the political and military oppression of Kurds in Turkey, a cross-border operation offers a wider political ground to establish an expanded consensus between conflicting parties, since it has been portrayed as the ‘national’ interest of the Turkish people that should be defended against the ‘others’, regardless of the differences in their political opinions and class positions. As developments in the political spheres of Turkey have shown, Turkey’s invasion of Syria has successfully united the ruling and opposition parties against the ‘eternal enemy’ in Syria. 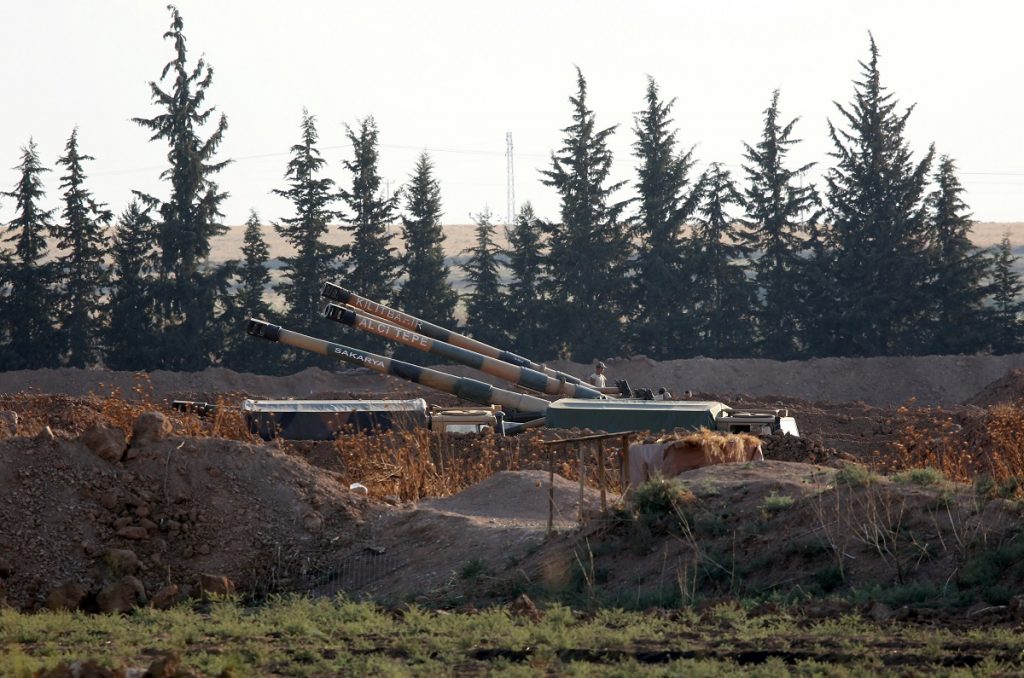 Turkish army howitzers are positioned on the Turkish-Syrian border, near the southeastern town of Akcakale in Sanliurfa province October 7, 2019. REUTERS/Stringer

Building its anti-Kurd war strategy, Erdogan not only re-consolidates his declining power by recovering its coalition with the nationalist MHP, which has become more fragile, particularly after local elections in June 2019, resulting in the AKP’s political loss of key metropoles, including Istanbul and Ankara. Erdogan also capitalises on the Syria war by forcefully “acquiring” pro-Kurdish HDP municipalities in Kurdish-majority provinces and towns in Turkey, as he simply ordered a number of Kurdish mayors to be put on trial and replaced.

It is also obvious that, by locating the frontlines of its anti-Kurd war beyond Turkey’s national boundaries, Turkey minimises unfavourable social, political and military outcomes of this strategy at home. More importantly, however, Erdogan’s preference for the military presence of Turkey in Syria under the pretext of ‘national security’ provides a guaranteed seat at the table in any future negotiations over the geopolitical future of the Middle East.

Overall, Turkey’s political and military agenda in Syria cannot be understood fully by focusing solely on the Kurdish-Turkish conflict. Bigger issues are at play. The war is timely as it provides an answer to the economic and political woes at home. The geopolitical future of the whole Middle East is at stake, which vested interests in Turkey want to be part of.