Turkey's Democracy Is Alive and Kicking

For Turkish president Erdogan, the loss of Istanbul – in a re-run mayoral election – after 25 years is symptomatic of the cracks within his authoritarian control of the country.

June 23, 2019, will no doubt go down in the history books of Turkey. It was exactly 19:15 local time when various media outlets began releasing the results. In the first election, Imamoglu eked out a margin of 13,000 votes ahead of the former prime minister. This time, his advantage was nearly 800,000 votes. For many in Turkey that is more than a sign. It is a wake-up call: democracy in Turkey is still alive.

One indication of this is that all of Imamoglu’s political opponents, who had showered him with insults and defamations during the campaign, subtly congratulated him on his success, even President Recep Tayyip Erdogan.

For the president, this defeat is without a doubt a full-on slap in the face. With all of the means at his disposal, he tried to get his candidate to win, even going so far as to put the Supreme Electoral Council under pressure. Yet the electorate made him pay a stiff price.

Even the votes of ethnic Kurds were sought by the AKP in an unprecedented way. However, the pro-Kurdish Peoples’ Democratic Party (HDP) had called on their supporters to vote for Imamoglu.  For the first time in Turkey, I’ve seen people outwardly express their desire for democracy.

Shortly after the Supreme Electoral Council set the rerun election date for June 23, many vacation spots urged Istanbulites to cancel their holidays and stay home for the vote. Special means of transportation were deployed, busses chartered and carpooling organized to bring people to Istanbul to cast their ballot.

It turned out that hundreds of thousands – some even claim 1.5 million voters – came to Istanbul for 24 hours to cast their ballots. Bridal couples, before they said their vows, first went to the voting booths. A taxi driver I talked to said: “I have always chosen the AKP. I will not do it this time. We need justice. We are believers and not hypocrites!” 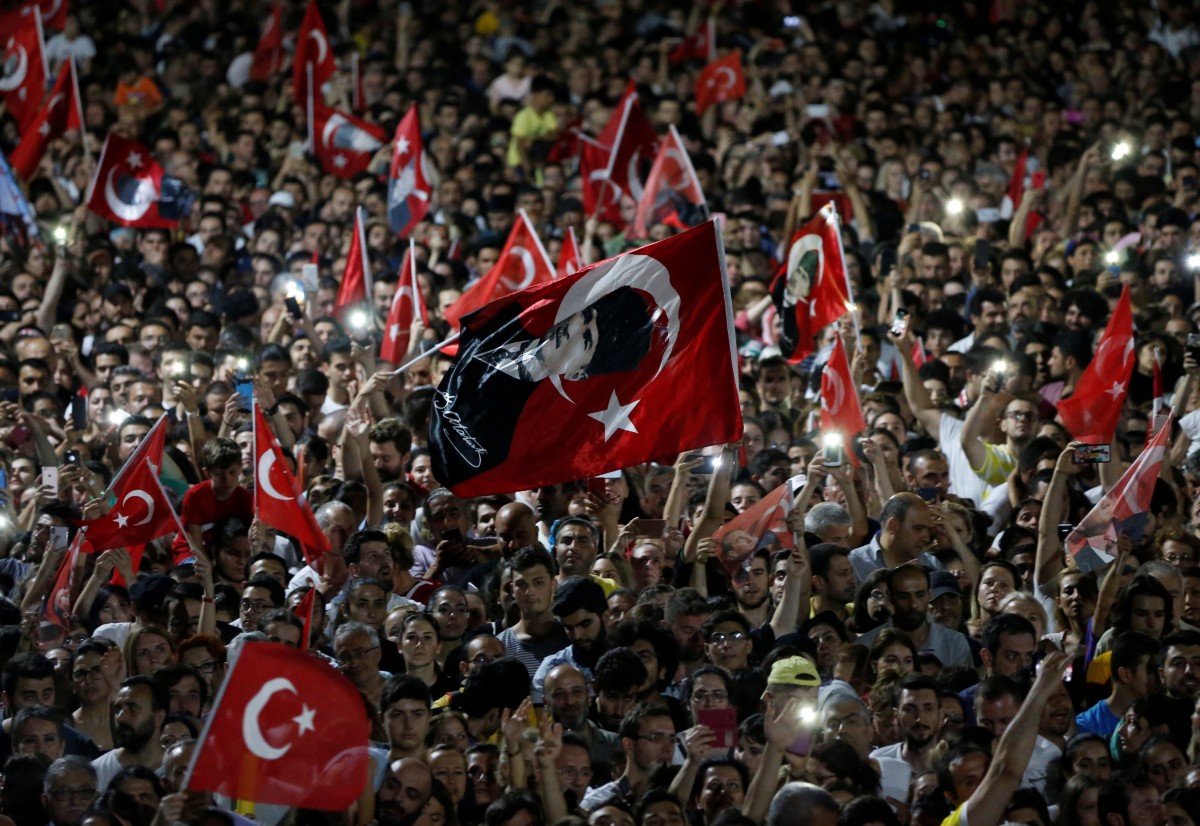 What does it mean for Erdogan’s AKP?

Erdogan now finds himself in a huge dilemma. He can no longer continue in the same fashion with hard-line policies, restrictions on the press and pressure on members of the opposition. In addition to the foreign policy tightrope he has long walked, he now faces a new domestic political force.

The loss of Istanbul after 25 years — as mayor of Istanbul, he launched his rise to the highest level of political power — will also leave its mark on him. There are even signs that his former allies have been waiting for this historic defeat in the metropolis on the Bosphorus.

It has been rumoured over the past weeks and months that founding members of the AKP plan to launch a new party, an idea that may gain greater traction with the CHP victory in Istanbul.

Is this the end of Erdogan? Hardly likely. Erdogan will not let this defeat bring him down. Is this a turning point for Erdogan? Absolutely. Erdogan has two paths he can take: He can continue with an even harder course or he can do everything, including reaching compromises, to stay in power.

His biggest goal is still to remain president until the 100th anniversary of the Turkish Republic in 2023, which coincides with the next scheduled parliamentary and presidential elections. To do so, Erdogan will have to make more compromises in the future — perhaps for the first time in his political career.