Tulsi Gabbard, the First Hindu in a US Presidential Race, Unlikely to Succeed

The Democrat from Hawaii is a favourite of the Modi government, but is of sync with her own party. Her endorsement of authoritarian figures like Syria's Assad don't help. 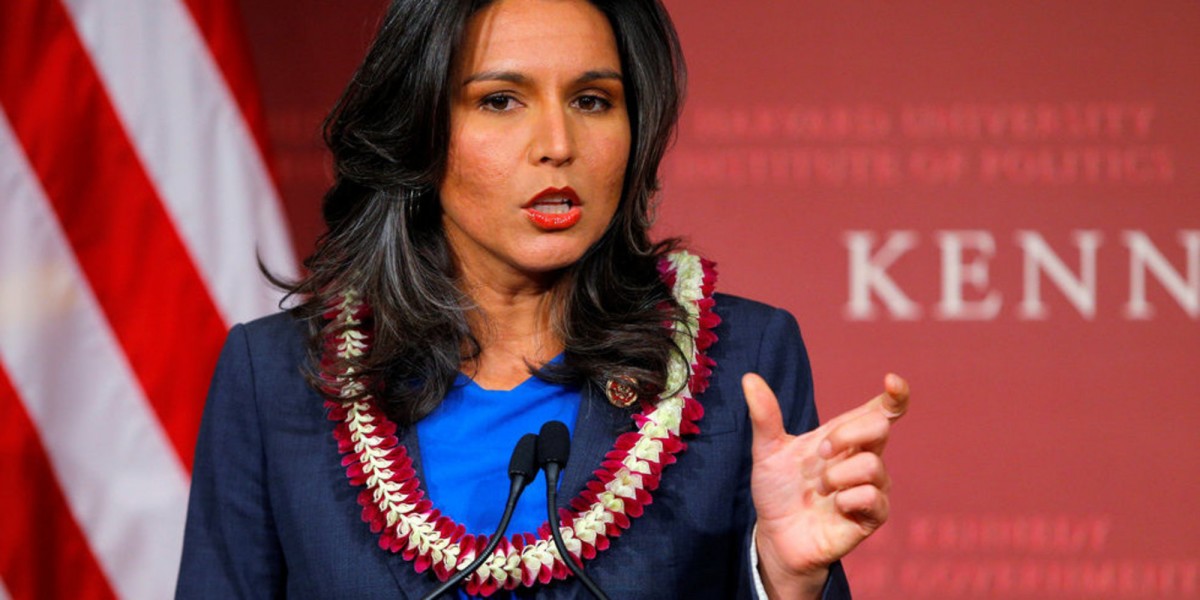 New Delhi: In January 2016, Number 109 in the official list of Padma awardees was “Hui Lan Zhang” in the field of yoga from “China”.

An award for a Chinese yoga teacher did not raise any eyebrows as it was in keeping with the Indian government’s promotion of the ancient practice. It came within a year of the first international yoga day and Prime Minister Narendra Modi’s sojourn of China, which featured ample photo-opportunities of him doing yoga.

Zhang introduced yoga to China through a show on state television. But as a 2013 Wharton article noted, her heyday was in the 1990s. She also did not reside in China anymore, but in Hawaii – which is a clue to her other ‘Indian connection’.

Also Read: Democrat Tulsi Gabbard Says She Will Run for US President in 2020

Zhang, who goes by the Hawaiian name Wai Lana, is married to Chris Butler, “Gurudev” for the US’s only Hindu-American congresswoman – and now one of the Democratic party’s presidential hopefuls, Tulsi Gabbard. 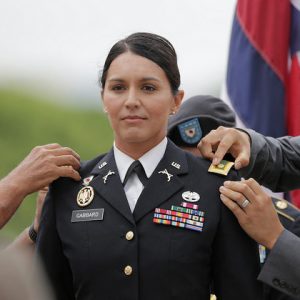 Gabbard at the ceremony of her promotion to major on October 12, 2015. Credit: Wikipedia

In a 2017 New Yorker profile, Gabbard indicated that Butler, who splintered away from the Hare Krishna movement, had formed her Hindu beliefs through the “gift of this wonderful spiritual practice that he has given me”.

None of the media reports in 2016 cited this link between Hui Lan Zhang, Gabbard and the Padma Shri award. But it is at least a startling coincidence that the wife of Gabbard’s ‘gurudev’ received an Indian civilian award when New Delhi’s courtship of the US lawmaker was at its peak.

Hindu, but not of Indian origin

The four-time representative from Hawaii is, of course, not of Indian origin, but Samoan in ethnicity. She converted to Hinduism in her teens and took her oath, when entering the US Congress, on the Bhagavad Gita.

Her 2012 election immediately drew the attention of the Hindu American community. In December 2013, their interest was further bolstered when she opposed House Resolution 417 – which condemned the 2002 Gujarat riots – saying it was an attempt to influence India’s general elections the following year.

According to the Intercept, an analysis of her financial disclosures from 2011 to October 2018 found that a third of her overall donations came from 800 donors with names of Hindu origin.

Another website, Sludge, reported that office-bearers of the Hindu American Foundation (HAF) had donated over $24,000 in her last election cycle.

Despite Indian-American senator Kamala Harris also throwing her hat in the ring, Gabbard is more likely to raise funds from US Hindu organisations. “Kamla Harris may have stronger credentials, but she has been in politics only since 2016,” said a senior Indian diplomat. “She identifies herself more with the African-Americans than Indian-Americans. But she will reach out to the latter as well.” 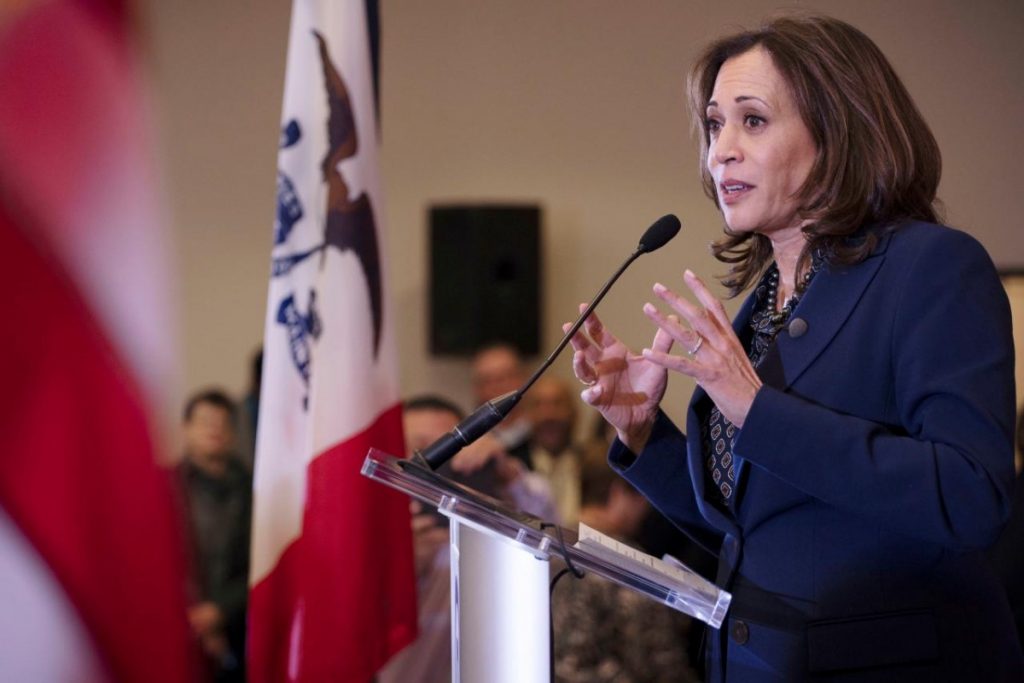 The HAF, however, claimed that their role had been misrepresented. It would be was “Hinduphobic and xenophobic”, it said on its website, to insinuate that Gabbard had a “special relationship” with the Indian government due to a “shared religion”. They claimed that Gabbard’s meeting with Modi was no different from the encounters of bipartisan US Congressional delegations.

Yet other delegation visits were organised by the US government for groups of lawmakers. Gabbard, in contrast, visited India in December 2015 on a three-week solo trip on a “personal invitation” of the Indian prime minister, according to her own website. The invitation was conveyed when Gabbard met with Modi during the latter’s first trip to the US as Indian PM in September 2014.

Also Read: As US Gears up for 2020, Elite Politics Is Moving Further Away From the Electorate

On her campaign site, Gabbard boasts of her “friendship” with Modi in the page about her “foreign affairs experience”.

The red carpet rolled out for Gabbard in India did not go unnoticed.

After her India tour, Gabbard addressed the charge that she was the Sangh’s “mascot”. Asserting that she had no affiliation to the RSS, Gabbard told Quartz that “people on both sides, for their own purposes, try to say I somehow favor, or am part, of the BJP or take photos of me at Indian events and circulate them for their own promotional reasons”.

Despite these protestations, Modi is ubiquitous in profiles of Gabbard in the US media. Her proximity to Hindu American organisations and praise for the Indian PM is invariably linked to the 37-year-old lawmaker’s appreciation for international strongmen such as Egypt’s Abdel Fattah Al-Sisi and Syria’s Bashar Al-Assad.

Gabbard’s conservative positions on foreign policy – for instance, on radical Islam – even elicited praise from President Trump’s former strategist Steve Bannon. In November 2016, Bannon arranged a meeting between the Democrat from Hawaii and then president-elect Trump, setting off speculation that Gabbard was set for a role in the Trump administration.

In January 2017, she went to Damascus without informing her party leadership, and met with Assad. That meeting has since haunted Gabbard – she will have to answer for her endorsement of Assad through her bid for the Democratic presidential ticket.

Her stance that US should support Assad’s fight against ISIS, and remove support from anti-Assad rebels, was rooted in her belief that the US should not intervene abroad, which is in turn shaped by her combat duty in West Asia.

Out of sync with the Democratic party

After Trump won the presidential election on an isolationist platform, promising to wrap up US military presence abroad, the Democrats have moved into the vacant space. Gabbard’s anti-interventionist positions were no longer in sync with the more muscular foreign policy supported by the party mainstream.

The muted response to her announcement on January 11 would have been a surprise just two years ago.

Then, Gabbard had endeared herself to the progressive left by endorsing Bernie Sanders over Hillary Clinton in the 2016 primaries. The New York Times called her the “rising Democratic star”.

But even those Democrats who continue to be guided by opposition to Bush-era foreign wars have questioned her record.

In 2016, the Democrat Socialists of America commended Tulsi Gabbard for her “bravery” in backing Sanders. By October 2018, however, the DSA’s national director Maria Svart was raising concerns about her, despite their convergence over ‘Bernie’ and other economic issues.

“She falls short on some issues compared to what we’d expect from a Democratic socialist, particularly around supporting US intervention abroad and the Hindu nationalist policies of Modi in India,” said Svart.

A more recent New York Times article described Gabbard’s“chameleon-like” effort to find a solid base within her party. 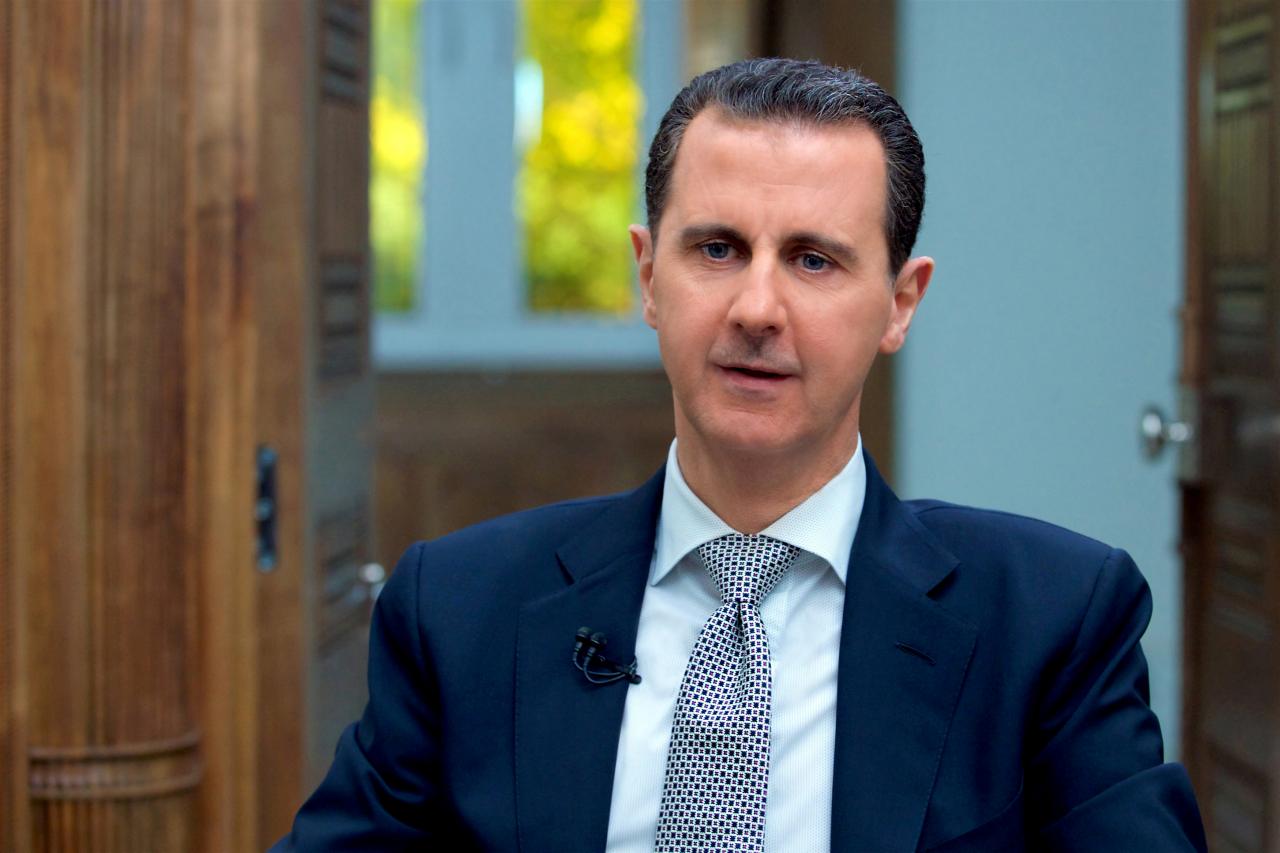 Gabbard’s meet with Syria’s President Bashar al-Assad did not go down well. SANA/Handout via REUTERS/File Photo

The antipathy among the Democrats for Gabbard’s presidential run was, perhaps, best captured by the headline of an article in Vanity Fair. “Is Tulsi Gabbard the Jill Stein of 2020?” it asked, referring to her ‘spoiler’ potential à la the 2016 Green Party presidential candidate.

These fears were overblown, but “only because Gabbard’s presidential aspirations are probably dead on arrival”. Last week, Gabbard issued an apology for her previous remarks opposing same-sex marriage, which were largely influenced by her father and Butler’s views on homosexuality.

Indian officials, who are keeping an eye on the evolving presidential battlefield in the US, also acknowledge the signs. Nevertheless, they say Gabbard still has a long path ahead of her in US politics. “Tulsi has no chance in 2020, but she definitely has a future,” said a senior government official.